The time has come for individuals in same-sex, monogamous, lifelong relationships to get recognition in congregations across the country – and possibly get elected as members of clergy. This decision and more were made at the Evangelical Lutheran Church of America’s church-wide assembly in Minneapolis a few weeks ago.

It’s a difficult and compelling time for the ELCA, according to Rev. Tessa Moon Leiseth. The main partition existing now involves the resolution stating that the ELCA allows congregations to recognize and hold publicly accountable for lifelong, monogamous, same-sex relationships. Another resolution states that people in those same relationships can serve as rostered leaders of the church.

“That is the division right now,” Leiseth said. “It seems like there’s a real concern to hold the ELCA together and to recognize that we don’t all agree; we’re not all going to agree. Instead, we can say this is how we’re going to live in this disagreement and the ministry practices we’re going to live by.”

Religion Professor Roy Hammerling points out the ELCA’s history of dealing with controversial issues in the past in order to understand its present and future decisions. The women’s ordination in 1970 in particular, where women were finally allowed into the ELCA, was a very controversial topic. But over 30 years later, it seems strange that women would be held back in such a way.
Hammerling makes the point that so many things happen in the future which may seem improbable at the time but ludicrous when thought back on.

“People realized it was not only appropriate but it should be celebrated, even though it was extremely controversial,” Hammerling said. “The church wrestles with certain ethical issues from time to time and it makes decisions about them in light of study, prayer, debate, discussion, and it changes its mind with certain issues.”

According to Rev. Tim Megorden, there are implications in terms of our levels of comfort in the family of faith. Megorden said he was excited about the agreement of being increasingly hospitable on the church level.

“I’m very supportive of a church that welcomes a much broader community than we have in the past,” he said. “It’s based on a belief that God’s hospitality embrace is always larger than ours. I think we as people of faith are going to be way more surprised at how large the table is in God’s kingdom now.”

Campus Ministry Commissioner Kyle Meerkins says that this is a lesson in understanding the wide welcome of God, though he is nervous for what this new decision will mean for the ELCA and the whole church, since it has the position to divide rather build people up.

“I think it’s cool when the church gets to be a leader in this type of thing,” he said, “vastly succeeding where the country as a whole is at. People just need to understand that it’s not going to disappear if you ignore it.”

The sense of welcome will be much more open because of the ELCA decisions, and Megorden hopes those who are really fussed up about it would say the ELCA is too welcoming a community for them and that the ELCA has become too much of a reforming movement.

“The history is that we have always been in reformation,” Megorden said. “I think it is a sign that the spirit is active and moving in our midst and we are not stuck in one way of doing things. God continues to create unity in our midst even though there’s a little less uniformity than there used to be or than some would like there to be.”

Provost and Dean Dr. Mark Krejci said the church-wide assembly decisions create opportunities for public moral deliberation, and the church will continue to grow and live into the evolution of the reformations occurring.

Megorden said there’s a lot of reason to be hopeful, and he doesn’t think that this decision will rip the fabric of the faith community; rather, he thinks it is stretching it.

“I’m as excited about emerging new relationships in the church as I am sad about those who might leave because they feel dissatisfied with the same thing that makes me excited,” Megorden said.

Hammerling hopes people on campus will maintain open dialogue during controversial times such as these, particularly since Concordia is a church-affiliated college.

“It’s good to be in a place like Concordia, being able to be open and honest about all the different aspects of this issue and allow the different sides to have conversations to decide who we are in a modern world,” he said. 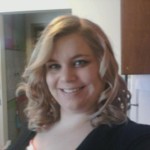