I see London, I see France

By: Meagan McDougall
In: Theatre, Variety
With: 0 Comments 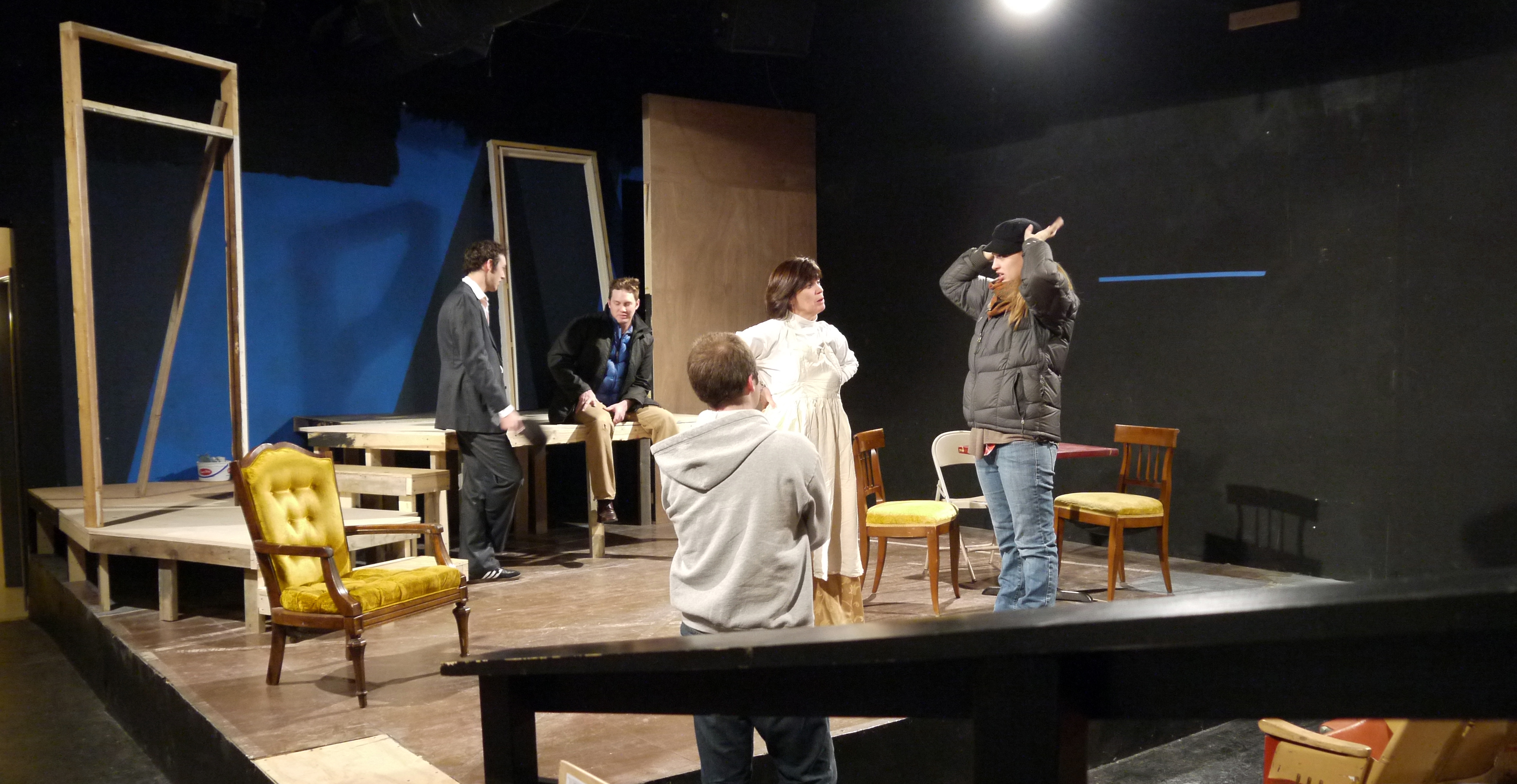 Underpants will be a common sight at Theatre B during the month of February as they present “The Underpants,” a farce written by Carl Sternheim and adapted by Steve Martin.

During opening weekend Feb. 3-6, students who wear underwear over their clothing will get two tickets for the price of one. Additionally, prizes will be given to the students with the most outrageous underwear each night.

The play, which was originally written in 1910, begins with a woman named Louise attending the King’s Parade. As she is straining to see the king pass by, her underpants slip down to her ankles. Because this is highly frowned upon and will potentially ruin Louise and her husband’s reputations, she scoops them up and hides them as she ventures home. The play follows Theo and Louise’s lives in the days after the underpants incident as Theo worries about losing his job and Louise attempts to convince him it was not a big deal, even though both of them are very wrong.

Maren Jystad-Spar, who graduated from Concordia in 2009, will play Louise and said and she is enjoying the comedic role and cast.

“One of the biggest problems I have is staying in character and not letting the funny moment catch up to me,” Jystad-Spar said. “I’m getting familiar with when people will laugh so I can focus extra hard on not laughing.”

Tucker Lucas, the show’s director, said this show is different for Theatre B this time of year, considering that their typical February shows are darker and more serious.

“It’s geared toward people who will think it is funny,” Lucas said. “College students will giggle at many of the jokes peppered throughout. There is a lot of innuendo and sophomoric humor.”

The play, while being full of funny comments and twists, also carries a serious tone.
“The show is very relevant,” Jystad-Spar said. “It challenges what Louise’s place in the house is, how much control she has, and whether she needs to be subservient to Theo. We address it in a way that seems funny so you’re not slapped in the face with a conversation about women’s rights.”

Theatre B typically puts on four shows a year, all of which aim at being contemporary and are different from other plays that could be found in Fargo, Lucas said.

“We always want to choose something that will challenge the audience,” Lucas said.

Additionally, the company will do a few collaborative shows and events each year with local nonprofits to bring awareness to various causes through the arts. For this show,
Theatre B will join with the “Get Your Panties in a Bunch” project, which collects underwear and feminine hygiene products to donate to girls in southern Sudan so they can attend school while menstruating.This project is sponsored by African Heart American Soul, a local organization that supports Sudanese orphans by providing resources and building boarding schools.

“The problem is that in these remote areas, girls don’t have underpants, and they basically have a better chance of dying in childbirth than graduating from primary school,” Deb Dawson, cofounder of African Heart American Soul, said.

The theatre will serve as a drop off for any donations community members would like to bring in.

“I love that Theatre B wants to help us out,” Dawson said. “They are another independent project that brings arts to the community that wouldn’t be here otherwise, and it’s exciting to me that they can team up with an organization working in Africa.”

Tickets are $10 Friday through Sunday for students who show their student identification, but on Thursday shows student tickets are only $5. There is a special Monday, Feb. 14, show for Valentine’s Day, and the company encourages people to reserve tickets ahead of time either by calling or going to their website, www.theatreb.org.

Who knows. Maybe underwear as overwear will be the next big thing after “The Underpants” hits the stage.
Opinions

* I see London, I see France
* Almost all good in “All Good Things”
* Love and Consideration
* And the winner is…