By: Brittany Davila
In: Featured, News
With: 0 Comments 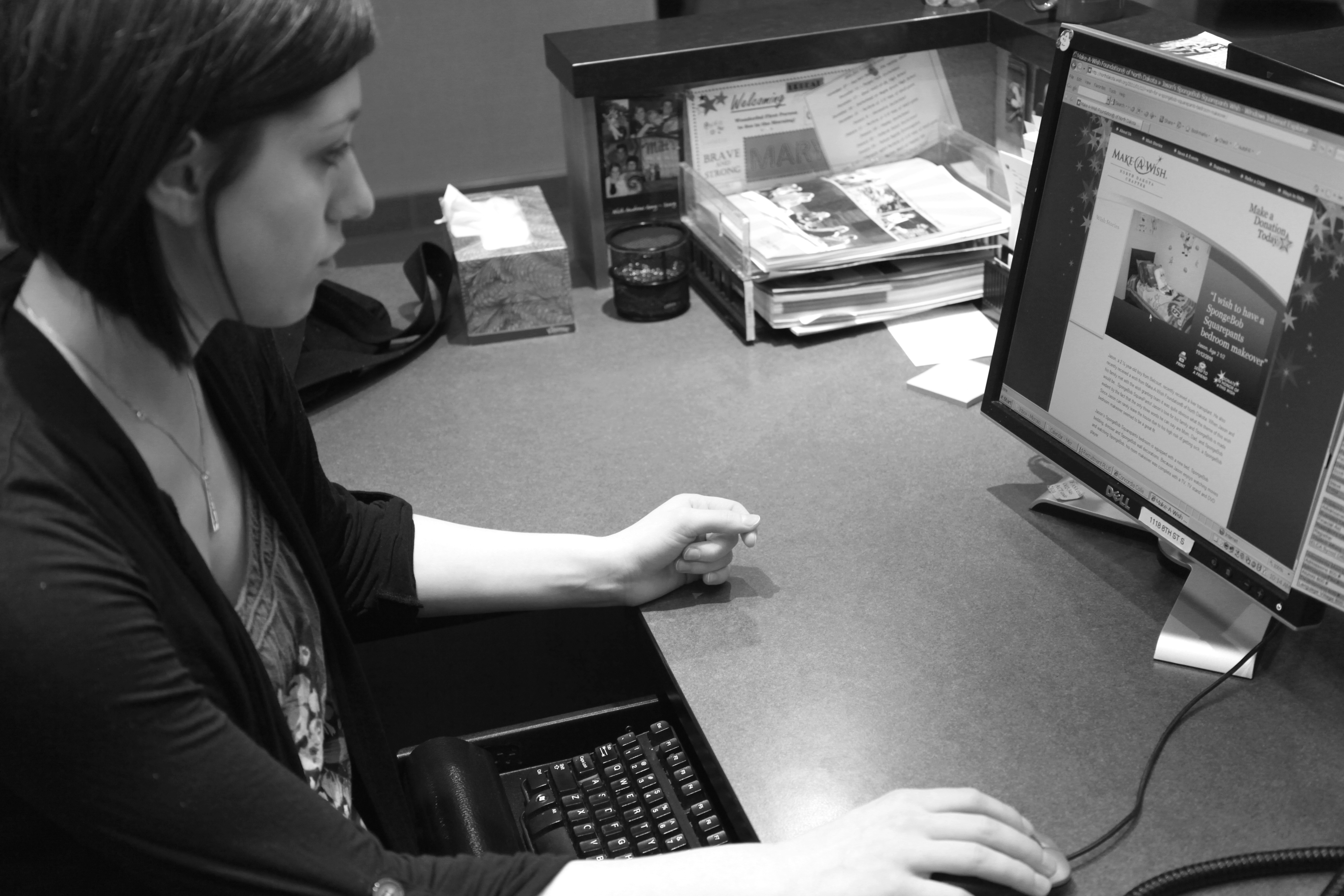 “He could only speak three words. One was mom, one was dad, and one was SpongeBob,” Aj Swenson, senior and Make-A-Wish Foundation intern, said. “Even a child that couldn’t communicate knew how to say what he wanted.”

Jason received an all expenses paid SpongeBob bedroom complete with wall decoration, a bed set and a TV and DVD player to watch his favorite show. His smile was all he could give back, but it was enough.

These are the kind of stories that Swenson writes for the Make-A-Wish Foundation. Swenson started in early January.

“I definitely like being a part of an organization whose main goal is making children happy,” Swenson said.

The Make-a-Wish Foundation is a non-profit organization that “grants the wishes of children with life-threatening medical conditions to enrich the human experience with hope, strength and joy,” according to the Make-A-Wish Foundation Web site.

Although Swenson has never been with a child as they have received their wish, she has written countless stories about the children who have benefitted from what the Make-A-Wish Foundation has done.

“It helps them be a kid for once,” Swenson said. “They can go to Disney World and they can be like any other kid for a week, and not have to worry about needing a liver transplant.”

“I haven’t had a chance to go back yet, but I do hope to go back and volunteer every once in a while this semester,” Eickhoff said.

Through all the stories that Eickhoff read and wrote about different people affected by the Make-A-Wish Foundation, one sticks out as being especially inspiring.

“There was a boy who was told he was being given a wish but his wish was not self-centered at all,” she said. “His wish was to get new football jerseys for his team to increase their school spirit.”

Dana Altendorf, The Make-A-Wish Foundation director of communication relations, helps oversee which students are chosen for the internship positions.

“Both Beth and Aj showed interest in communication events and non-profit organizations,” Altendorf said. “They blew me out of the water with their interviews and answers.”

Altendorf’s career at Make-A-Wish Foundation started out like Swenson’s and Eickhoff’’s. It started with an internship.

“I started out as an intern in 2008, stayed involved with the organization and was just hired in August,” Altendorf said. “As soon as I saw all the joy and good it brings to children I was hooked and couldn’t leave.”

To any students interested in pursuing an internship at the Make-A-Wish Foundation, Altendorf encourages learning about the organization and to be passionate about what they are doing.