The Man Behind the Bowtie

By: Jessica Ballou
In: Campus, Featured, News
With: 0 Comments 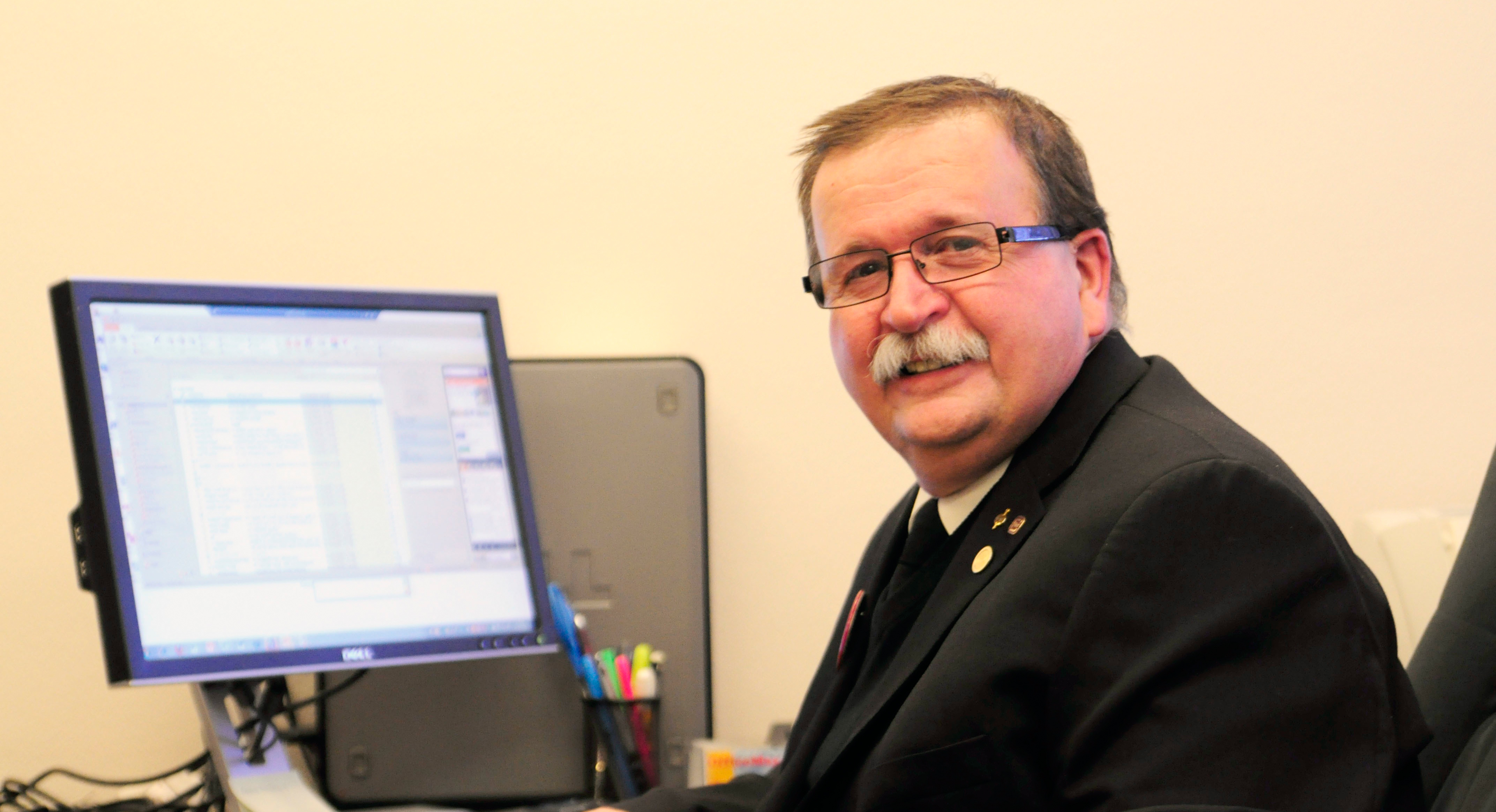 Bruce Vieweg, who came to Concordia in April of 2007 as Chief Information Officer and Associate Provost, now has another job to add to his long title: Interim Dean of Students.
Vieweg, one of six children, grew up in Massachusetts and went on to get a bachelor’s degree in music and a master’s degree in education. There were two primary things that brought him to Concordia.

“The mission of the college just resonated for me,” he said. “And Pamela Jolicoeur. There are a lot more reasons why I stayed.”

Vieweg assisted the college with the implementation of the Banner system , which he did at two other colleges before arriving at Concordia. He regularly attends campus events, such as various concerts, and he says he loves the community.

Students and faculty often see him walking around campus with fun-colored bowties and a black suit, usually with a button or two with sayings like “But we’ve always done it this way” with a big slash mark through it. The only downside for Vieweg in this area involves winter.

“I grew up in snow, so that was no issue for me,” he said. “The snow comes here and stays, though. I have never in my life up until the last four winters experienced -30 degree temperatures. On the other hand, that’s just the way it is. I tend to always see the glass as half full. It’s just my nature.”

Vieweg said he always seeks the solution instead of running from the problem, which he said might be due to his positive nature.

“Eventually you’ll come up with a solution that will work for you,” he said. “I am not cynical. I really have a positive outlook and I feel very good about the people I work with, my family and the students here who have been absolutely remarkably accepting and gracious.”

Vieweg said that’s just the way he’s always been for as long as he can remember.
“I just have always had a positive outlook, and I’m very tolerant,” he said. “I don’t like the word tolerant because I feel like there’s judgment there. I don’t judge folks. I take folks where they are.”

Junior David Sparer, student manager in information technology services, has known Vieweg for about two years now, but within this last year Sparer said he has gotten to know him much better.

“Meeting him wasn’t as intimidating as I thought it would be,” he said. “I have had the opportunity to get to know Bruce better on a professional level over the past year. He’s one who practices what he believes. He really does care about the well-being and experience of students on campus.”

Office Manager of Student Affairs Karen Bertek said she has known Vieweg since he started four years ago when he was in charge of selecting new software for Concordia.

“The first thing that comes to mind when I think of Bruce is integrity: he’s man of integrity,” she said. “He’s very caring, friendly, compassionate about Concordia and students and staff. He wanders around the building with a smile on his face and on Fridays he carries around a bowl of chocolates.”

One of Vieweg’s strengths, Bertek said, is his leadership ability.

“I know he’s going to have to make some tough decisions but I know he will make them fairly, and a lot of thought will go into those decisions,” she said. “He’s a good leader for Student Affairs. Concordia is very lucky to have Bruce.”