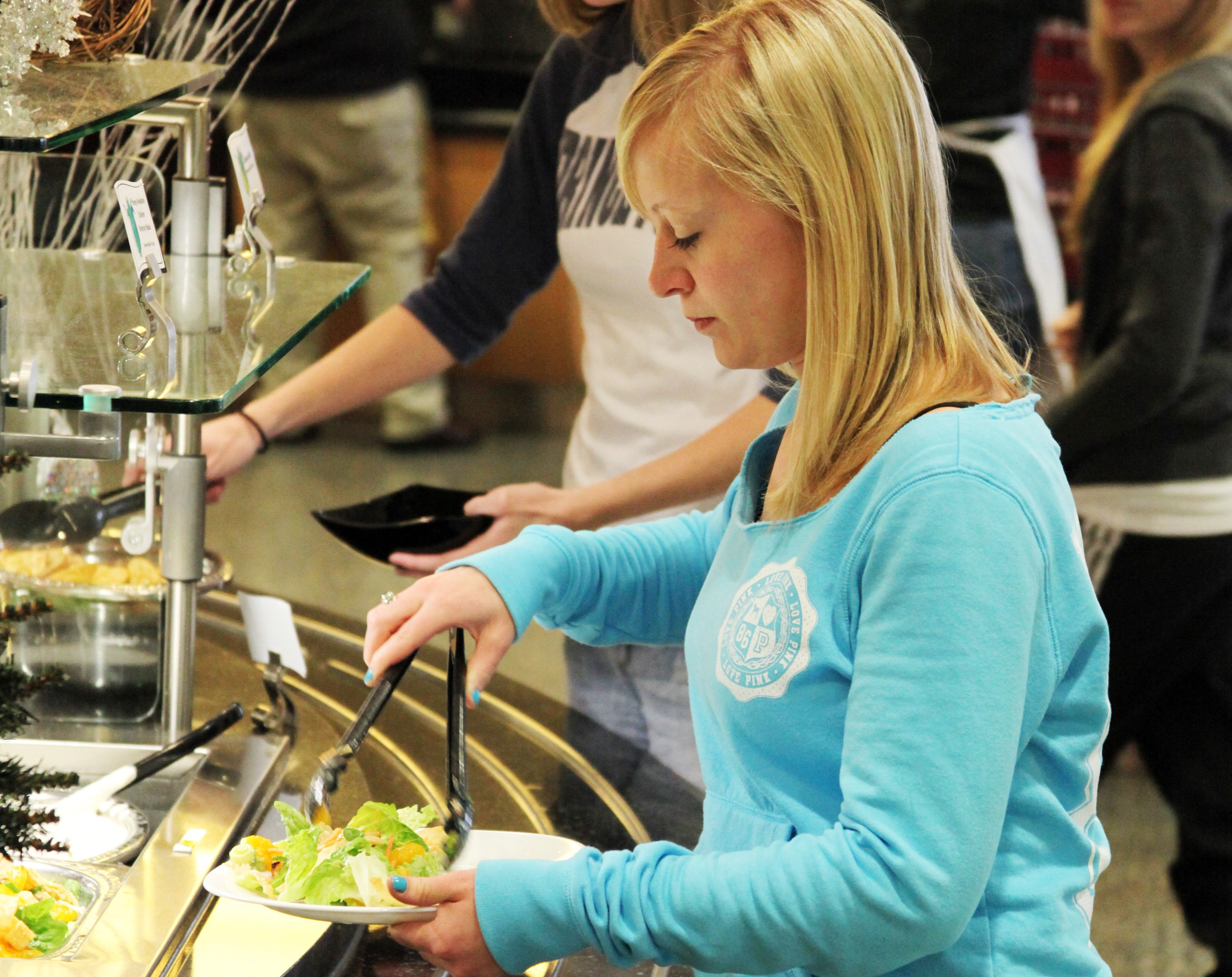 Dining Services will implement seven new meal plans for students starting in the fall of 2011.

“We hadn’t changed the meal plans for fourteen years,” Sabrina Zimara, marketing supervisor in DS, said. “Before that, the only meal plan was 21 meals a week or nothing.”

After hiring a consulting firm to look at the current meal plans and giving surveys to students, Zimara and other DS administrators worked on executing new options which appealed to the highest number of students possible.

The new meal plans were entirely based on the market research findings from surveying 603 students, along with interviewing students and administrators from many different departments across campus. Some options students wanted included staying open later, eliminating meal periods and more “action” bars, such as omelet bars.

“If we stayed open later, that would be more labor money, and 80 percent of people surveyed said no to that,” Zimara said. “Every change we made was based on what students wanted. It’s been a continual progression.”

The administrative team put together some cost proposals, and Zimara said costs would be finalized and available to the public by the second week in February since -up for next year’s meal plans is likely to begin on Feb. 13. The Board of Regents has the final vote, so the prices will be presented to everybody else after they have decided.

“We’ve gotten a lot of positive reactions,” Zimara said, “which is nice because we did take so much time to figure out exactly what you want. Now students won’t lose meals per week, and there’s more flexibility.”

Zimara said there have been quite a few e-mails and questions so far, but she said she thinks the real comments will come during sign-up and next year when the new plans officially go into effect.

“The responsibility is now on the student to keep track of how many meals they have left,” she said.

There will be a program online called Dining Portal which keeps track of how many meals will be left that week, as well as dining dollar amounts. Zimara will start a text messaging program which will tell students on Monday afternoons how many meals they will have left to use each week. Students can find specific, detailed information about the new meal plans on posters at the DS checker stand, on the DS Web site and on Facebook.

One aspect of the new plans which some students find unsatisfactory is the decreasing number of guest passes available with each plan. When looking at competitor schools, Zimara said she noticed most of them don’t do guest passes at all. Most students at Concordia barely use half of their allotted guest passes.

“We wanted to keep prices as low as possible, and lowering the number of guest passes allowed us to do that,” she said.

Sophomore Kellie Isaacson attended a meeting last spring with the consultant and talked about what she and others liked or disliked about the current DS meal plans. At the meeting, Isaacson said, the focus was on students who were unhappy with the current 14 meals a week plan, the lack of dining dollars, etc.

Isaacson said she is eager for this new change.

“I’m excited because the new meal plans offer a lot more flexibility compared to the current options,” she said. “As a student who works during the evenings off-campus, I seldom use all of my meals per week because I am not around during supper.”

Isaacson said one thing she is wary of involves guest passes.

“I guess I was a little disappointed about the guest passes being cut, but it does make sense if you consider the college’s point of view.”

Janet Paul Rice, associate director of DS, was also part of the administrative team working on these meal plans.

“I think the new meal plan options will give students much more control over how often and when they eat, as well as providing them with many more options to suit their schedules and lifestyles,” she said. “It is important, however, to really think about which meal plan is the best choice based on their schedules and eating patterns and to budget meals carefully or they could end up running out of meals before the end of the semester or having meals leftover.”

Rice said she is not looking forward to the first year of the new meal plans because until they know how the financial outlook has been affected, they will have worries and concerns.

“The budget model for the new meal plan program is loosely based on the existing program, but when new options are added, it is something of a guessing game to determine how many of each plan will be purchased,” she said.