By: Kelsy Johnson
In: Campus, Featured, News
With: 0 Comments 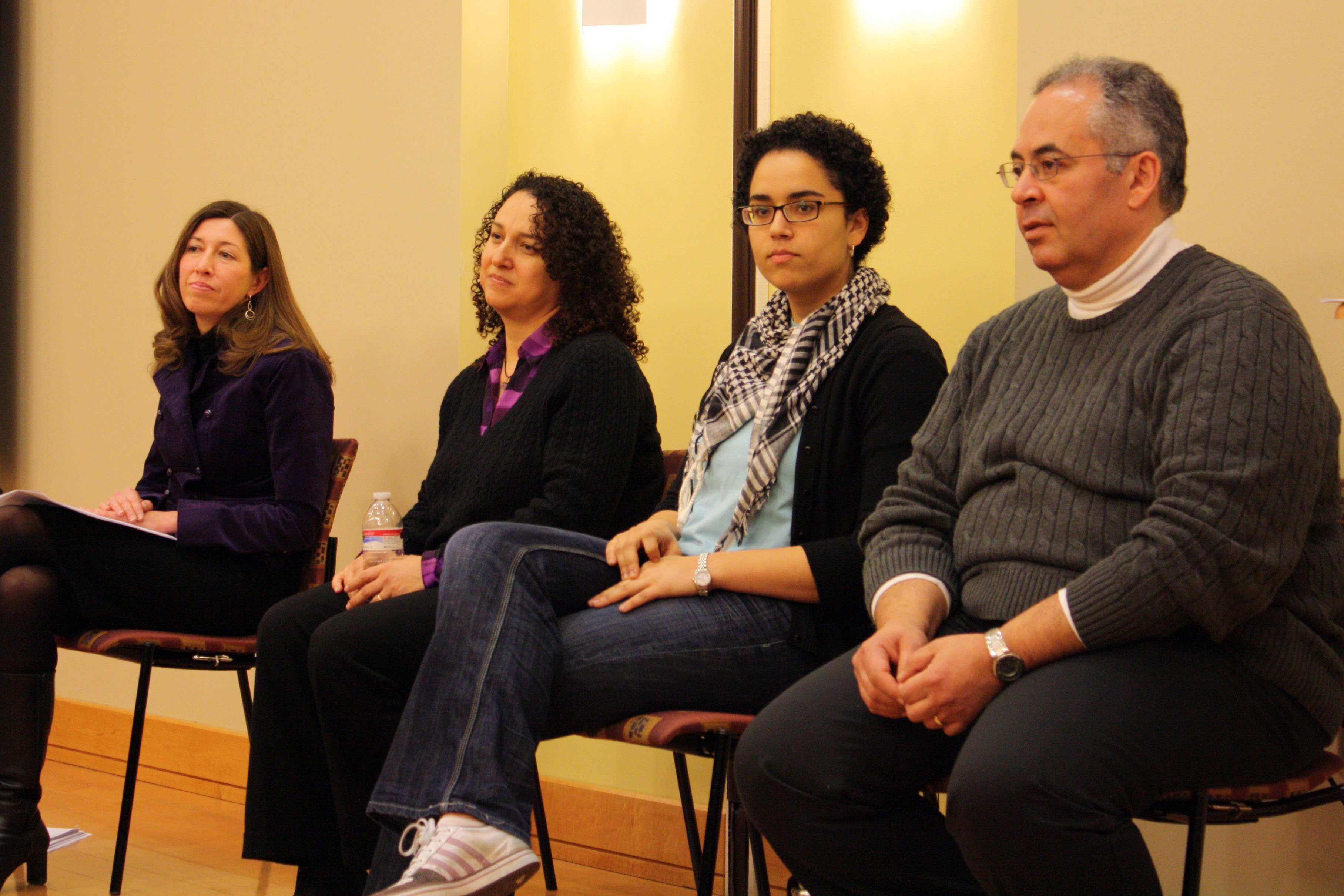 Mona Ibrahim can’t sleep at night. Thousands of miles separate her from the conflict in her homeland, but it weighs heavily on her mind. Her family and her life in Egypt lie in a mangled mess of demonstrations and police brutality.

“I never imagined this insanity,” Ibrahim, professor of psychology and director of intercultural affairs, said. “Nobody expected that the government could go so, so low.”

When she collapses for the night, she dreams about what it would be like to return to Egypt and feel safe under a democratic government, but she also has nightmares about how the government might respond if President Hosni Mubarak regains his power over the Egyptian people.

A native of Egypt, Ibrahim feels connected to the plight of her fellow Egyptians. Her family lives just blocks away from Tahrir Square. One of the most painful things about this revolution is that she is not there to help.

“I wish I was there,” she said. “I feel like I shouldn’t be so privileged and living such a comfortable life when people are dying for my rights and my dignity.”

Her mother and brother help the demonstrations in their own way. Her older brother protects his neighborhood from thugs hired by the government. Mubarak’s regime bribed people with less than $10 and a meal to beat up protesters and loot under government authority. Ibrahim’s mother makes food to send to the neighborhood watchmen. Both are praying for the demonstrators in Tahrir Square.

“You can’t subdue people forever,” Ibrahim said. “At some point they will make their voices heard.”

Ibrahim looks to support from her community and her Egyptian friends who are scattered across the country. She calls her friends to share in the frustration and the hope for a change.

Her colleagues have supported her in many ways. Jim Aageson, dean of arts and sciences, and his wife called her to tell her that their entire church congregation was praying for the Egyptians. Others have sent supportive e-mails and phone calls.

Ibrahim’s daughter, senior Ayah Kamel, is more excited than afraid of the demonstrations.

“I’m really proud of Egypt,” Kamel said. “No matter what, the Middle East is going to be a changed place.”

Kamel spent a semester in Egypt in the spring of 2008. During her time at the American University in Cairo, she made contact with Egyptian students that she still keeps today.
One of her friends has been tweeting in the thick of the Tahrir Square demonstrations. Kamel said the information from her friends has been positive. The students are not fearful, but determined.

The demonstrations started with a Facebook event. Since its inception, the protests have been under the control and momentum of the young people of Egypt. Kamel said the Egyptian youth are passionate about democracy. When the Tunisian people overthrew their government, the Egyptians saw that they could do the same.

Kamel was disappointed in the Obama administration’s slow response to the Egyptian protests.

“The new government will not be quick to forget that,” Kamel said. “They should have been quicker to support the protestors.”

Egypt is the fourth largest recipient of U.S. foreign aid. This support came as reward for Egypt’s early decision to recognize Israel’s right to exist. As long as Mubarak would stay in power, the United States could count Egypt’s support of Israel. Rebecca Moore, professor of political science, said the government fears what might happen if Egypt became a democracy.

“The U.S. has been not inclined to push hard for democracy,” she said. “There has been a fear that Islam and democracy are not compatible.”

The Obama administration later supported a transitional government with plans for Mubarak’s resignation in September. Moore hopes they stick to their plan.

“I hope they understand that Mubarak just cannot remain,” she said. “There is no such thing as neutrality in this situation.”

Ibrahim worries about the series of events that will take place if Mubarak regains power. The better part of her childhood – from seventh grade on – included Mubarak’s regime.

Ibrahim and her husband, Ahmed Kamel, associate professor of computer science, recalled their frustrated past in Egypt at a panel discussion on campus on Feb. 8. Ahmed’s uncle spent seven years in prison for “attempting to overthrow the government through elections” when he voted.

When the family travels abroad, they have to worry about government response to their presence. One time when they went through the Egyptian airport, they were stalled for 20 minutes. The officer told them that they called a “minder” to follow them for the rest of their visit.

She believes the regime will crack down on the demonstrators. She heard stories that injured demonstrators are afraid to ride ambulances because they will be taken to jail instead of the hospital.

According to Human Rights Watch, nearly 300 people have been killed since the demonstrations began on Jan. 25. Hundreds more have been injured.

Kamel worries that if the people fail at overthrowing Mubarak’s regime, they will lose their momentum.

“If Mubarak regains power, Egypt will always be under a dictatorship,” she said.

Much remains unknown about Egypt’s future, but Ibrahim dreams of a day when the struggle of the Egyptian people results in a democratic government that values human rights.

“I hope that justice will prevail, that there’s still some decency left in the world,” she said. “We have to believe.”

I am a senior print journalism and global studies major. My passion for journalism stems from a desire to bring the world to the reader. I train actively in Brazilian Jiu-Jitsu and Muay Thai boxing. I live on coffee and Diet Coke. On a beautiful day, you might find me riding my motorcycle around town.