In defense of freedom

By: Ayah Kamel
In: Columns, Opinions
With: 0 Comments 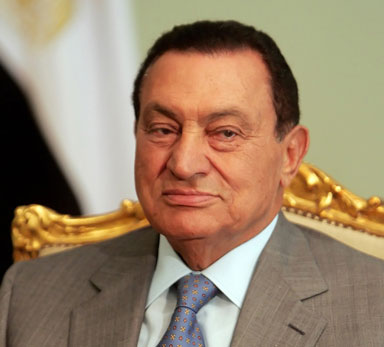 Last week, Mark Besonen acknowledged that Egyptian president Hosni Mubarak’s regime is a dictatorship. Despite this, he argued that the United States’ government should be cautious about supporting the Egyptian people in their revolt against Mubarak. Besonen’s argument centers around two key assumptions.

The first is that U.S. interests should naturally override the interests of the Egyptian people. The second is that an Egyptian government controlled by Egyptian people would be bad for the United States. Both of these assumptions are false.

Besonen presents the claim that “we are now forced to choose between a repressive regime that we like and a democracy that in all probability would be filled with people who hate the West and the Jewish people.” That language makes the choice clear. The phrase “repressive regime that we like” sounds paradoxical, and even outrageous, to those of us who believe that the United States is a country founded on freedom.

The oppression Egyptian people have faced at the hands of the Mubarak regime goes beyond the occasional shutting off of the Internet or mobile phone service we have recently heard about. For three decades, Egypt has been living under emergency law, meaning that Mubarak and his government can more or less do what they want in the country. Egyptian citizens can be arrested, imprisoned, and tortured without any formal charges. A relative of mine, a respectable thinker and university professor, spent seven years in prison for daring to run for office. His charge? Attempting to overthrow the government through elections.

Recently, a young man was dragged out of an Internet café and beaten to death in the street by the police. His crime? He posted a cell phone picture on the Internet showing two police officers involved in a drug deal. For over 30 years, the 80 million people living in Egypt have had to deal with unimaginable political terrorism and police brutality. Their reality has been one where running for political office can mean jail time and challenging police corruption might mean death. The argument Besonen makes in favor of keeping Egyptians in such an oppressive reality is simply inhumane.

To say that Egyptian people should suffer for the sake of the U.S. interests is not only
cruel, but it is illogical. Besonen claims that a democratic Egypt would “hate the West.”
The fact is that America is already despised for its continued support of brutal dictatorships. A telling tweet has been circulating around Twitter that says, “America, we don’t hate you because we hate your freedom; we hate you because you hate our freedom.”

At this point, the only thing that the United States can do to repair its relationship with the Egyptian people is to ensure that they are allowed basic human rights and freedoms.

Besonen argues that a democratically elected Egyptian government would be radically anti-Israel and anti-West, but that is not true. Besonen centers this argument around claims that the Muslim Brotherhood enjoys popular support in Egypt and that it is staunchly anti-freedom, both of which are false. I’m not sure how Besonen puts support for the Brotherhood at 40 percent, but the New York Times puts the number closer to 20 percent.

Even so, the Brotherhood is not the radical, terrorist Islamist entity that Mubarak wants America to believe it to be. The Brotherhood in Egypt today is concerned primarily with increasing people’s piety and ending corruption in Egypt. The Brotherhood was not involved in organizing the revolution and has stated publicly that it would support secular opposition leader Mohamed ElBaradei to head a transitional government after the fall of Mubarak.

Any attempts to give protests an Islamic flavor have been unsuccessful because Egyptians are vehemently opposed to allowing their revolution to take the flavor of the 1979 revolution in Iran. Claims that, without Mubarak, the Brotherhood would take control of Egypt and turn it toward radical Islam are founded on lies that Mubarak has been feeding the United States in order to ensure its continued support.

The era of a U.S. policy toward the Middle East that centers around paying off oppressive dictators is quickly coming to an end, and that can really only be a good thing. Though the United States may have to critically evaluate and adjust its currently unjust foreign policy, it means more people in this world will be living with the dignity and freedom everyone deserves.

Ayah Kamel is a senior Political Science and Global Studies major from Fargo. She has been verbally spouting opinions since she could talk and is happy to be able to write them down as a member of The Concordian’s opinion staff. Although Ayah does not yet know what the future holds for her, she has latent dreams of becoming the next Nicholas Kristof.