By: Blake MacKenzie
In: Letters, Opinions
With: 0 Comments

We recently came upon the tenth anniversary of September 11, 2001, a day that has defined our generation in ways that we are still realizing. But how has it defined us?

That day, each of us heard the news and reacted in our own private way, but as a generation we began to create a common narrative around the events. A new word entered our vocabulary: terrorist. Despite the many acts of terrorism committed by many different groups throughout history, we created a new definition. A terrorist was now a menacing male with a beard. Dark skin. Middle eastern. Muslim. September 11 influenced our actions as a country and colored our prejudices as people growing up in a turbulent time.

Religious extremism is dangerous, but we learned this summer—when Anders Breivik, a Christian extremist, murdered 77 people at a youth camp in Norway—that religious extremism can originate in any tradition. While religious extremists are in the minority within their tradition, their voices are often the loudest. Eboo Patel, author of “Acts of Faith” and founder of the Interfaith Youth Core, readily acknowledges this fact:

“Only the smallest part of humanity wishes and acts upon the destruction of others. The pluralists are far larger. Those of us who believe in a world where we live together, we’re far larger. The problem is we haven’t made our case compelling across the world yet,” he wrote.

Well get ready, because we’re about to make our case compelling. This year, Concordia is a launching a Better Together Campaign through the Interfaith Youth Core. Better Together is a student-led movement focused on interfaith cooperation through service. Service is key; we may have different motivators for doing what we do, but we can all agree that there are many issues in the world that need addressing. In our community, one important issue is environmental stewardship focused around the Red River. On October 1, we will have a large-scale cleanup along the Red River, and we invite you to attend. As a campus, we will engage the greater community in a conversation on environmental stewardship, water as a valuable resource, and what we can do to protect the environment—all in a space that welcomes and supports views from all different traditions.

In addition, Concordia is one of 250 college campuses that are taking part in the President’s Interfaith and Community Service Campus Challenge. These two initiatives will open the door for many interfaith conversations on campus, whether those be through interfaith panels, discussions, or speakers—we’re in the process of inviting Eboo Patel to campus—and we hope that those conversations lead to meaningful change in how we interact with people of different beliefs. 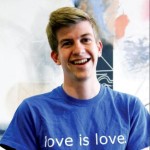