Diving into the Cobber Expo experience

By: Krista DiLorenzo
In: Events, Featured, Variety
With: 0 Comments 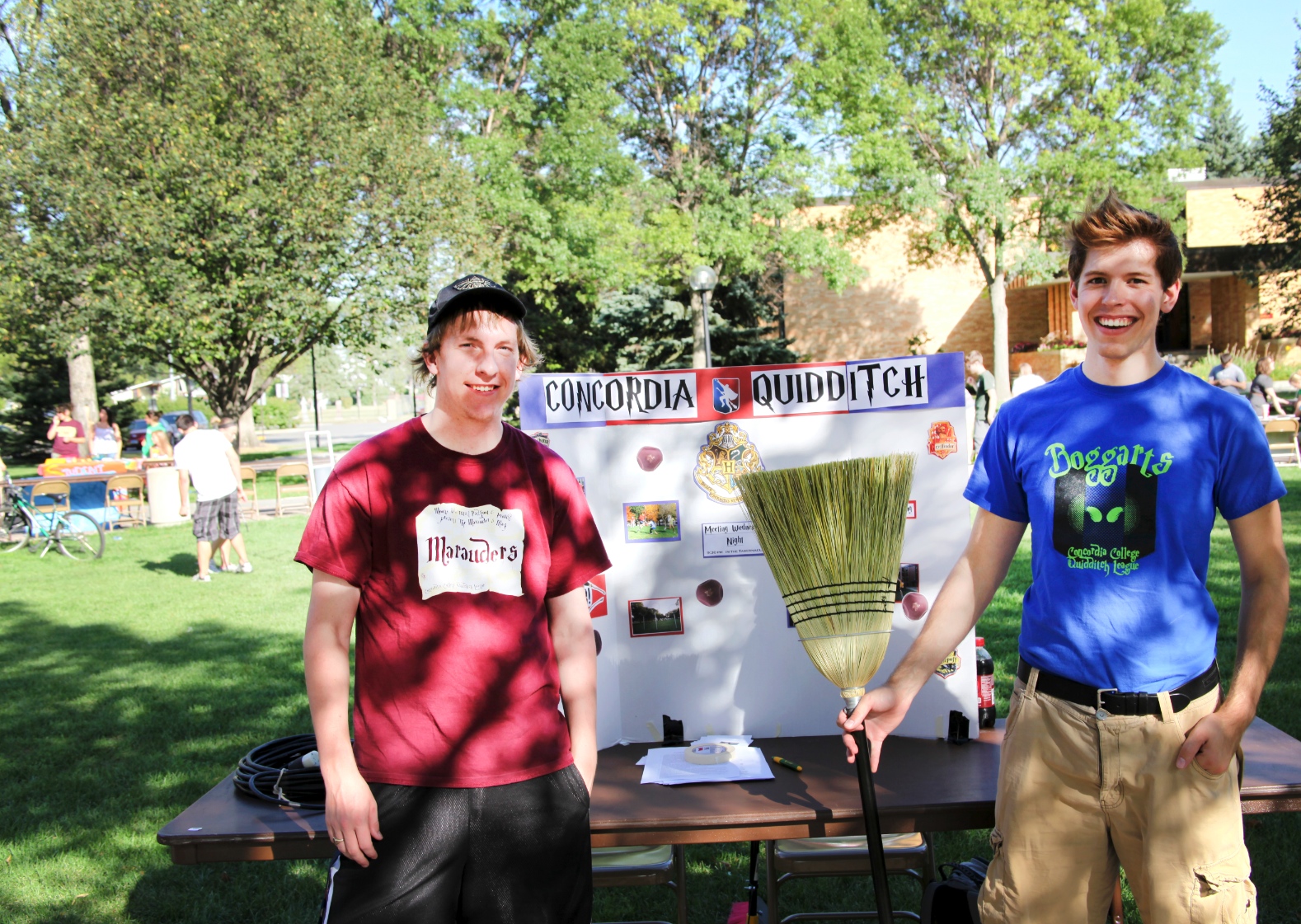 The Cobber Expo, to inform students about clubs and organizations on campus, was Saturday, Sept. 10 from 5-7 p.m. This year, over 100 of Concordia’s organizations were present at the expo, and all presented booths of colorful, glittery information and sign-up sheets. Free pens and candy flew in every direction.

The Cobber Expo is not only attended each year by freshman looking to get plugged into the Cobber community, but also faculty members and upperclassmen advocating clubs and checking out new organizations. Here is information on three of Concordia’s newest and most creative clubs.

The Concordia College Quidditch League is back for a second semester on campus. The club was originally started by a couple of seniors last spring and now it is slowly gaining popularity. Because Quidditch is based on a wizard sport, new rules have been adopted for interested “muggles.” This year, a new rule has been implemented that all Quidditch players must bring their own broomstick.

“It has been fun adapting fiction to reality,” club president Nathan Rodenberg said. “Anyone who is a fan of Harry Potter should join; no supreme athletic skills are required.”

Currently, the Quidditch League has two teams, but Rodenberg is hoping to create more with interested students. The first few games will take place on the lawn between the library and Lorentzsen. The Concordia College Quidditch League also has a Facebook page.

Itch to Stitch is a new club on campus that was started last spring by junior Rachel Meier. The club is not only for avid knitters and crocheters, but also Cobbers with a heart for the needy. This year, Itch to Stitch is focusing on serving newborn babies in Tanzania by making hats that will be hand-delivered on the nursing trip to Tanzania later this year.

“It is a great way to have fun while doing community service,” Meier said. “Anyone who likes to knit or crochet, or wants to learn, should come; many of us in the group are willing to teach or suggest materials.”

The group meets every other week and can be found on Facebook under the name “An Itch to Stitch.”

Black Student Union (BSU) is also a newer club on campus. Last spring they kicked off their club with a flash dance to raise awareness of their club. At the expo, Jasmine Duncan ’14 was handing out pamphlets.

“BSU is a unique organization because everyone is welcome to join and we have serious discussions about real campus issues,” she said.

The club’s purpose is to be a positive network base on Concordia’s campus for black students, though any Cobber is welcome to join. BSU meetings are held once a week at a currently undecided location.

The Concordia Quidditch League, Itch to Stitch and BSU are only three of the hundreds of clubs offered on campus. Other prominent clubs on campus that were also at the expo included CMC, SGA, Dance Marathon, CEC, Swing Dance Club and Circle K.