By: Stephanie Barnhart
In: Campus, News
With: 2 Comments 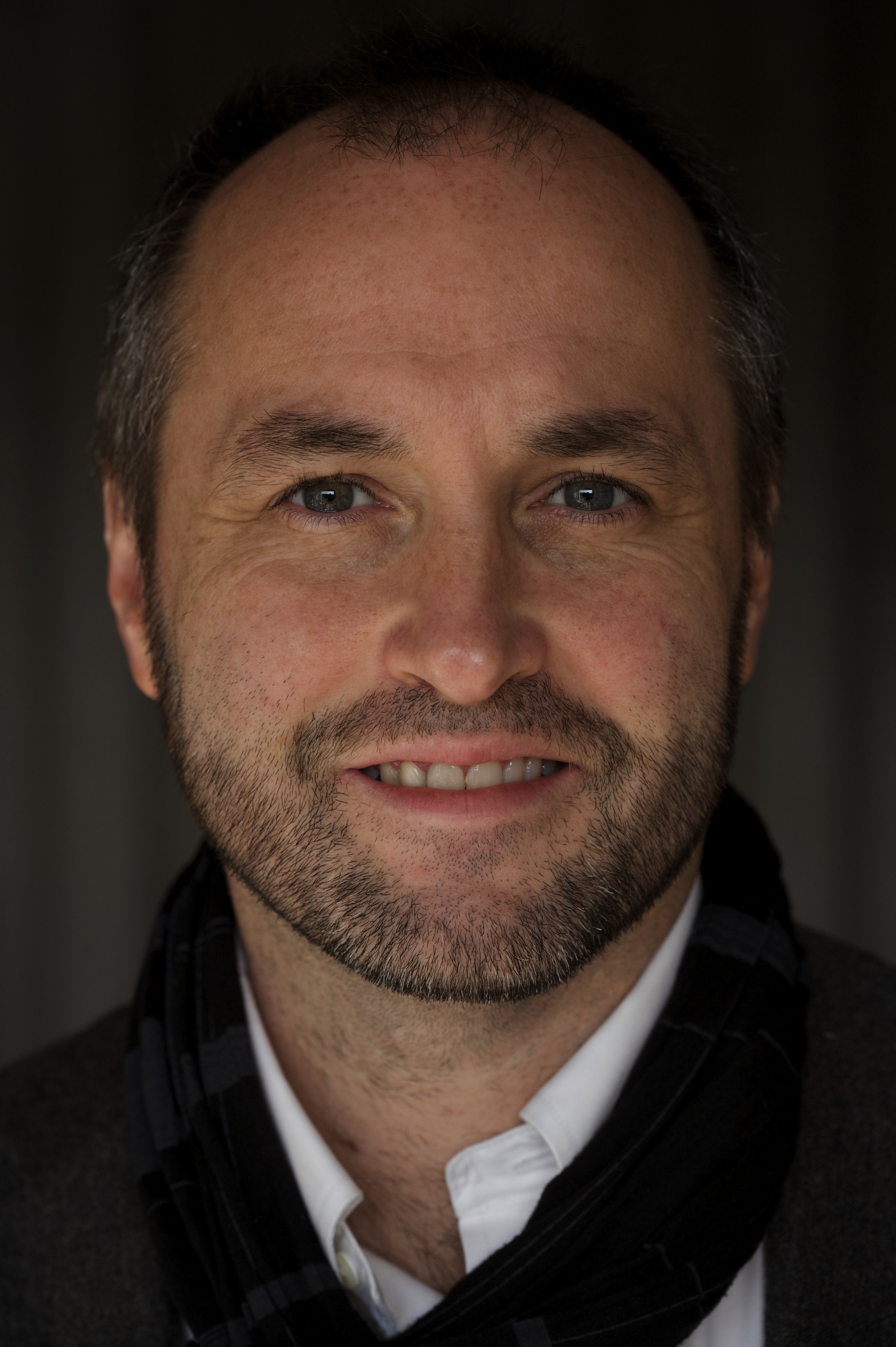 Cølum McCann, author of the summer book read, “Zoli,” encouraged students in a packed Memorial Auditorium Tuesday to reconsider the power of art. It has the possibility, he said during the opening Symposium session, to restore the belief that life makes sense.

“Our world is tilted towards cynicism,” McCann said, “but art is interested in vaulting through that to find meaning on the other side.”

Dawn Duncan, English professor and chair of the 2011 Faith, Reason, and World Affairs  Symposium, first  introduced herself to McCann after his presentation during the National Book Awards in 2009.

“When Colum was here two years ago, I was quite taken with the ways he expressed his ideas about the writer’s life,” Duncan said.

His ideas about the responsibility of an artist to inspire social change fit well under the conference’s title, “The Role of the Artist in Society: Inspiration, Issues, Impact.”

Inviting him back to Concordia College was an easy decision for Duncan. During his first visit to campus, McCann asked her if she had read “Zoli.” She hadn’t, but did quickly after that. Duncan decided she would suggest the title for the campus summer book read.

“Zoli” is the tale of a young poet, Zoli Novotna, whose character is based on the Slovakian poet Papusza. Against traditional Gypsy standards, Zoli learns to read, and as fascism spreads over Czechoslovakia in the 1930s, Zoli’s talent for poetry teaches the reader about exile and belonging.

The Gypsy culture depicted in the book is one that most students knew little about, according to Joe Marion, senior biology and chemistry major and Symposium committee member. That it introduced a different culture is exactly what made “Zoli” stand out to him. Marion was one of four students who helped to select plenary and concurrent speakers.

Jocelyn Fetsch, a junior orientation leader, agreed that the Gypsy perspective was one she’d never thought about before. She read the book in preparation for freshman orientation.

“I didn’t really know what to expect at first,” Fetsch said. “As I got further into it, and I got to know Zoli and the other characters, it was really interesting.”

McCann described the writing process as an internal desire to create a new world.

“A good writer opens up a new landscape or a new skin. He brings the world to life,” McCann said in an email interview. “I feel I should work from a reckless inner desire to make the darkness visible.”

According to Fetsch, during her club’s book discussion on Aug. 30, her club talked about the challenging parts of the novel. “Zoli” includes seven sections that span a period of seven decades, which caused some confusion for Fetsch’s club when trying to follow the book chronologically.

“But Gypsies have such a hard life,” Fetsch said. “And that paralleled the book…the way the book was written made it challenging for us, so it was like we were fighting with them.”

According to McCann, while he wrote “Zoli,” symbolism was never a major focus. Instead, he let things fold and unfold themselves. “If we are too aware of what we want to say,” he said in the same email interview, “writing loses some of its mystery.”

“There’s no question about it, the work has to speak to where we are, and who we are,” McCann said. “Writing comes from deep in a hidden, unacknowledged part of us.”

Duncan, Marion, and the Symposium committee were glad to host McCann as the opening plenary speaker, and they hope he might return again to campus in the future.

“At Concordia, we talk a lot about trying to appreciate multiple perspectives,” said Duncan, who believes McCann’s work helps the community understand the vital role an artist can and should play in society.

“From all he writes,” she said, “I sense he’s really interested in the power of literature to cross borders.”