Help Yourself to a Copy of “The Help” 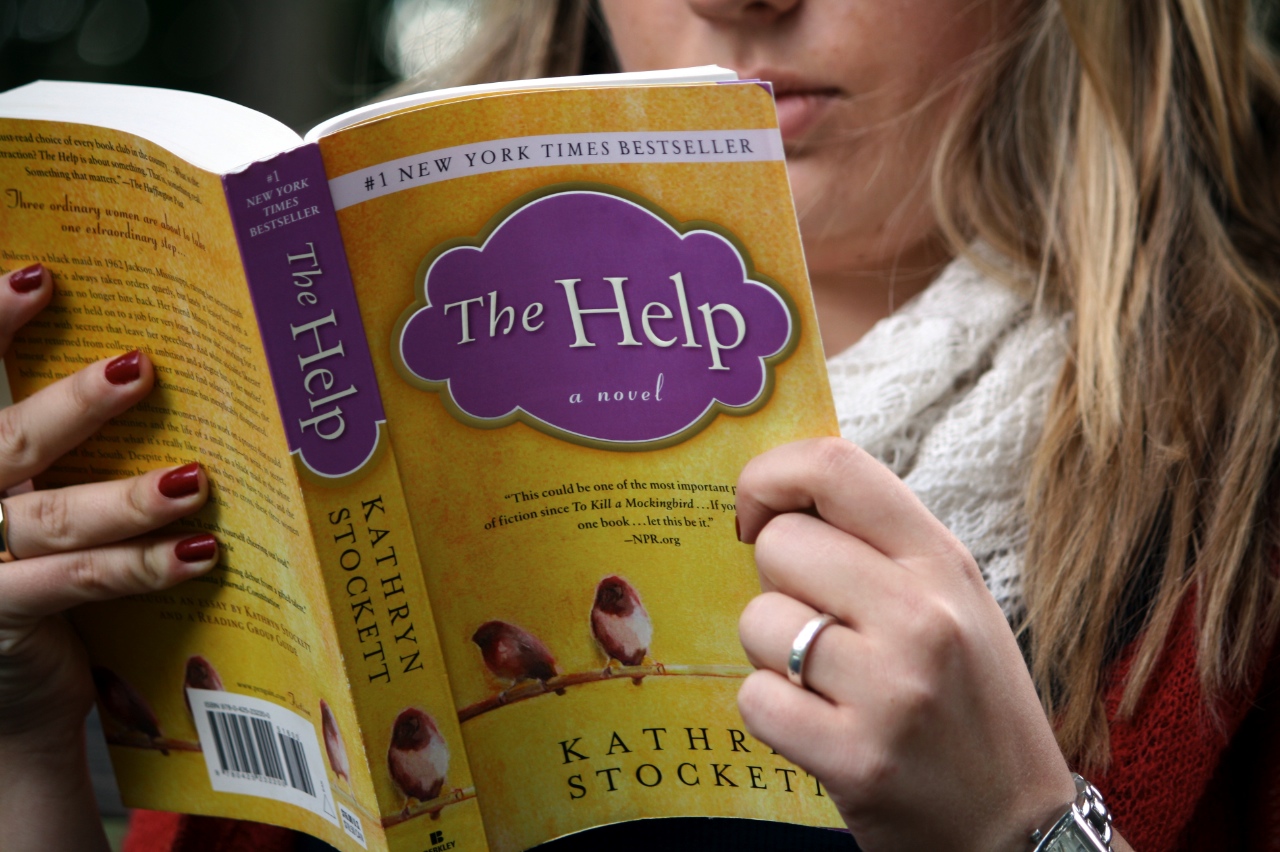 Whether or not you have read it, I am sure you have seen it around: the yellow-covered best-seller that is thick enough to be a booster seat for a young child, “The Help.” If you have not read it yet, you should. Publisher’s Weekly described “The Help” as “…assured and layered, full of heart and history, this one has bestseller written all over it.” “The Help” is also currently number 69 out of 100 in Books on Amazon’s Best Seller List.

“The Help” takes place in the middle of the civil rights movement in Jackson, Miss., when black women were trusted to nanny white children but not trusted to polish silverware. The novel focuses on the character Skeeter Phelan, a hair-challenged and scornfully unmarried recent college graduate of Ole Miss who is anxious to become a great writer. While moving back home with her well-to-do family in Jackson, Skeeter decides to polish her writing portfolio by taking on a dangerous and controversial writing assignment: to uncover the real stories of black maids. Skeeter begins to collect the stories told by the women upon whom her friends and family rely. The book follows not only Skeeter but two specific maids as well: Aibileen, a maid who’s raised 17 children; and Aibileen’s best friend Minny, who’s found herself unemployed multiple times for mouthing off to her white employers. Skeeter’s finished book compiled of these women’s stories is scandalous and shocking, empowering and hopeful for the black community, as well as strengthening for Skeeter to pursue her dreams.

Though the novel encapsulates the civil rights movement well, “The Help” goes beyond history to weave a touching storyline that at times is hilarious and at other times is heart-wrenching. Author Kathryn Stockett masterfully develops her characters and lets the reader have a taste of the societal humor and taboos of the time. The relationships between the women of the novel are genuine and complex.

Stockett uses subtle ironies to portray the faulty social reasoning of the time. At one point in the novel, the controlling southern belle Tilly leads a fundraiser to raise money for the “starving children in Africa,” a campaign that is announced shortly after she deprives her maid of a small but much-needed loan to help pay for her son’s education. These ironies are never hammered into the novel, but are understated in a way to cause only a slight raise the reader’s eyebrow.

Stockett is similar to her character Skeeter in a number of ways, the first being that “The Help” is Stockett’s first published novel. Stockett claims she had no idea anyone would ever read the book when she started. Her idea for the novel originated during a break from her job as a magazine consultant in New York City.

From an interview with bookbrowse.com, Stockett comments, “I didn’t think anybody would ever read the story except me… But when other people started reading it, I was very worried about what I’d written and the line I’d crossed. And the truth is, I’m still nervous. I’ll never know what it really felt like to be in the shoes of those black women who worked in the white homes of the South during the 1960s, and I hope that no one thinks I presume to know that. But I had to try. I wanted the story to be told. I hope I got some of it right.”

Like Skeeter, Stockett held a number of interviews from both former maid employers and employees in order to get both perspectives on daily life in 1962. She also sorted through phone books and old newspapers. The conclusions she drew from her research are genuine and thought-provoking.