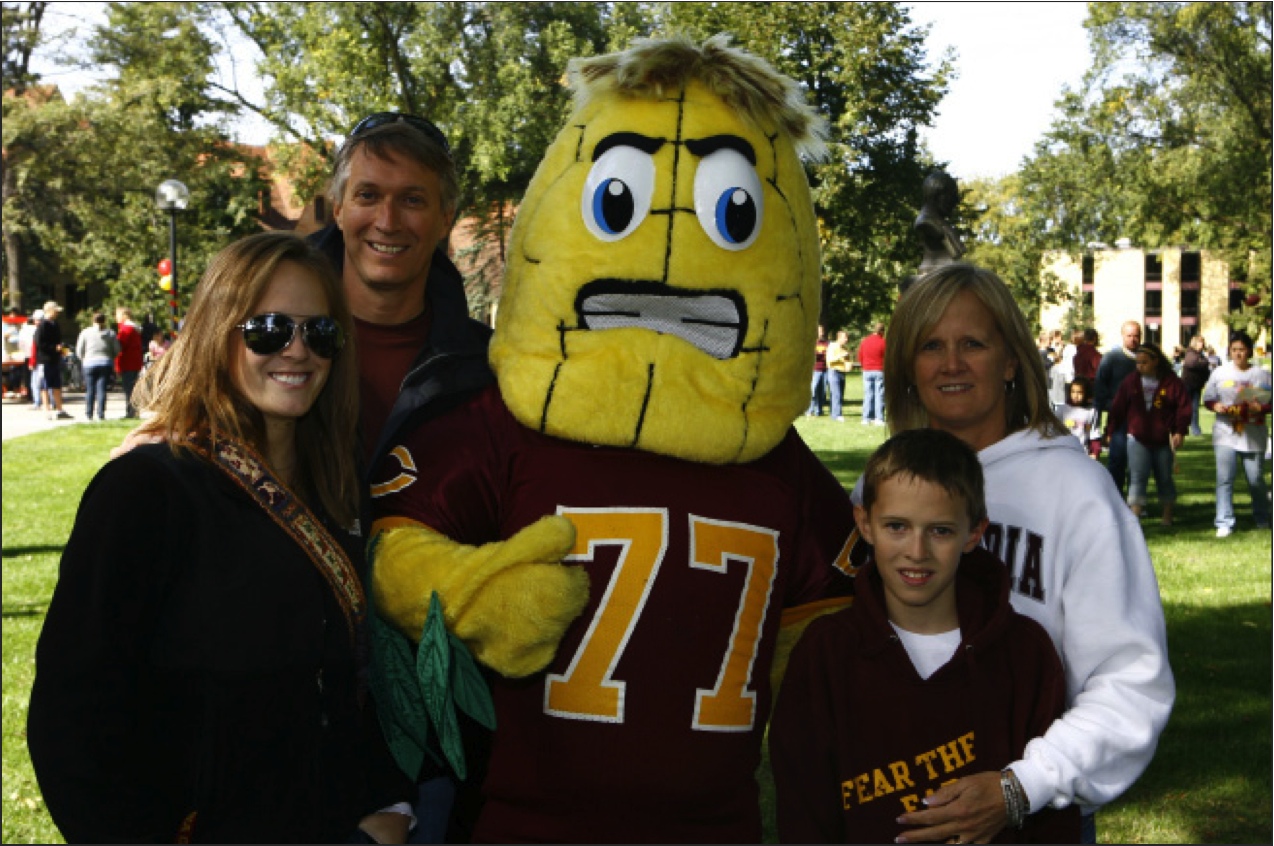 Their outing to the Moorhead Buffalo Wild Wings was a spur of the moment thing.

Sophomore Dan Coolie and five of his freshman-year floor mates started a family tradition last year, when the group spent one Wednesday night participating in the restaurant’s popular “All You Can Eat Wings” special.

There are no plans to make the competition annual, according to Coolie. But if a student is looking for an annual program, he could start today, with Family Weekend.

Family Weekend, held annually since 1935, begins today with a special, family-orientated chapel and ends Sunday with an all-campus worship service. Under the theme, “EXTREME Cobbers: Family Weekend Edition,” events are organized to bring families together and show the passion of students across campus.

Since the beginning of the 2010 school year, Coolie has felt that the core group of friends he spends most of his time with is an extended family, a Concordia family. And that’s why he isn’t bothered at all that his parents will not be here during Family Weekend.
Though they live in Crookston, Minn., only 70 miles north of campus, Coolie’s parents have not made plans to join their son for the scheduled events, and they stayed home last year, too.

“To be completely honest, I didn’t even know it was Family Weekend,” Coolie said. “Until I walked out of the dorm and saw a whole bunch of decorations up and a bunch of people with their families.”

Changes for this year’s family weekend have been put into place, and according to Family Weekend chair, senior Jessie Obrecht, the biggest change is that the Saturday night Showcase is free for the first time in recent history.
Complete with a variety of acts and a comical emcee routine by two seniors, Alison Hall and Molly Hansvick, the Showcase is open to any student with an ID. The Family Festival Saturday afternoon, sporting events and ice cream social, are also free for students, without or without family.

Karen Carlson, director of alumni relations and Family Weekend advisor, knows that not every family will be interested in participating in the organized events. Even with this factor, the Office of Alumni Relations predicts there will be over 1200 people on campus this weekend.

“Usually, even more families than that come but just don’t sign up,” Carlson said.

Freshman Justine Kapitzke will join the ranks of family-less Cobbers this weekend.

“Most of my friends have parents coming up to spend the weekend,” Kapitzke said. “I don’t know what I’ll do, but I’m not sad my family is not coming.” Kapitzke’s father works on Saturdays and Sundays at his self-owned computer software business, and her mother is a teacher at an elementary school near their home in Andover, Minn.

For students like Kapitzke, a program called “Adopt-a-Cobber” once existed. According to Obrecht and Carlson, this program encouraged families to invite friends of their student to participate in the weekend with them. It was not utilized by the campus and was dropped from the schedule after 2006.
While it’s no longer formal, the idea behind “Adopt-a-Cobber” still stands, Carlson said.

“If you have a roommate whose parents aren’t coming,” Carlson said, “invite them. What we’re all about is community.”

Obrecht also said that faculty advisors have been known to accompany students to Family Weekend events.

The relationships that Kapitzke has built with her friends and professors made her transition away from family and into college life easier.
“I feel like I fit in right away,” Kapitzke said. “I’m a huge supporter of the [orientation] clubs. Most of my current friends are from my club.”

And the same goes for Coolie. His core group often goes to Concordia events together. Trivia Nights, comedians and homework parties that turn into Xbox parties are their typical activities. Life at Concordia is an ongoing family weekend for these guys.
This year, Coolie’s Family Weekend will be no different than any other weekend.

“I’ll do what I usually do,” he said. “Laundry. Hanging out with friends. Grabbing a quick bite at DS.”

Anything quicker than 300 wings.