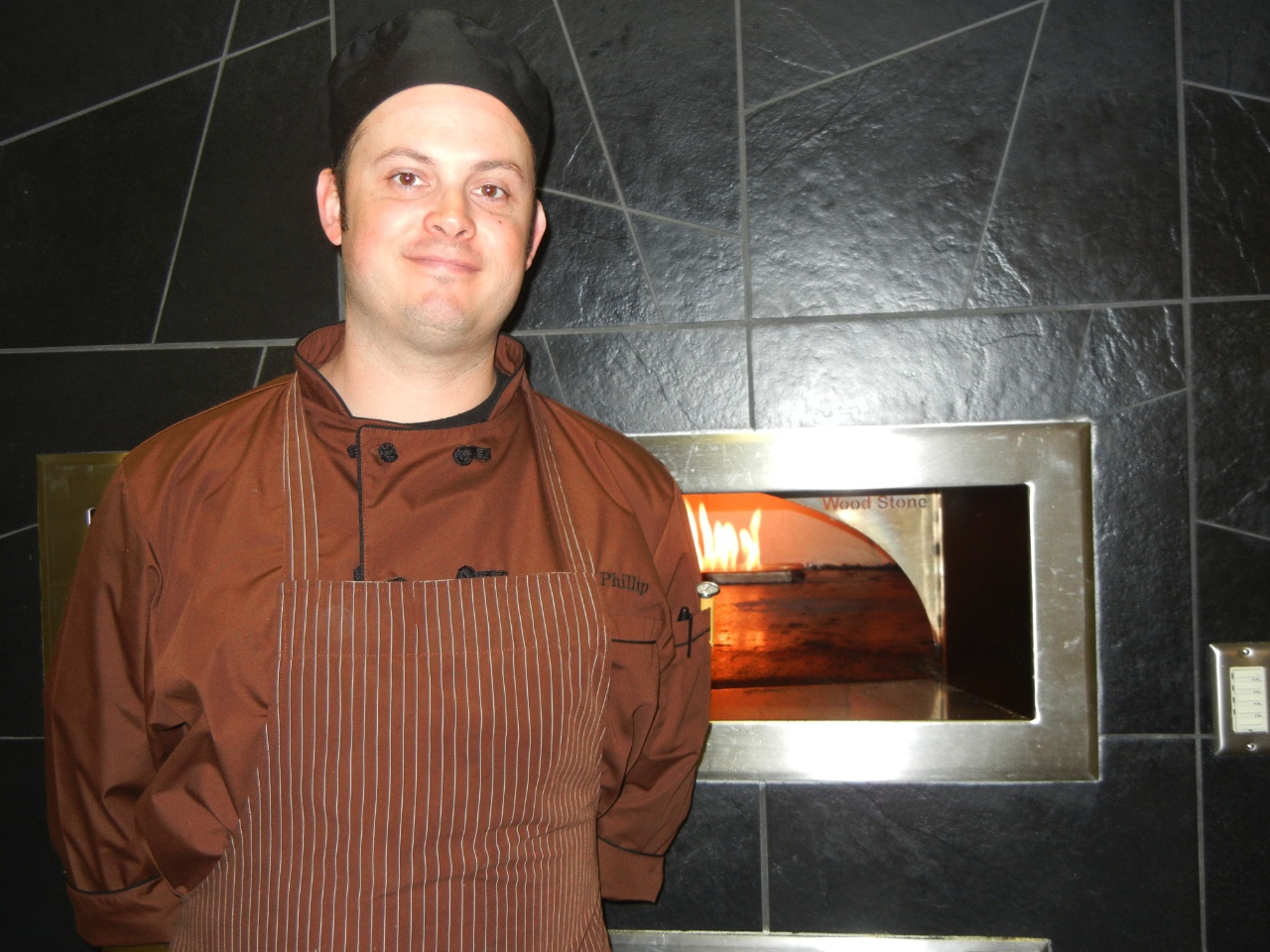 There’s a new mastermind behind the food Cobbers eat everyday in Dining Services, and his name is Chef Phillip Edwards, a well-traveled culinary craftsman who could be the one cafeteria-weary students have been waiting for.  Edwards was hired three weeks ago to be Dining Services’ new head chef, and with him he brings a world of experience to channel into his work at Concordia.

Edwards originally applied to be sous chef – a new position for the Dining Services staff.  However, after a selection process which required an on-the-spot cooking test, the board of supervisors decided Edwards would be a great candidate for the head chef position instead.

Paul Dosch, assistant director of Dining Services, said Edwards won the board of supervisors when they gave him a beef tenderloin with instruction to create a meal with whatever he could find in the kitchen. The result was grilled filet mignon, portabella demi, whipped Russet potatoes, and summer vegetable hash.

“We actually had just started looking for a new head chef but the position wasn’t even posted online,” said Sabrina Zimara, marketing supervisor for Dining Services.

Edwards was the right person at the right time.  Zimara said his diverse experience as a chef was exactly what Dining Service was looking for.

“We want to continue in the direction of high quality food,” Zimara said, “and using his past experiences, Phil can bring new culinary trends here— keep things fresh.  He’s been a lot of places.”

Edwards has cooked or vacationed in 13 countries and every state in the U.S.  In fact, part of the reason Edwards became a chef was because of the travel opportunities.

“Cooking and traveling go hand in hand,” Edwards said. “You can cook anywhere.”

Such ambition led this small-town Arkansas native to the Culinary School at the Art Institute of Colorado in 2001, where he enjoyed cooking and snowboarding, a lifestyle he described as “a pretty nice existence.”

Edwards has cooked at a cooking school in Thailand, served scientists in Antarctica and R&B singer R. Kelly in Chicago.

But what he describes as his weirdest experience as a chef was back in Chicago as a chef for American Girl Place.

“Everything was pink and heart-shaped, with lots of tea sandwiches and little girls with high chairs for their dolls,” Edwards said. “I learned more than I ever thought I would know about American Girls.”

Edwards most recently served as executive chef at The Independent, a popular restaurant and bar in uptown Minneapolis.  He worked there for over a year, as both he and the restaurant gained much popularity.  In fact, in January of this year Chef Edwards was twice featured on KARE 11 as a culinary guest and named “The Indy’s Favorite Celeb Chef.”

When Edwards and his wife moved to Fargo this year, Edwards was quick to apply to all the big hospitals and hotels as well as Concordia.  Although cooking for thousands of college students may not be every chef’s dream, for Edwards it’s his favorite way to cook.

“Here I know that every day at lunch, 1,000-something people come through the door,” he said. “It’s exciting— more interesting than a restaurant.”

Edwards said meals at a cafeteria are as they would be at a normal restaurant, except everything is tripled and quadrupled in size.  As a result, the menu must be planned over a month in advance.

“The meal you will eat today was planned over a month ago, the data for the ingredients to be shipped here was sent two weeks ago, it was cooked yesterday, and served today,” Edwards said.  “It’s a delicate business keeping the meals as fresh as possible.”

As for the menu itself, Edwards said there are over 3,500 recipes written by the chefs themselves. They choose which items to serve based on popularity.

“A big part of deciding what to cook is hearing students when they talk,” he said “If people like it, I leave it alone. If they don’t, I try to change the recipes to make them better.”

Edwards plans on bringing all his experience and channeling it to give Dining Services a better cuisine.

“I do plan on adapting a lot of my recipes from the restaurant for Concordia,” he said. “When you’re coming to the same place to eat three times a day, variety is very important. Gotta mix it up.  Keep it interesting.”