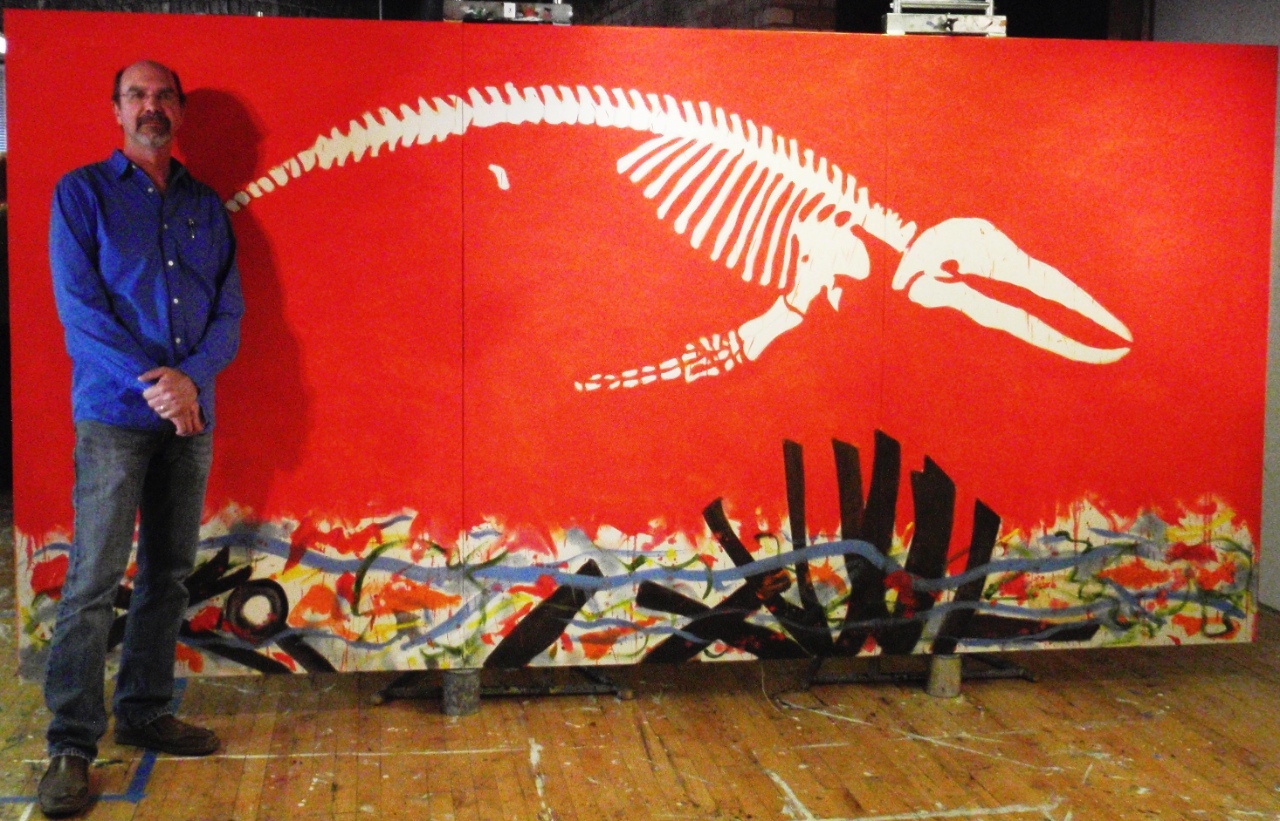 Even if art isn’t your favorite thing, there still would have been something for you to love about the 8th annual FM Studio Crawl that was held Oct. 1 and 2. The Studio Crawl is an event that happens every year where the artists of the Fargo-Moorhead area open their doors and invite those without talent, or perhaps those still perfecting their talent, to bask in their rays of artistic glory. Despite openly adoring art, I have never been to one of these events since I arrived at Concordia. I wanted to go, but found I had homework or was otherwise occupied. I regret this deeply. If you did not get to enjoy the Crawl this year, be sure to skip the studying next year, grab some friends and a camera and head downtown for this wonderful two day event. Try to make room for both days, as this year they had forty artists featured. This is all free, for those of you college students worrying about paying even more money you don’t have. There are even occasionally cookies and juice if you know where to look.

As for the artists and the artwork itself, the Studio Crawl has a vast array of pieces that will fit any taste. There were acrylics, oils, mixed media, ceramics, sculptures, wood carvings, glass work, printmaking, metal welding, photography, stained glass, pottery and more. If you look hard enough, even the most stubborn art loather will find at least one favorite. At 515 Roberts Street, Fargo, N.D., there is an art studio shared by multiple artists creating vastly different works. This is not a typical studio with white canvas and clean palettes. No, in this studio I found human skulls, teddy bears, paintings in every nook and cranny and so many body parts I thought I had entered a mortuary. Yet it was fantastic.

James Wolberg, who calls this place home for his art, makes brilliant ceramics that mirror the forms found in nature with their smooth, flowing shapes. His ceramics range from handmade sinks and benches to even a bathtub.One of my favorites from this artist was a tall lamp-like creation where the base was made to look like the curved spine of a creature. The head of the spine (a light) was meant to stare down at a handmade bench, and the two pieces are supposed to “interact…and have a conversation,” according to Wolberg.

Another artist found in this haven of creativity is Joe Bailey, who is currently working on thirty-six panels that will be put in front of an “animal clinic in Wisconsin… on turn-of the century railroad cars made of wood….the theme chosen by [the client] was animals.” These huge murals of beautiful wildlife are not his only subjects though; Bailey also does many figurative paintings. The ones I saw featured contorted human figures in darker tones that seemed to scream “angst” with their twisted, writhing shapes.

The subjects and styles of these artists, and all the artists of the Studio Crawl, are just as varied in their chosen mediums. On my journey across downtown Fargo, I found bright bold abstractions, realistic Midwest scenery and large monumental murals. One monumental work, done with oil paints on canvas, spanned the immense space of 72” x 144” (That’s 6 feet tall and 12 feet wide.). This piece is entitled “In the Beginning” and was created by artist and North Dakota State University painting professor Kimble A. Bromley this year. Bromley chose to paint on such a large scale because he feels like he can “throw himself into it…and because a large piece like this becomes much more physical and a part of your space.” Looking at this enormous work, you really feel like you are in that artwork’s world and you becomes another piece of it.

This work is one of Bromley’s new series based on his favorite book, “Moby Dick,” and he seeks to capture the “life themes… both the tragic and heroic and the celebrations [of the book].” Bromley added that “I don’t want any of my paintings to be totally negative… in [Moby Dick,] Ishmael looks over the ship into the deep dark sea, but in that deep darkness he sees the whiteness of the whale which is significant of hope for the world, and I see my paintings that way. I may be painting a dark theme… but there’s always hope.”

The white skeleton of the whale may seem to reflect death at first glance, but set against a vibrant red background, teeming with lively and colorful shapes of the sea, it illustrates the hope Bromley wanted to achieve. Bromley also paints realistic scenes, which contrast his non-objective work in his new Moby Dick series. He says he paints both realistic and non-objective because he “likes the challenges of paint… [but] the non-objective ones let me be more myself.”

“I like the freedom of the non-objective pieces,” he said, “but I also like the parameters that the realistic paintings give me.” Even in one artist, there is great variation that will capture the attention of the viewer, as it did for me. So even if art isn’t normally your “thing,” the Studio Crawl had enough range for everyone. At the very least, you could appreciate the exciting creations these artists have strived so hard to create while experiencing another side of the FM area.