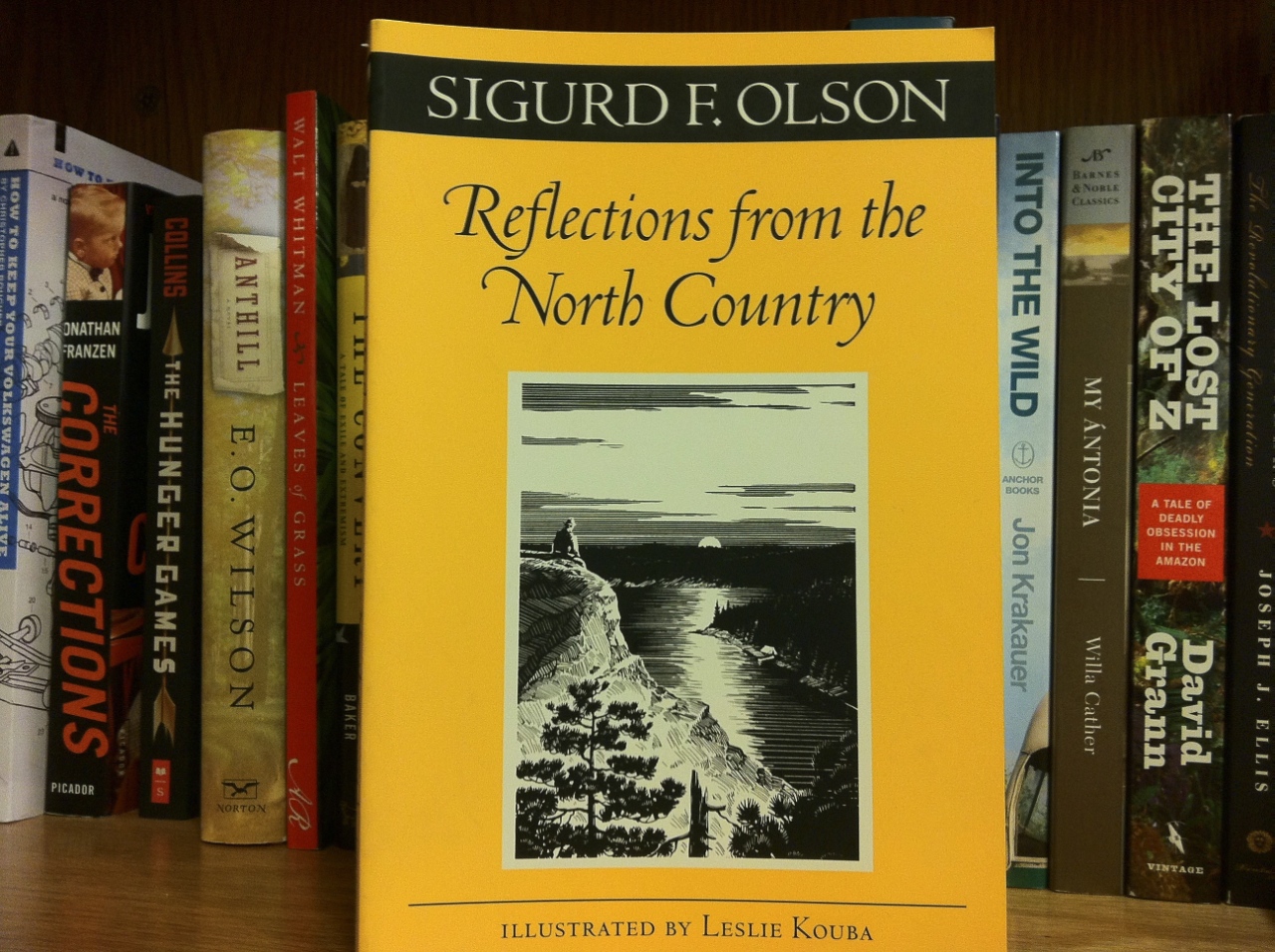 There are some people who believe Minnesota has only two—albeit unequally distributed—seasons: hot and humid summer and nostril-freezing winter. But here in the Red River Valley, we acknowledge two short-lived bridges to those unpleasant times: flood season and the wonderful, picturesque autumn.

As we transition from the dog-days to the color changes of leaves, marked by the arrival of pumpkins and the departure of birds, we appreciate our surroundings unlike any other season.

But few people cherished nature as much as Minnesota’s own Sigurd F. Olson (1889 – 1982), the great environmentalist who has published nine highly successful books. Olson, in his nature writings, shares with readers his affinity for everything in the environment from the unmatched sunsets that grace every day to the peacefulness that is provided by merely spending some time outside, getting away from the hustle and bustle of city life.  His most well-respected work, “Reflections from the North Country,” is a compilation of speeches and writings he submitted to government hearings about just that.

“Wilderness,” he writes, “can be appreciated only by contrast, and solitude understood only when we have been without it.”

Olson, unlike other well-known nature writers, did not believe in dropping everything, selling all worldly possessions and living in a remote cabin for years.  Instead, he insists on finding small, accessible things in nature to appreciate—whether it is the sunset that could never be replicated by a painter because it is ever-changing or a weekend at the lake counting loons. It is about realizing where you are, what you are doing and your impact on the natural surroundings.

“The greatest achievement of our flight to the moon,” he writes, “is the picture of the earth, a living blue-green planet whirling in the dark endless void of space, and the realization that this is home.”

“Reflections from the North Country” provides an unmatched look at this land we live on, this state that so often gets seen as merely flat or cold.  And while it may be those things, it is also so much more.

For readers, Olson’s book is not something to plow through in one night, but rather something to savor— a few pages here and there with ample time for reflection.  Tuck it away and pull it out during times like these when we look outside and see such vivid color change.  Or keep it on a nightstand, and read observations about oneness with the land.

But most of all, get outside.  Enjoy this time of year, because, as we all well know, winter is right round the corner.

Matt Hansen, a fourth-year student, writes The People’s Republic of Matt, a politics column in Opinions. He double majors in political science and sociology at Concordia. On Twitter: @MattHansen

2011-10-08
Previous Post: Theatre B, SAGA Events Planned for Coming Out Week
Next Post: “The Foreigner” Opens Season of Tribute