“The Foreigner” Opens Season of Tribute 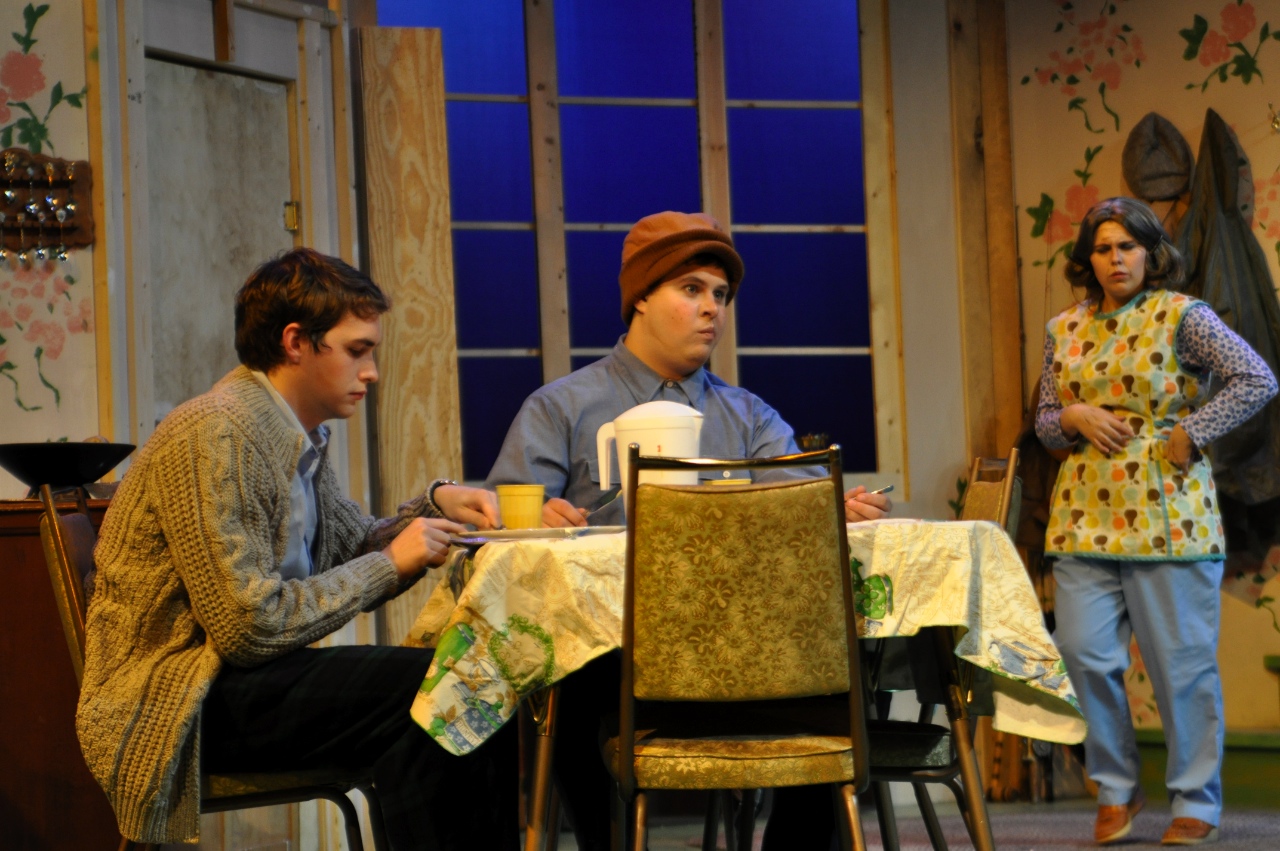 Immigration and the status of foreigners have long been issues of importance in the nation. Given the significance of this topic for many on campus, perhaps it should come as no surprise that the play chosen to open this year’s theater season is “The Foreigner,” a comedy by Larry Shue, which presents the question “When have you been a foreigner?”

The play centers around Charlie Baker, an Englishman who travels to a rural fishing resort in Georgia, where he is staying as a guest. Charlie is so pathologically shy, however, that he does not speak, and leaves the others to assume that he is a foreigner from a far-off land who speaks no English. This false interpretation means the other characters feel free to discuss their secrets and scandals in front of Charlie, who, unbeknownst to them, understands it all.

“‘The Foreigner’ is very much a sitcom-like comedy,” theater professor and director Jim Cermak said, “but the themes are universal.”

Cermak said that all the plays this season center around the theme of the individual in society. He feels that the universality of this theme will resonate with audiences and hopes that the issues discussed in “The Foreigner” are something that the audience will relate to and recognize in their own lives.

“I think [the audience] should be aware of how they treat other people,” Cermak said. “I hope that they will remember that we profile people in the world.”

Senior Christopher Damlo, who plays southern bumpkin Ellard Simms, hopes that Cermak’s and the actors’ approaches to the play will make it relatable for Concordia students.

“I think the message comes across clearer because it’s more realistic,” Dalmo said.

He explained that in renditions he’s seen, the play is typically done in an over-the-top comedic style, but this version is more down-to-earth.

Junior Molly DeMinck, who plays Ellard’s sister, assertive Southern Belle Catherine Simms, said that part of making it more relatable was allowing the characters to evolve throughout the play.

“At the end of it, the evolution is showing how human each of our characters is,” DeMinck said.

Cermak explained that this same evolution happens with Charlie’s character as he overcomes his shyness by regaining confidence in himself.

“What he finds out is inside him, is a whole person,” Cermak said.

Cermak’s journey as a Concordia professor is another theme of the season, as this year marks his 40th and last year with the college before he retires. All the plays this season are ones that Cermak has been a part of in his time as professor, including “The Foreigner,” which was first run at Concordia in 1985. Cermak co-designed the 1985 version with a student, and his wife, Helen, who died in 2009, directed it.

Cermak first came to the college in 1972 after being invited by Dean Paul Dovre to help with theater design. At that time, the college had a small speech and drama department but no theater major. Cermak decided to make drama into an academic program.

“The thing that invited me here was the chance to build a program,” Cermak said.

Cermak said that it took about four years after he arrived for people to start coming to the college to find theater, and a theater emphasis was eventually added as part of other majors, like communications. It wasn’t until the mid-1990s, however, that theater was given its own major and minor programs.

Cermak’s forty years with the college have brought him into contact with a diverse array of students, many of whom he still keeps in contact. His focus on relationships is something that has impacted current students as well.

“Jim’s always told me: It’s about the people,” Damlo said. “He cares so much about the program and about his students.”

Cermak has seen many of his students go on to be successful not only in theater, but also in many other occupations, including lawyers, pastors and stay-at-home moms. This, he says, shows that theater skills are transferable and valuable for whatever path a student eventually chooses.

“Theater for me has been always a life skill,” Cermak said. “Theater skills are life skills.”

For non-theater majors like DeMinck, the fact that Cermak teaches theater in this way is extremely valuable.

“One thing that I’ve really appreciated is that he doesn’t conform to ‘Oh, you’re not a theater major. I can’t cast you,’” DeMinck said.

And for Cermak, this inclusiveness is part of his teaching philosophy.

“That’s exactly how we teach it,” Cermak said. “Everybody is a performer.”