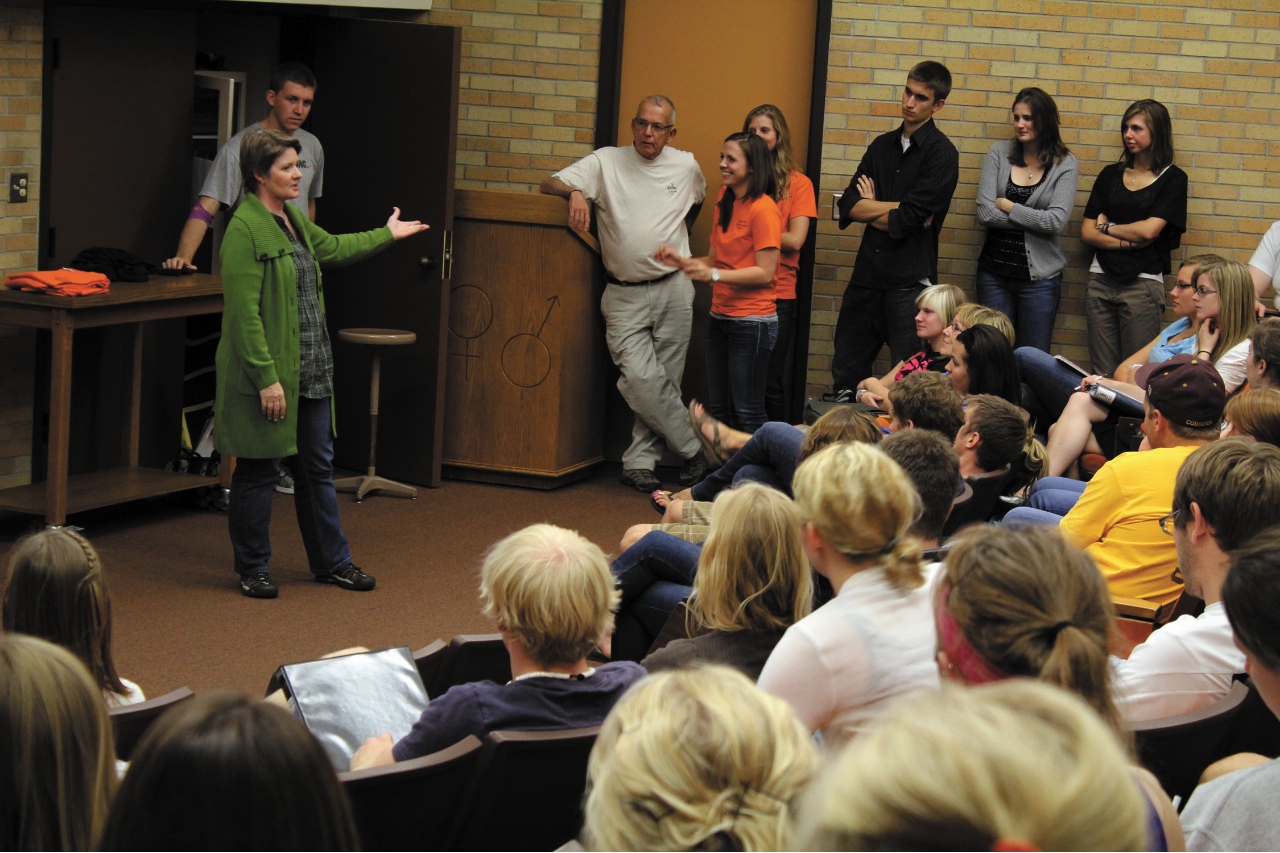 This article was written by Kayla Culver, a contributing author for The Concordian.

Last summer and last spring break, Concordia students traveled to Ecuador to volunteer at Case De Fe, an orphanage based in the Amazon jungle of Shell, Ecuador.

Casa De Fe provides a safe place for those children to live and go to school under the instruction of American teachers.

Arnold is a retired U.S. Army warrant officer. In her career, she worked in military mechanics. She first went to Ecuador to repair wheel chairs in 2001. While she was there, she adopted a child, quit the wheelchair business and started Casa De Fe. She is currently caring for 54 children. Arnold said that she has cared for over 300 children in the past eight years.

Bob Brunsvold, a Concordia alumnus, coordinates all of Concordia’s involvement with the orphanage. Brunsvold is a retired missionary doctor to Ecuador. He started off building churches in Quito, the capital of Ecuador. In 2005, he started working in the local hospital in Shell, Ecuador as an anesthesiologist.

“The first week was tough living and adapting to not only the culture but living in a third-world country,” Bommersbach said.

Mathiason said when she arrived in the morning, she had to greet every tía, an Ecuadorian caretaker.

“If you don’t kiss them and greet them,” Mathiason said, “it seems rude.”

The students mostly played games with the children but also taught a few physical education classes as well.

“We tried to introduce games we would play at camp,” Mathiason said.

Mathiason said if a student asked Arnold for permission to take the kids out to eat or to sleep over, they were able to do so.

“I thought it was a really cool idea,” Mathiason said. “Not many orphanages get to do that, it was really fun.”

Not only did the students get to hang out with the kids all day, but Bommersbach and Quincer had the opportunity to shadow an Ecuadorian doctor.

Quincer said there are similarities and differences between American hospitals and Ecuadorian hospitals.

“I really liked that the doctors went and got their own patients instead of the nurses getting them,” Quincer said.

Casa De Fe started in a two story building of 2,700 square feet in the city Shell, similar to a middle-class house in the United States. Now there will be a multi-purpose building used for housing, which is 9,000 square feet. It will be used for therapy rooms, offices, parties, church and housing for short-term missionaries. The future houses are going to be built in three circles of five houses. Each house costs $40,000 to build.

The school is expected to be finished by the beginning of next fall. Arnold expects to have the first five houses built in the next year and half to two years, but it is at least a 10 year project to complete everything.

Brunsvold said the project costs well over a $1 million, but Arnold pays for it all through donations. It costs $19,000 a month to keep Casa De Fe running. Over the years, donations made by Brunsvold and Concordia students have helped pay for medical bills, a construction truck and a 15-passenger van.

Brunsvold is planning another trip for up to 28 students, over spring break, Feb. 25to March 4.