Class of ’61 Returns for 50th Reunion

By: Stephanie Barnhart
In: Campus, News
Tagged: Class of 1961, Homecoming 2011, Reunion
With: 0 Comments 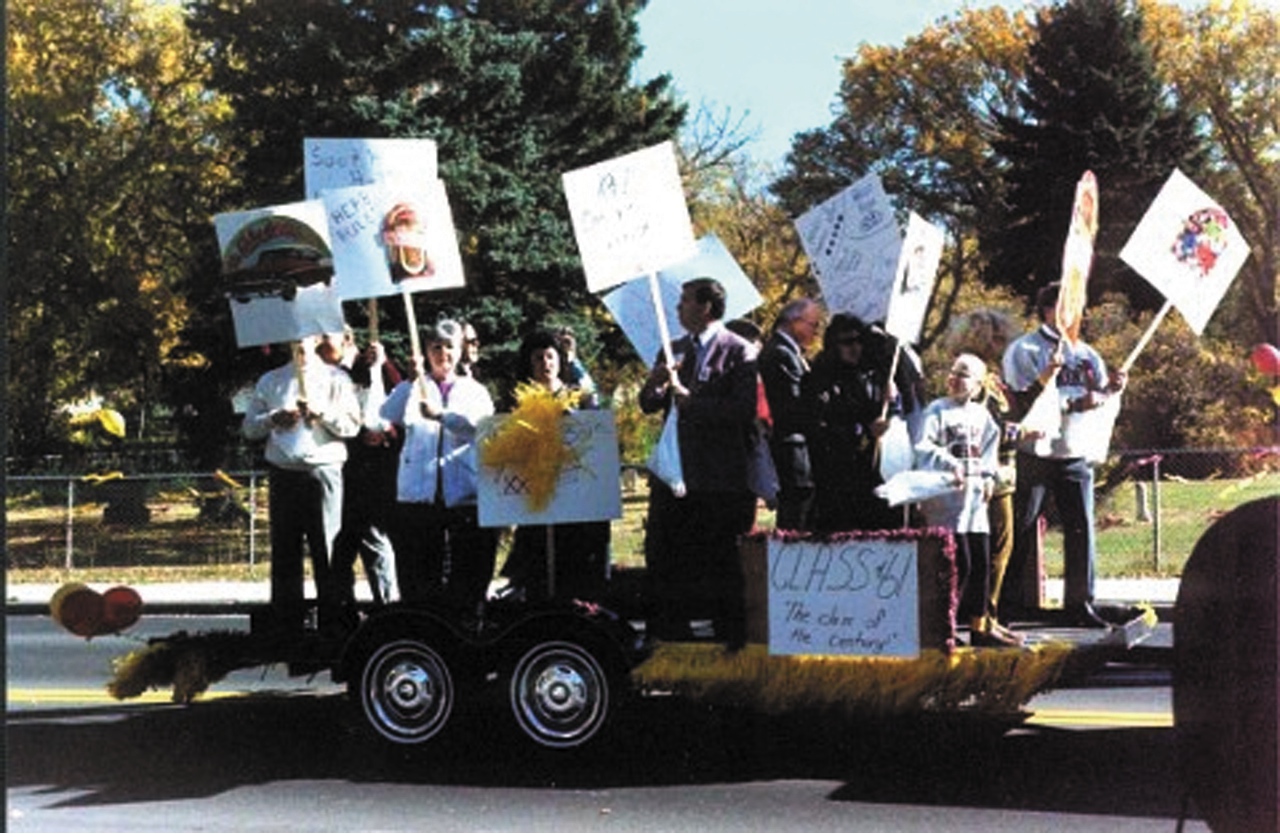 During opening commencement in 1956, former President Joe Knutson named the freshman class with a title that would become their claim to fame.

“President Knutson said it,” said class member Herb Morgenthaler, “we were the biggest, brightest, and best class to ever attend Concordia.”

They did their best to live up to it. Known for helping to hire the first campus pastor, having the first black student member and earning five Alumni Achievement Awards, (more than any other class), the 1961 graduating class is back on campus for Homecoming and their 50th class reunion.

Morgenthaler, who is now retired after working 31 years for the Target Corporation, prides his class on their accomplishments, including their most famous: the Great Silverware Caper of 1961.

Eight senior guys were responsible for the prank. They studied the campus watchman’s rounds and knew when he would take his break, Morgenthaler said. Then they allegedly hid in the tunnels below the buildings and snuck into dining services.

When the watchman wasn’t looking, they took 300 pounds of silverware, all the dishes and cups, and even napkins from the dining center, which was located where the Maize now operates, and hauled their treasure to the library.

Then, they set the tables.

The next morning, the dining staff served their oatmeal on paper plates. The big news spread quickly, but the eight didn’t reveal themselves. They were not caught– or punished.

Reminiscing about stories like these is one reason 1961 alumni like Jim and Janet Hausmann look forward to Homecoming. Their favorite part is talking about old times.

“The conversation just picks up and someone says something that I haven’t thought about for years,” Janet said, “and we remember together.”

The Hausmanns met in their junior year at Concordia. Jim, a chemistry and math major, and Janet, a sociology major, found themselves in the same religion class. Jim sat in the back row.

According to Janet, she turned around multiple times to get a look at Jim, who played on the football team, but she did not officially meet him until they went to an all-school square dancing event.

“It was mostly standing around,” Jim said, “because who likes to square dance?”

The couple was engaged during their senior year and married in June of 1961. Their two children, Brynn and Fredrik, also attended Concordia.

Concordia has been a lifetime home for the Hausmanns. Janet has been a Norwegian professor, the interim dean of women and an academic counselor, and she has held various positions in the psychology department.

As if to match Janet’s impressive list of Concordia-related jobs, Jim has taught chemistry, worked as an admissions counselor and held positions in the financial aid office, and he was the legislative liaison for 10 years until 2010, when he became the interim vice president of enrollment.

Together, the couple has served on the fundraising board for the class of 1961. They remember when the pine trees by Old Main stood only four feet tall and have watched over five decades unfold on this campus.

“You grow with it,” Janet said. “I actually have trouble remember how it once was, because we’ve seen all the changes.”

And speaking of changes, Homecoming has seen few of them since 1961. Jim can’t recall a dance like today’s Harvest Ball as part of Homecoming, but the other parts of the celebration are still steeped in tradition.

The bonfire, talent show (now Frosh Frolics), and a big parade remain on the Homecoming schedulele, though the floats were more elaborate than the current ones.

“Homecoming at most colleges can be just a dance, or a keg of beer, or many kegs of beer,” he said. “But this is a different kind of experience.”

Britt Vander Eyk, Homecoming Chair, thinks the excitement of Homecoming comes from current students and alumni equally. The events planned, she said, are meant for both groups.

“Alumni come back to see the changes, like the new majors and the Offutt School of Business,” Vander Eyk said.

And the students, she said, get pumped up about the buzz on campus. For Vander Eyk and the Homecoming Committee, the whole week is about passing on Cobber traditions and displaying school spirit, which led them to select “United by the C” as this year’s theme.

So on Saturday morning, when the 1961 crew gathers for brunch in the Centrum, lots of chatter will be inevitable. And perhaps a bit of joking will take place about that well-executed prank involving silverware. According to Morgenthaler, no plans have been made to follow up with a bigger, better fiftieth reunion prank.

“I say we kidnap the chocolate man,” Jim said.