A Chance to Bond with Communities, Each Other 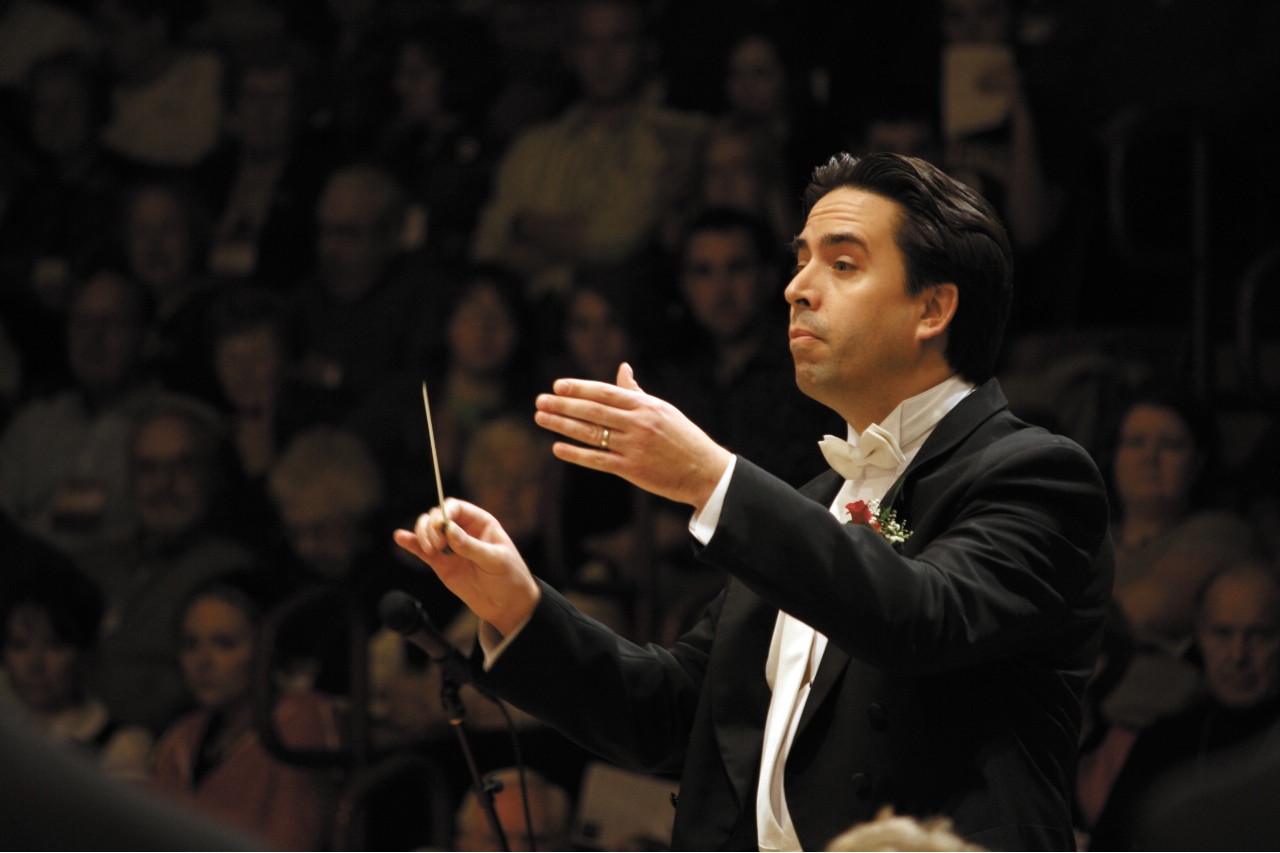 The Concordia Orchestra left last Sunday for their tour of Minnesota, which includes performances in Marshall, Rochester, Mahtomedi, Niswa, Bemidji and Crookston.  The home concert will be Sunday at 4 p.m. in Memorial Auditorium.

“[Tour] is a chance for the orchestra to spend time together and perform repertoire,” said Foster Beyers, director of orchestras.

Music tours also serve as an opportunity of outreach for the college. Beyers noted that during the tour they will make contact with alumni, other orchestra directors and high school students who may be recruited.

This is Beyers’ first year at Concordia. Last year he served as the interim director at St. John’s and St. Benedict University. This is the first tour longer than a day that he will lead.

Getting to perform concerts and wonderful music for a week “is like a dream come true,” Byers said.

“Being on tour is fun because you’re away from the college,” said junior Joel Leeman, assistant manger of the orchestra. “You get to know the orchestra as a community and spread information about music at Concordia.”

Leeman also joked about some of the tour traditions.

“New members have to write love letters to seniors,” he said. “They also perform skits at dinners.”

Last year, Leeman’s first year in orchestra, he was part of the rap crew, so he would rap lyrics at dinners.

One different aspect of tour this year is that the entire trip will be in Minnesota.

“Based on that we have a new conductor, we’ll stay entirely within Minnesota,” said Kent Loken, associate director of music organizations. “The selected spots that have strong Concordia connections.”

Beyers looks forward to this opportunity.

“This will give the orchestra the opportunity to spend time in each community and give them the chance to meet with orchestra directors and students,” Beyers said.

Along the way, the orchestra will stop in Minneapolis, where many members have friends and family who will attend the concert. Orchestra members will also observe a Minnesota Orchestra rehearsal at Orchestra Hall while there.

Along with developing relationships in communities, people within the orchestra hope to develop stronger connections with each other.

“I’m looking forward to getting to know students better,” Beyers said. “I just see them in class four times a week. I will have the opportunity to talk to them as people outside of class.”

Leeman agrees that tour is about connecting with others.

“I play with the orchestra two days week,” he said. “Community aspect and meeting everyone is really important.”

As for the music, Dr. Nathaniel Dickey, low brass professor, will accompany the orchestra and perform as a soloist for a concerto.

“That just shows we have amazing teachers and performers as well,” Loken said.

Loken is excited to hear the concert at each venue. He visits the locations ahead of time and imagines what the orchestra will sound like in each different place. This year the orchestra is playing at three schools, three churches and then ending in Memorial Auditorium.

“He’s done a good job of taking what Dr. Hoglum had for the orchestra and continuing to take that further,” he said. “All this is new to him. He will get to see what our traditions are about.”