The Beauty of Math 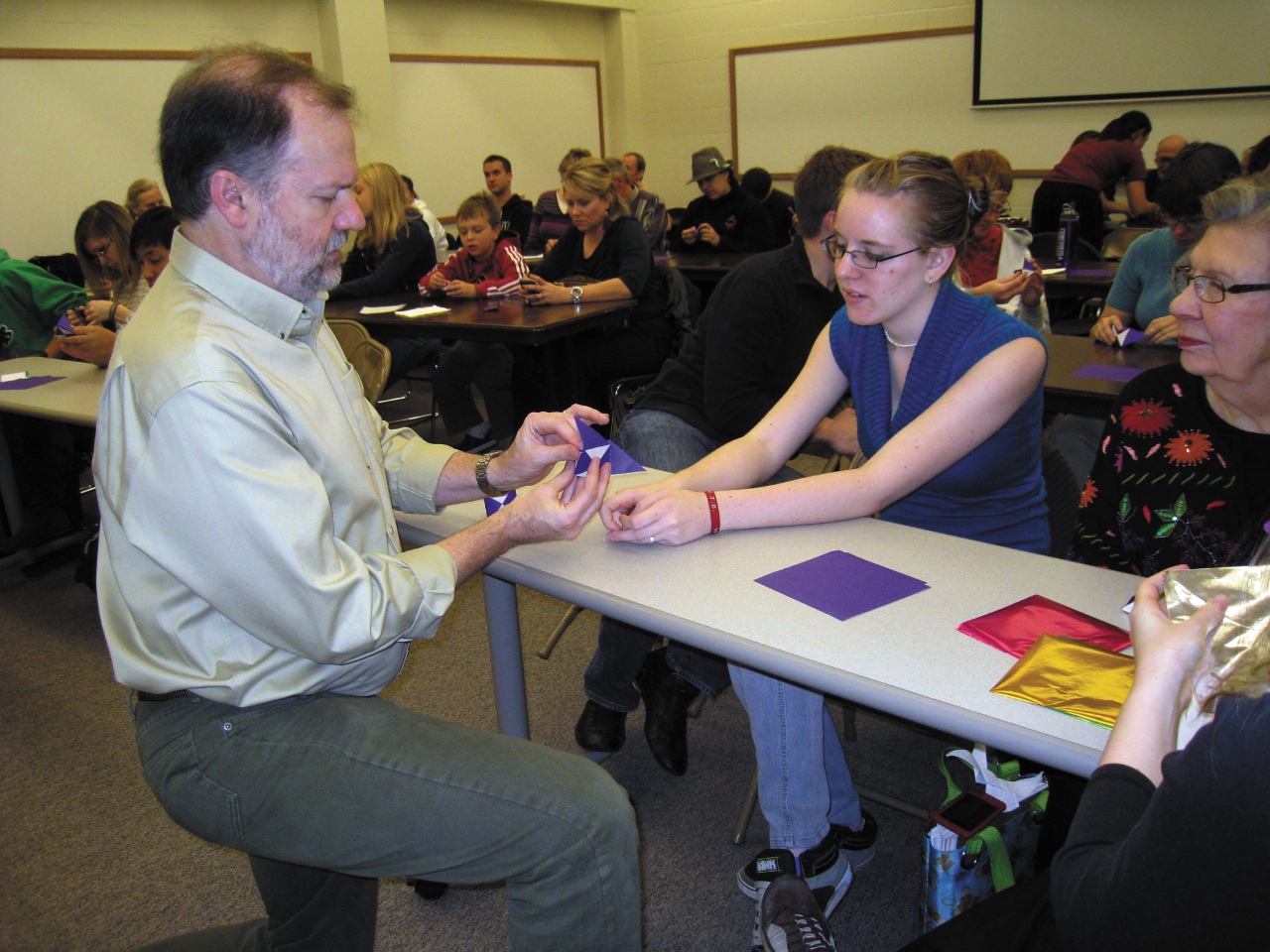 This article was written by Lexi Robinson, a PULSE contributer for The Concordian.

Origami, the art of Japanese paper folding, dates back to 1680. The first reference to origami is in a poem by Ihara Saikaku. Origami butterflies represented the Japanese brides and grooms of the Heian period and the journey ahead of them. Dr. Robert J. Lang spoke on the topic of origami in the mathematical world to celebrate the 100th anniversary of Concordia’s department of mathematics on Oct. 19.

In a lecture titled “From Flapping Birds to Space Telescopes: the Modern Science of Origami,” Lang discussed the relationship between theories and the mathematical world. This T.C. Wollan lecture series was founded in the mid-1960s to honor T.C. Wollan, one of the founders of the mathematics program at Concordia. Lang used simplified terminology, saying that “no matter how complicated origami is, it’s nothing more than valley folds and mountain folds.”

The Renaissance-inspired Origami artists to share their ideas with those around them, passing down the tradition and expanding the horizons of this art form. In Japan, one of the first things a kindergarten student learns is the folding of the paper crane.

“Mathematics helps do things in art that seem impossible to do,” said math professor Oksana Bihun.

Bihun believes that by using mathematical language, a better art is possible. This well-attended event invigorated the community and “showed mathematics can be very fun.”

When asked how origami advanced, Lang told the audience that origami artists began using mathematical ideas to fold their inspirations.

“I was shocked to see that all those things could be made out of a single shape of paper and how it relates to the math world,” freshman COBBlogger Katie Englund said.

There are four rules to creating any origami figure. Rule one is the two color rule, stating that no two colors can share a common face. Rule two states that all interior vertices must abide by the equation “m-v ± 2, where m is the number of mountain folds and v is the number of valley folds. The third rule is that all alternative angles around a vertex must have a sum totaling a straight line. The fourth and final rule restricts the paper from intersecting itself. It’s not just a matter of folding paper. You need to figure out formulas and shapes that fit together to create something,” said Englund.

Lang’s personal equation is simple and works every time. “Drawing stick figures is every child’s first step to creating,” he said.

When Lang was six years old, he read an origami book that sparked his interest in this art. He was able to create “something from nothing,” a powerful idea for a young child.

Lang ended his lecture by applying origami to the real world. Space exploration and car safety features were at the top of the list. The James Webb Space telescope has two folds, fitting the description of being “small for the journey but big and flat for the destination.” Car airbags follow the rules of origami.

As modern society changes, the economy fluctuates and advertisement graphics are adapted. Origami presents an adapted modern art form promoting commercial products all over the world, proving to be a universal art. Ending the lecture, Lang said that “some of those solutions could save a life.”