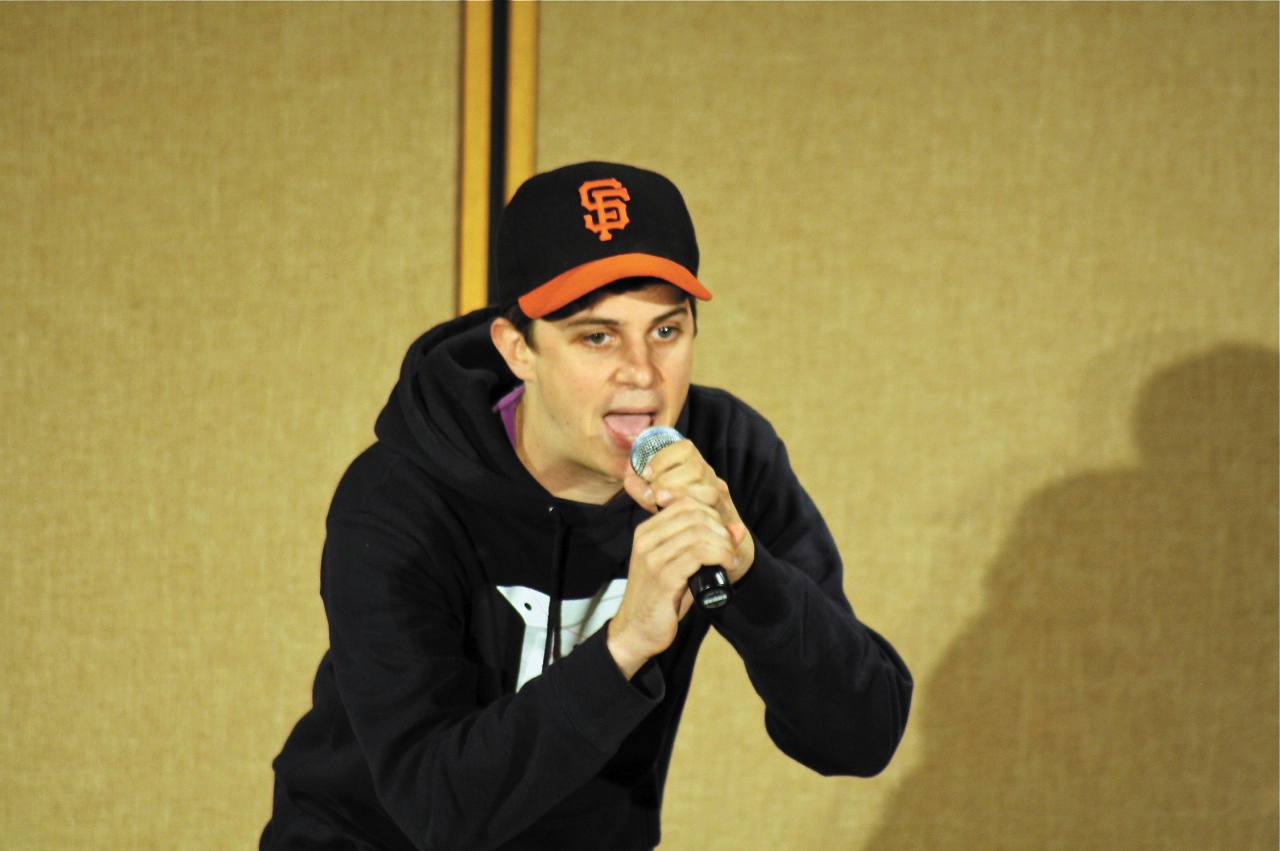 Spoken word artist George Watsky returned to Concordia on Nov. 11 for a performance of his original poetry and rap. This was Watsky’s second appearance at Concordia, an achievement he commemorated by commenting on how proud he was to have been promoted up half a floor to the Centrum after having performed in the Maize last year.

Watsky’s clever rhymes were humorous but also deeply contemplative. Friday’s audience was moved to laughter and reflection as Watsky rapped his way through a variety of issues, from global warming to his own dance moves.

Watsky took time between poems to talk to the audience about his opinions and experiences, also sharing stories about the four days he spent in Fargo prior to his performance at Concordia.

Watsky has been touring at colleges for the past five years and said that it is his favorite performance venue.

MacArthur admires that Watsky has been able to turn his poetry into a career, saying that it encourages others to pursue writing and speech. He said that the emotion and illustration that spoken word lends to writing is very powerful, something that draws in listeners and performers alike.

“When you hear poetry spoken, you connect to the language in a whole new way,” MacArthur said.

Watsky has become something of a celebrity in the world of spoken word, and he has made several talk show appearances ain addition to touring across the country. He remains down-to-earth, however.

“I’m constantly humbled and reminded of how regular I am,” Watsky said. “I want people to know that you can be successful with honesty and while still being yourself.”

Watsky concluded his performance with a poem about a failed middle school date to a Sum-41 concert. As he told of his botched attempt to crowd surf at the concert to impress his date, he stepped up to the edge of the stage, looked out at the audience and raised his eyebrows. Several people laughed nervously, but the crowd gradually began to move forward and Watsky jumped out into the raised arms of the audience.