Getting to know our neighbors: The Comstock House 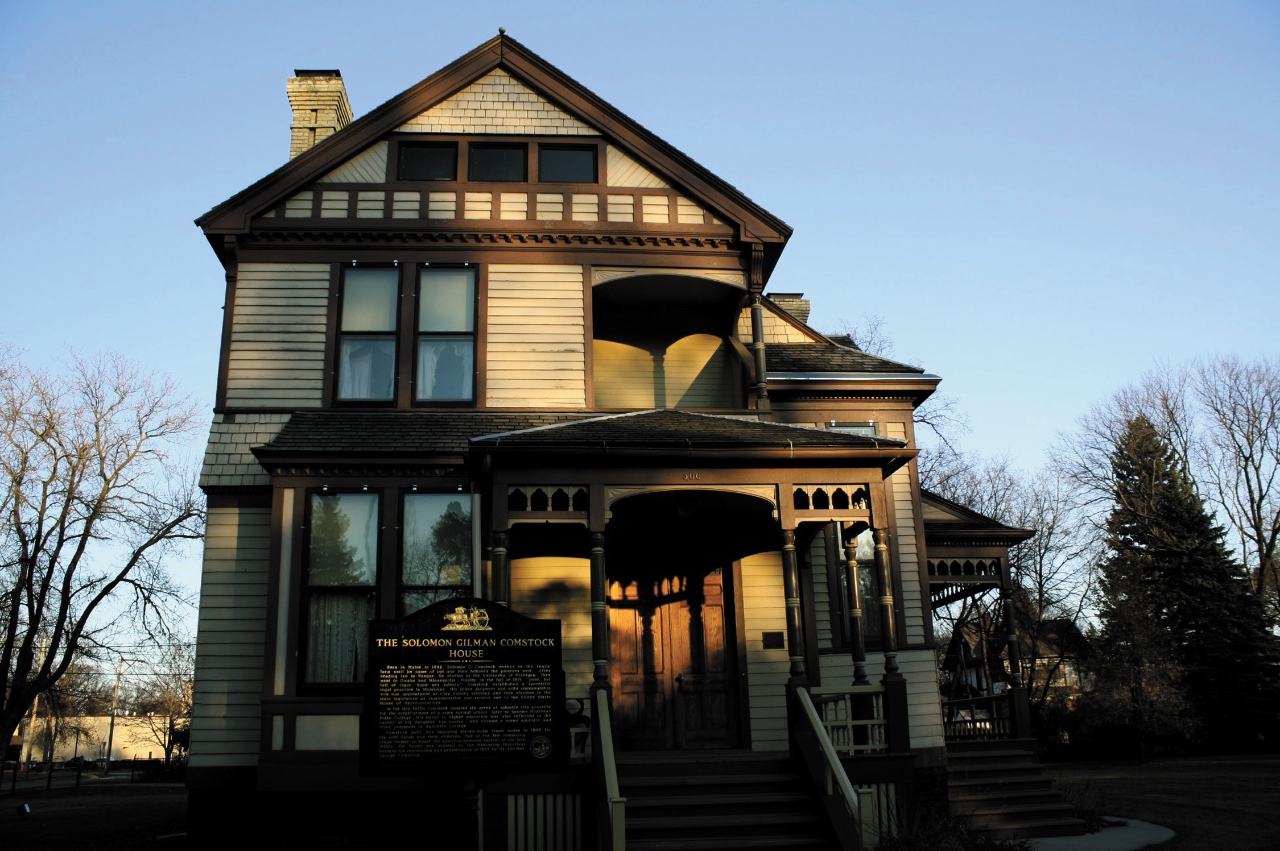 The ornate woodwork and Victorian wallpaper of Moorhead’s Comstock Historic House stand frozen in time, a reminder of the family that once occupied its rooms and corridors. The residence of early Moorhead founder Solomon Comstock, his wife Sarah and children Ada, Jessie and George, the home is an important landmark of local history and, given the prominence of the Comstocks at the time, state and national history as well.

It would be easy for such a landmark to fall into disuse and disrepair if it were not for the workers and volunteers who keep the stories of the Comstocks and their home alive.

She stressed the importance of bringing young people and school groups in to experience the house.

“We want to give the opportunity for students of any level to come and see the history,” she said.

One such student who has become particularly interested in the Comstock House is Evangeline Holley, a freshman biology student at MSUM. Holley, who grew up in Moorhead, first came to the house on a fifth grade field trip, and her experience inspired her to start volunteering there last year. She was hired this year as an employee.

“The history of this area is really interesting,” Holley said. “Once you get to know it, you feel more connected to the place.”

And it’s “knowing about the family that lived here and that this was their home” that makes that connection come alive, she said.

Kathy Faeth, the home’s site manager, is a teacher by trade and enjoys the educational experiences she can provide the people who visit the house. The visitors aren’t the only ones who learn, however.

“There is a learning back and forth,” Faeth said.

She explained the importance of listening to her visitors, especially many of the older ones, who come to reminisce about time they spent in the house as children when the family still lived here.

Faeth said that visitors come for a variety of reasons, from school children on field trips, to owners of Victorian homes looking for remodeling ideas, to one woman in particular, who seemed very interested in historic closets.

“She said, ‘I don’t care about anything else. I just want to see the closets.’ So we went around and looked in all the closets,” Faeth said. “I don’t know what she was looking for, but I was happy to do it.”

While Solomon Comstock himself was no doubt a prominent figure in town history, serving as a state legislator, US senator and local philanthropist, the rest of his family was also very well-educated and well-connected.

Comstock’s daughter, Ada, graduated high school at the age of 15. She went on to become the first Dean of Women at the University of Minnesota and served as a professor there was well. She also served as the dean of Smith College and president of Radcliffe College, and she was the only woman appointed to President Herbert Hoover’s Wickersham Commission on law, order and prohibition. An independent and forward-thinking woman, Ada did not marry until after she retired at age 67.

Interest in stories like these is what the workers and volunteers at the Comstock House hope to inspire in the people who come to visit. For Holley, respect for the past remains important even in modern times, when many people are intently focused on what the future will bring.

“I just think it’s important to know what happened in our town before our time,” Holley said.

The Comstock House is open for tours during the summer from Memorial Day weekend to Labor Day weekend, but it also hosts several events throughout the year, including the annual Holiday Treats and Tours, which will be held on Saturday, Dec. 3 from 1 to 4 p.m. The cost is $6 for adults, $5 for seniors and $4 for children.