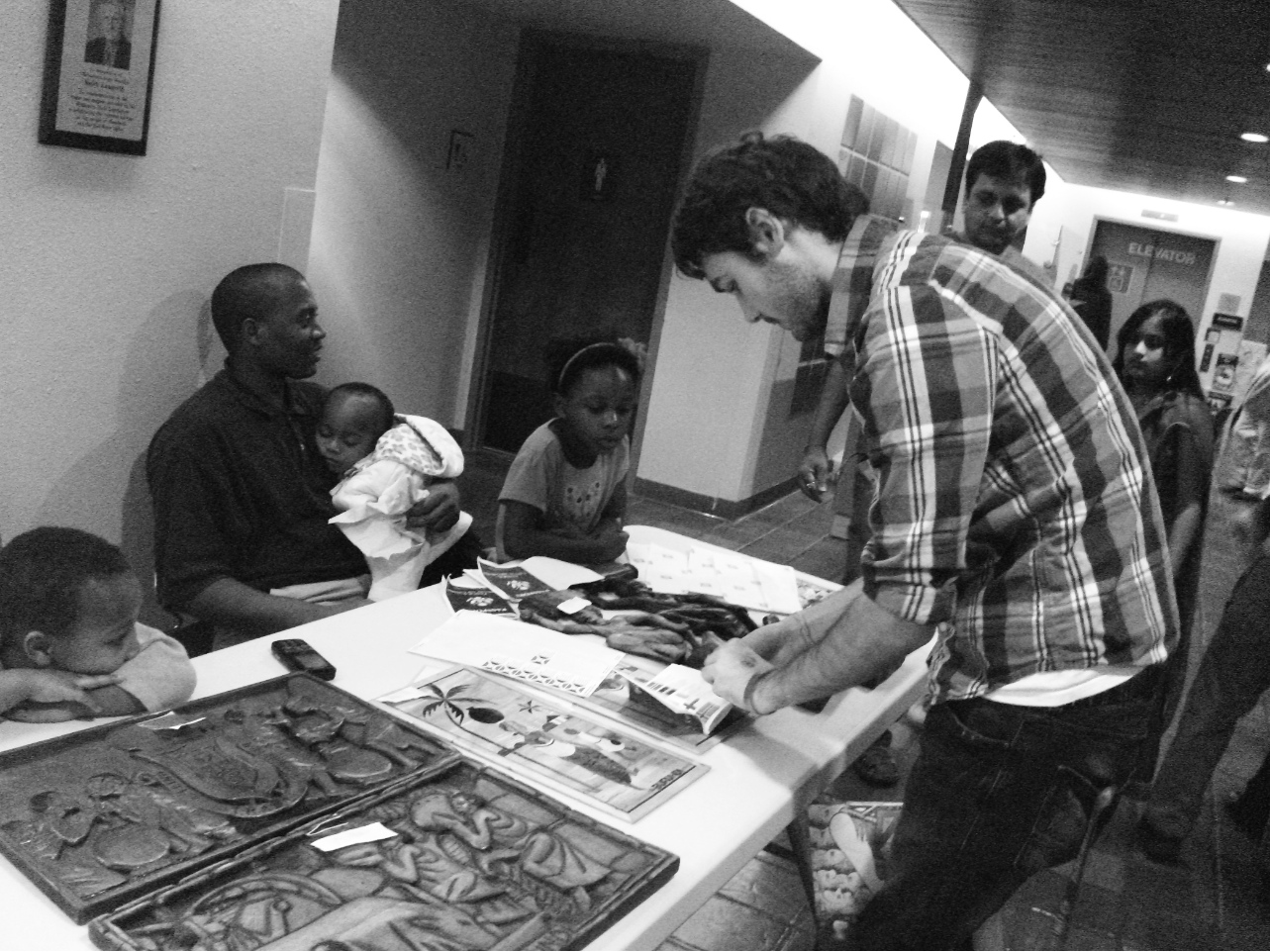 Record numbers were drawn to the mouthwatering aromas of multiethnic cuisine, traditional music of various cultures and booths representing different countries that filled the Hjemkomst Heritage Center on Nov. 12 for the yearly Pangea– Cultivate our Cultures festival.  This free event offered a chance for Fargo-Moorhead citizens, specifically refugees and college intercultural organizations– including Concordia College’s French, Scandinavian and German clubs– the opportunity to educate the public about cultural diversity.

Tim Jorgensen, the events coordinator for Pangea this year, explained that the festival is an important component to bringing awareness to the cultural diversity of the community.

“The goal is to make sure some of the diversities in Fargo-Moorhead have the opportunity to make themselves more visible and share culture with the area,” he said.  “At the same time [Pangea] lets the community come to one area and see the different cultures.”

This year the event, which is organized primarily by Cultural Diversity Resources, featured booths from 18 different countries, performances from nine different cultural groups and food from 10 different cultures, as well as additional exhibits by local culture groups.

As a new addition this year, presentations and lectures on various cultural traditions were also part of the festival. Such presentations included a salsa dance lesson and a dance from the Mexican birthday celebration Quinceanera, both of which were very popular.  Less attended were the discussions on Serbian literature and the Finnish school system.  Jorgensen explained how as long as there are grants to fund the festival they will continue to experiment with the activities that take place.

“It’s hard to know what the community is interested in unless you try new things,” he said.

Keeping with the tradition of the past 17 festivals, the center was lined with booths representing each country where attendees could receive a sticker for their Pangea passport, if one was lucky enough to grab a passport before they ran out due to the unexpectedly high attendance.  Additionally, each booth had interesting information on each country (who knew that the oldest flag came from Sri Lanka?) and sometimes merchandise for sale, such as wood carvings from the Burundi booth.

While meandering through the various booths, the variety of possible activities were plentiful; get a henna tattoo hand-painted at the Indian booth or write in ancient Viking runes on a stone at the Norway booth. Or say hello to the Cobbers running the Germany booth where sophomore Julia Cater, secretary of the German club, and senior Steph Clark sold advent calendars and passed out worksheets which taught German animal names.

“People love the advents and the gummy bears,” Clark said, explaining that the gummy bear originated in Germany.  She, Cater and the rest of the German club, will continue selling advent calendars throughout campus to help fund the club.

Following the tantalizing aromas led one past the booths and directly into the crowded dining hall where the cuisine could take your taste-buds around the world. A few menu items included: Tandoori chicken from India, aebleskiver (pancake balls) from Denmark, Lumpia (an egg roll type dish) from the Philippines and crepes from France served up by volunteers from Concordia’s French club.  Among these volunteers, who were given the opportunity as a means to raise funds for the club, were freshmen Courtney Backen, Bailey Carlson and Sarah Weichmann.

Her fellow club members were all in agreement.

“It’s nice to get involved with the community outside of the classroom,” Carlson said. “Everyone wants the crepes.”

As the meals were consumed by hungry attendees, entertainment was provided through various musical cultural presentations including a Scottish bagpipe group, a traditional Norwegian folk dance, traditional Indian dances and many more from various cultural groups.  These performances are an important part of the festival, Jorgensen said, explaining how educating the community about diversity goes hand in hand with experiencing the art of different cultures.

Every year, the event committee searches the community for people or groups that might want to share their culture through Pangea, a task Jorgensen describes as “the fun part.” They contact everyone from the Fiber Artist’s Guild to the Medieval Club, he said.  Even though this is not typically what one might imagine when thinking of different cultures, Jorgensen explained that Pangea provides the opportunity for groups to educate the public about the tradition of their craft or the culture within a historical time period.

“Anything to expand on the already existing diversity to make the audience think a little deeper about what cultural diversity means,” he said.

At the next Pangea festival, Jorgensen and the committee plan to continue to find new groups who wish to share their culture with the community as well as broaden their multicultural cuisine, hopefully by adding a German booth. And this time they will be sure to have an extra supply of paper passports, so that even when attendance reaches over 1,400 as it did this year, everyone will have something to remember their journey through the cultures of Pangea.