‘Pay-It-Forward’ comes back around 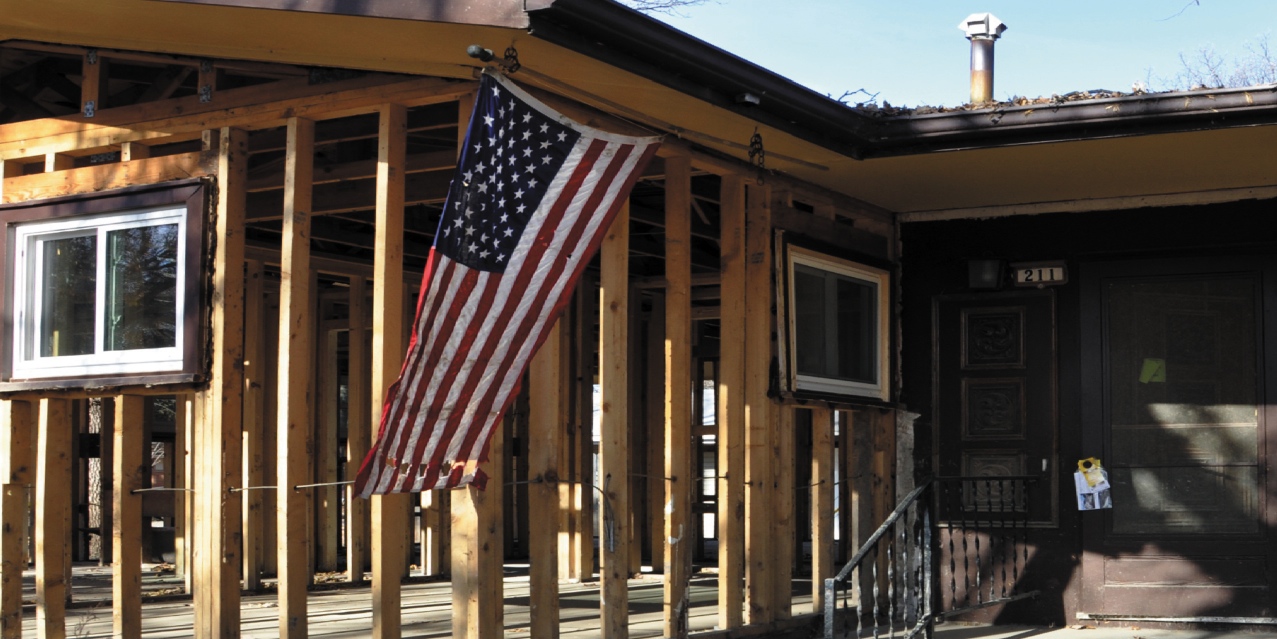 Artwork crowding the center of the Carl B. Ylvisaker Library at Concordia can only signal one thing: Cobbers are paying it forward. This marks the fourth year of the Pay-It-Forward event at Concordia College. The event started officially in 2008, but it began unofficially in 2007 with the donation of one thousand dollars from the library’s evening Circulation supervisor, Stephanie Sailer. Sailer donated $1,000 to buy books and DVDs for the library. The money she donated was given to her by her employers at State Bank & Trust in Fargo as part of their Pay-It-Forward program.

Michael Solberg, the president and chief operating officer of State Bank & Trust, as well as a “proud 1995 graduate of Concordia College,” started the first Pay-It-Forward program at State Bank in 2007 and a new Christmas bonus for employees.

“We have a history at the company of celebrating our year end in a big way,” Solberg said. “We have a big Christmas celebration each year, and the year before we kicked off the Pay-It-Forward event, we had given everyone $1,000 at our Christmas party to celebrate the fact that our company had such a good year. The next year… we were trying to figure out a way to still celebrate in a big way… but maybe take the focus off of all of us as employees and do something that would benefit the community.”

Solberg’s wife had seen an episode of “Oprah” where the audience members were each given $1,000 with the stipulation that they had to donate it to someone else. This idea led Solberg to follow suit, and in 2007, the employees of State Bank were given another thousand dollars each with the catch that they had to “pay-it-forward.” To date, there have been over 2 million dollars given away because of this program at State Bank, and not just to large organizations.

“One of the neat things about the program is that it doesn’t have to be a charity. Many of our employees find causes that would otherwise probably fall through the cracks,” Solberg said. “Maybe they have a neighbor in their apartment building that just lost her job, and they’ll go out and buy her kids Christmas presents, or they might have a friend who’s struggling with cancer and needs some help with medical bills.”

One of the causes happened to be the Concordia library, and that donation led to the Concordia library’s own version of Pay-It-Forward. This adaptation brings something new to the table because it incorporates students in their work, similar to the way Solberg involved his employees. Any Concordia student can submit their work for this contest. Six winners receive 40, 60 or 100 dollar rewards donated from the Library’s personal funds.

The winners are determined by how many votes they receive, but the only way to vote is by donating money that goes to a predetermined cause. This year’s cause is the Minot Recovery Fund. The library expects to raise equal or more than the initial $1,000 that started the Pay-It-Forward event. Concordia has been able to surpass that goal each year since the program started in 2008, including last year when $1,348.76 dollars were raised for the Nokomis Child Care Center in Fargo. The center has used the funds to continue their work in the community.

“Our scholarships here at Nokomis are definitely our biggest priority, and [they] go to low-income families,” said Jane Greminger, the Nokomis Program Director. “Usually around 100 children a year can afford care here because of those scholarships we hand out. Last year we gave $95,000 in scholarships. That’s our biggest year we provided scholarships for.”

This year’s recipient of the donations was chosen by Sailer, who visited Minot this November. She found that the money the Minot Recovery Fund had to aid flood victims was only a “drop in the bucket.”

“We’re used to floods, but we’ve always survived them,” Sailer said. “I think in our minds it’s easy to not realize the extent to what they’ve gone through. We’ve really not had anything to that extent. The fund itself has raised 6 million dollars, but the overall cost of the flood was over $1.2 billion.”

Sailer hopes to raise money to counter this high cost through the Pay-It-Forward challenge. Her response to the program is not unusual, according to Solberg.

“I really believe that what comes around goes around,” he said. “It almost means more to the people that give than the people that receive. We have employees that have come back from some of their pay-it-forward projects really changed because it does make us think about how blessed we are in our circumstances. We all have issues that we’re dealing with at any given time, but when you really look around… you’re really able to count your blessings and that’s been a huge component to the program.”

The Pay-It-Forward challenge will run at the Carl B. Ylvisaker Library at Concordia until Dec. 9 when the winners will be announced.