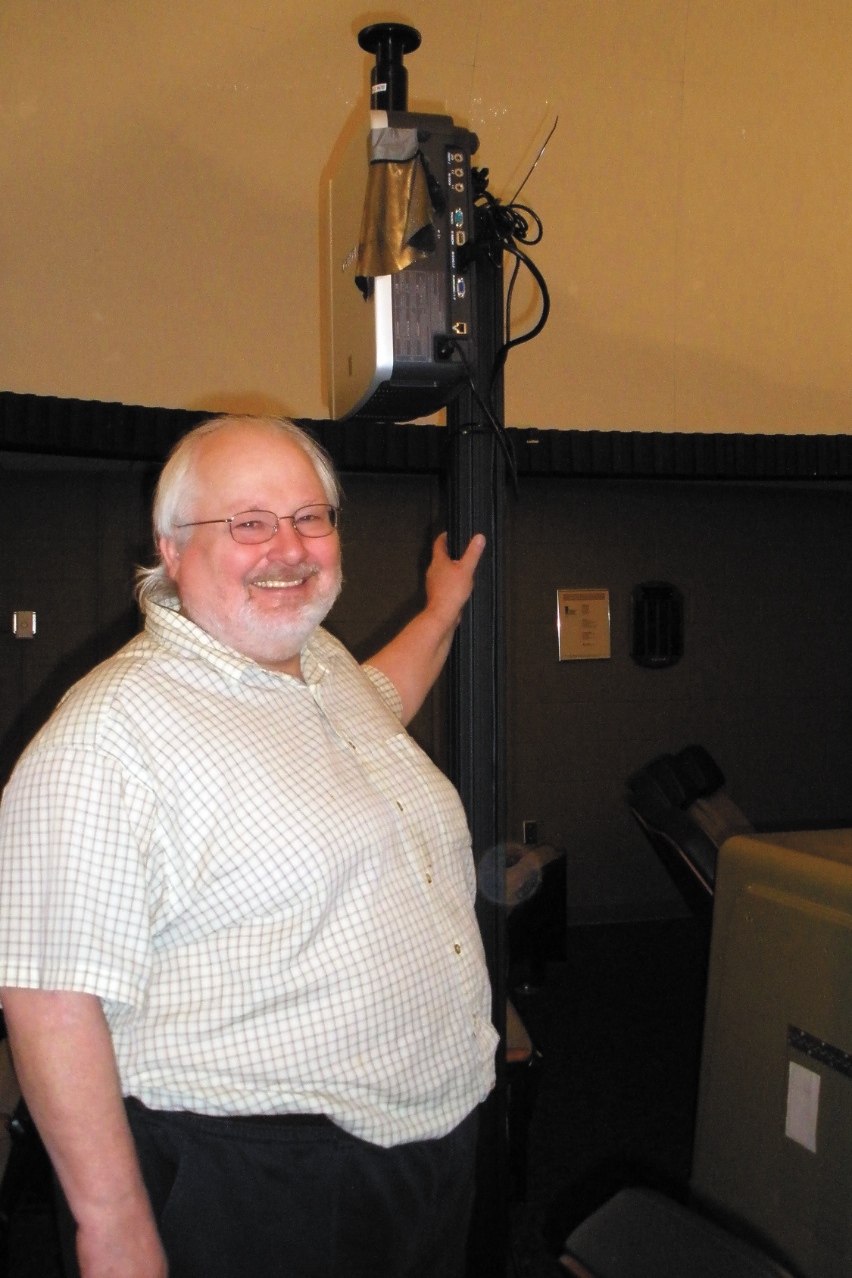 On Sunday night, Dec. 4, people of all ages gathered for the show. Attendees entered a circular room and sat in chairs slanted towards the ceiling view that projected the winter sky.

For those who have never been to the Planetarium, it is a unique opportunity to experience the beautiful winter constellations and stars without having to leave the comfort of a warm building. The planetarium simulates the night sky and can show the sky from any location on the Earth and even other galaxies now or thousands of years in the past of future. A video projector, multiple slide projectors and special effects projectors enhance a main projector creating a spectacular visual show.

The program this month, “Season of Light,” offers a whole new perspective of the history of winter holidays, from the winter solstice traditions of the Romans and the Star of Bethlehem to the lighting of the Hanukkah Menorah.

For those who have ever wondered about the star that lead the wise men to Jesus, the program explores the famous star that led the Magi to Bethlehem as well as other prominent “lights” we look to in the darker months of winter.

The show also gives a quick crash-course in astronomy and constellations also working to highlight the school’s new projector.

After a presentation of “Season of Light,” David L. Weinrich, the planetarium coordinator, demonstrates the new projector the university purchased in October.

“This program is the first big public program we have done,” Weinrich said.

“We still have the old projector, but it just shows stars from the earth. The new projector is an update that not only can show stars from earth but from different planets as well,” Weinrich said. “It shows three-dimensional relationships and helps with visualization.”

Not only will the new projector be used with the 240 university students that take astronomy each year, but it will also educate over 6,000 elementary students that visit the Planetarium each year to learn about the seasons and the planets.

Concordia senior Tyler Bublitz, who attended the show, said he was impressed with the visuals as well as the history that the show presented.

“It was really cool and reminds me of an Omnitheater or a 3D movie,” he said.

The presentation offers an entertaining look at the history of our winter celebrations  and the space explorations done with the new projector. They create a great show to see around finals, because it is inexpensive ($2.50 for tri-college students), and it also puts life into perspective by comparing the stress of finals week to the great vastness of our universe and rich history of human celebration.