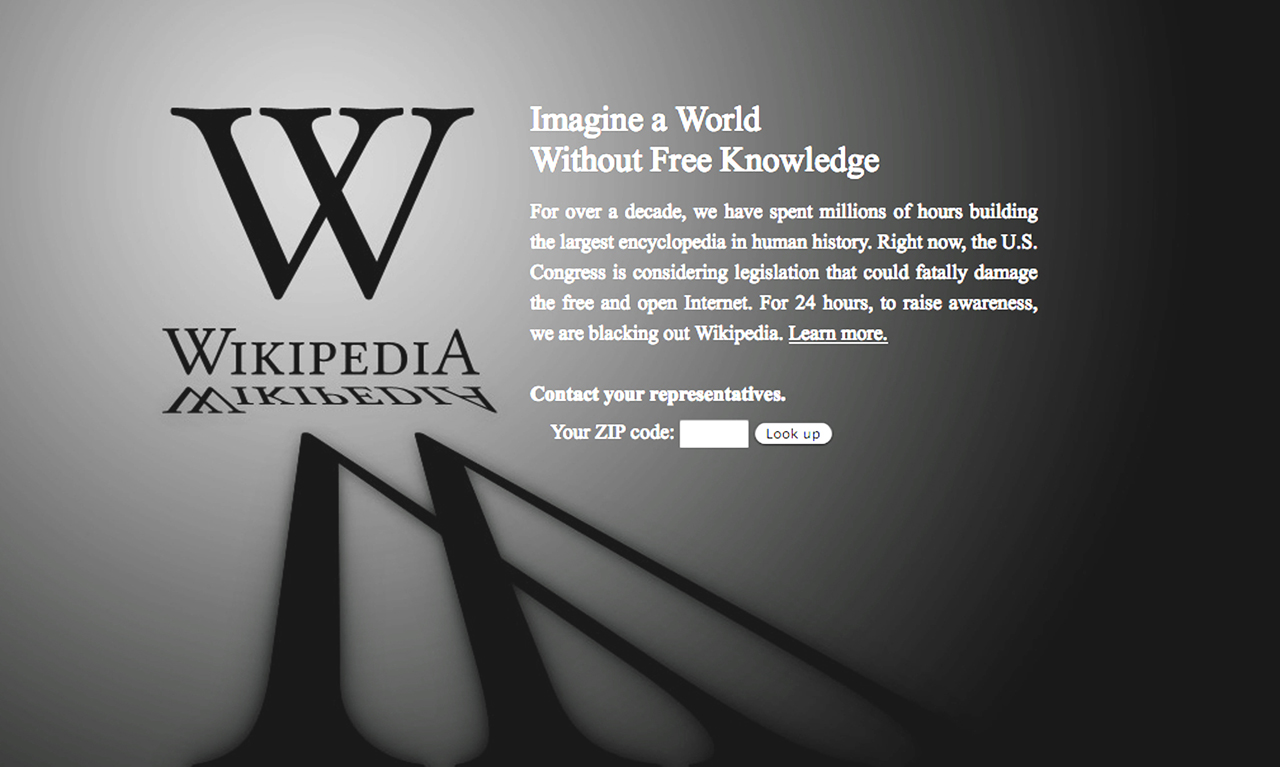 “SOPA…the Spanish word for soup” read sophomore Paula Haeder’s Facebook status Jan. 18. Before this date, this is all the word “SOPA” meant to most Americans. However, two pieces of legislation became a national hot topic as thousands of websites like Wikipedia, Tumblr and Pinterest protested the Stop Online Piracy Act and the Protect Intellectual Property Act by blocking their content with messages declaring how the legislation would affect their website’s operation.

“It made us have to Google [SOPA and PIPA] to find out why our sites were closed,” senior Amanda May said. “It made us more informed about the legislation.”

A spokesman from Google told the Los Angeles Times last Friday that more than 4.5 million people signed an online petition against SOPA and PIPA, which led to Republican Texas Rep. Lamar Smith pulling the bill from the docket on Jan. 20. He claimed that “until there was wider agreement on the solution,” he would not continue to push for SOPA, reported mashable.com.

SOPA and PIPA were initially designed to solve problems with foreign-based websites that contain pirated movies and music, the New York Times reported last Wednesday. The opponents that began the uprising, however, are concerned that the language in both bills is too broad and could allow websites based in the United States to also be targeted. Additionally, a Wikipedia official said they worry that it could lead to “censorship without due process.”

Bruce Vieweg, Concordia’s interim dean of students, associate provost and chief information officer, said that he thinks there are better solutions to piracy than government intervention, like SOPA and PIPA.

“I certainly understand the needs of copyright holders to protect their assets,” Vieweg said in an email Jan. 17. “However, I also highly value the free and open access currently enjoyed on the Internet. I will fight with all I have to maintain open and free access to information across the Internet for all of us.”

To help the public become aware of what the Internet would be like if these bills were passed, sites including Wikipedia and Megavideo shut down for one day and directed users to a page with information about SOPA and PIPA, in addition to a link to contact their state representatives to voice their opposition to the bills.

Despite the millions who stood up in protest of both bills, senior Anna “AJ” Johnson was one of many students who was not motivated to sign a petition or contact her representative in spite of her favorite sites being shut down.

“I think a lot of people just assumed someone else will do it,” Johnson said.

May said that the hardest part of the day for her was adjusting to not having Wikipedia to turn to.

“I freaked out and had to backtrack how to find information a different way,” she said, adding that it was a very effective move for Wikipedia and other sights to show what the outcome of passing SOPA and PIPA would be.

According to Jimmy Wales, founder of the Wikipedia Foundation, Inc., 162 million people saw the blackout page they posted in place of their content, and more than eight million readers looked up how to contact their state representatives.

While May struggled most with finding information in different ways, freshman Meg Pittelko was more affected by blog sites staging blackouts. Pittelko, who writes a blog with more than 2000 followers, said that the blackout caused Tumblr users to panic.

“When [Imgur and Tumblr] were blacked out for the day, it showed how SOPA is going to ruin their freedom of speech, and people freaked,” she said. “I think that students are dependent on those sites for social interaction as well as stress relief.”

Facebook founder Mark Zuckerberg  released a statement  against the acts, claiming that while he can see their benefit to the movie and music industries, he thinks a more effective and less destructive solution can be found. He wrote that “PIPA and SOPA could create very real problems for Internet companies like ours that are a primary driver of innovation, growth, and job creation in the 21st century economy.” He went on to say that the overly broad definitions in the bills could “seriously hamper the innovation, growth and investment in new companies that have been the hallmarks of the Internet.”

While other anti-piracy bills are expected to be proposed, lawmakers have expressed their caution in proceeding in the wake of the internet protests.