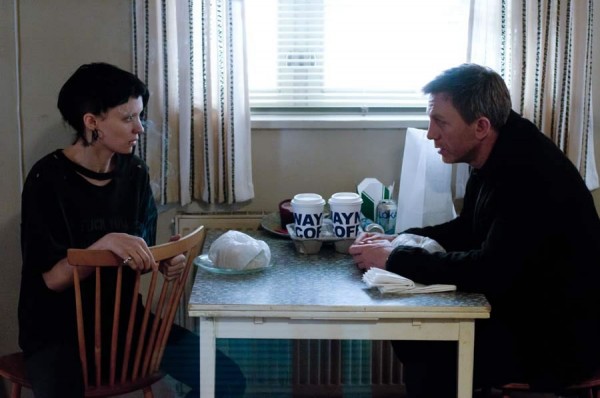 Lisbeth Salander kicks ass. That’s essentially how “The Girl with the Dragon Tattoo” trilogy by Steig Larsson can be summed up. The same holds true for the Swedish films and the newly released American version directed by David Fincher.

The film details the life of a journalist who tries to expose a corrupt millionaire, gets fired from the magazine where he works as co-editor and is then hired by an even richer man who has dirt on said millionaire that will be released if the journalist can crack a 40-year-old unsolved murder. Sounds easy enough, right?

Lovers of the previous books and films, as well as curious people everywhere, were waiting with bated breath to discover who would undertake the enormous role of Lisbeth Salander, the title character. Mixed reactions ensued when the cast was released and the role was given to Rooney Mara, who was most recently remembered as the girl who dumps Mark Zuckerburg’s character in “The Social Network.”

While relatively unknown, Mara took on this tough role with dedication, and she demanded respect while on screen. She chopped off her long brown tresses, pierced both ears four times, as well as other parts of her body, bleached her eyebrows and donned a temporary dragon tattoo.

Her hard work paid off as the reviews started pouring in, giving accolades for her intense, scary and endearing performance. Daniel Craig also received great praise as Mikael Blomkvist, the aforementioned tough journalist with a knack for digging too deep.

Mara and Craig serve as a powerful duo that seems unstoppable despite many obstacles. They have been taxed with solving an alleged murder that occurred over 40 years prior, supposedly committed by someone in the rich man’s crazy, dysfunctional family where nobody is really talking to anyone else.

Mara easily dominates the screen the entire time she’s on screen. Her character is purposely not fully profiled for the first chunk of the movie, building tension as to what she will act and look like. She exceeds expectations by taking the original character and giving her a little twist, adding more confidence and perhaps even a certain amount of swag to the introverted, 20-something, computer-hacker extraordinaire under legal guardianship for being diagnosed with mental incompetency.

It was a tough role to fill, but she does it with a beauty that’s fierce and frightening, as well as enlightening. She is simply a fascinating creature that has been taken advantage of in a variety of ways by the men in her life. Viewers may be taken aback to see a few scenes featuring her and a certain man with very strong themes of abuse in them, but it is evident that these scenes are necessary to propel Salander forward to be a vindictive but reasonably justified woman.

The cast is full of other well-known actors that bring their characters to life in an interesting, and at times shocking, portrayals. Christopher Plummer, Stellan Skarsgard and Robin Wright are a few of the cast members that shine as real, bone-chilling characters.

The most repulsive character hands-down is Nils Bjurman, portrayed by Yorick van Wageninen. Bjurman is Lisbeth Salander’s newest guardian who imposes vast restrictions on her, both physically and literally. He is a pig who makes Salander do sickening sexual favors for him before he will let her obtain access to her own money. She does get her revenge, however, in a scene that can cause even those with a stomach for the sick and twisted to flinch and perhaps even feel ill.

This film is definitely worth watching for those who are loyal fans or for those who have never seen or heard of the series before. It has action, a bit of romance, some horrific and thrilling scenes, a European location, some brief nudity (it does have an R rating, after all) and more. Just be sure to stay alert for the three scenes in particular that are quite difficult to stomach.