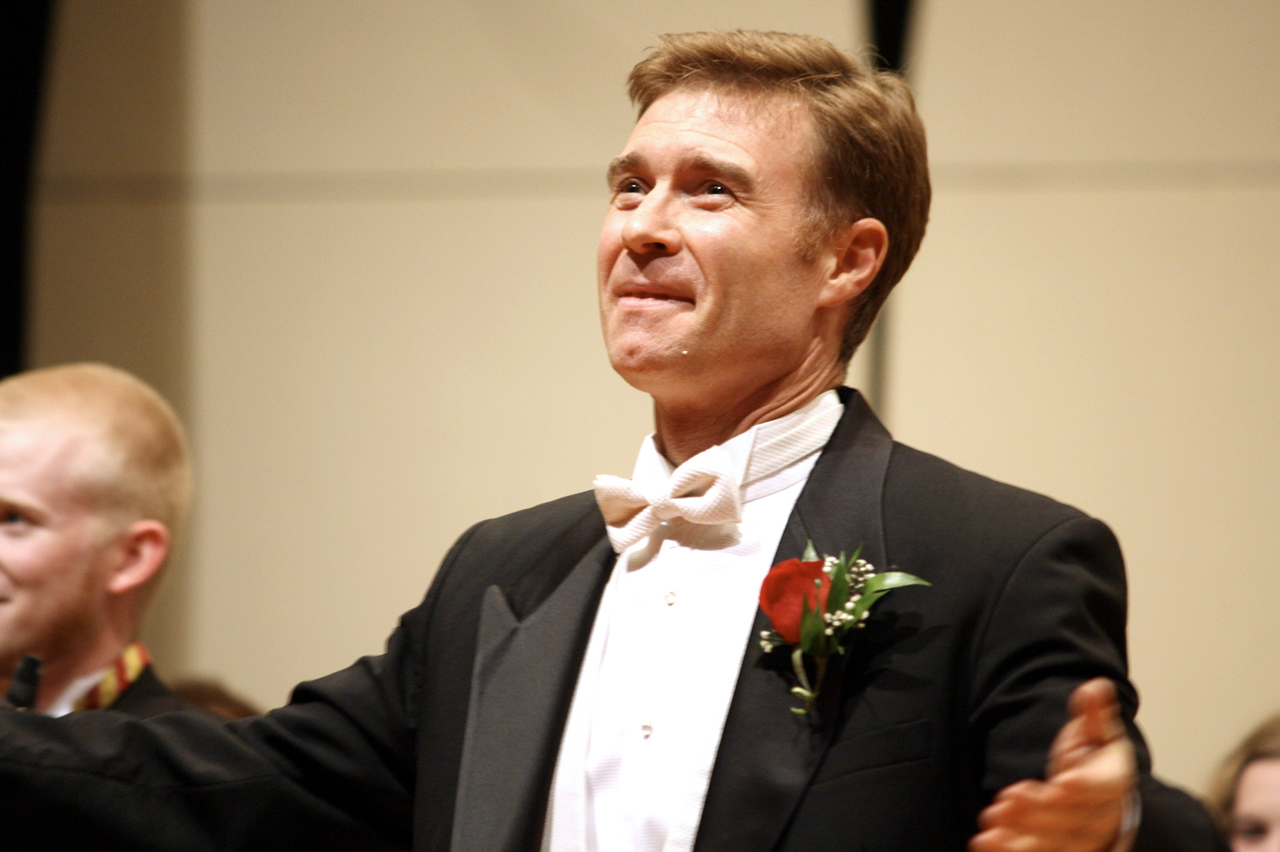 Professor Scott Jones announced his resignation on Jan. 18, ending seven years of teaching, conducting and leading hundreds of Concordia students. His resignation adds to the significant transition within the music department alongside the retirements of June Rauschabel, Peter Nygaard and Michael Smith.

“This is absolutely normal in any department,” said Robert Chabora, who is the chair of the music department. “Sometimes they just come in bunches.”

Jones resignation differs from the retirements of fellow faculty members as his announcement came as a shock to many.

“In the case of Michael Smith and June Rauschabel, it was expected,” said Chabora. “We had talked about retirement for a number of years. Dr. Jones did catch us by surprise.”

Senior Stefan Olson has been involved in the music department since he was a freshman and was present when Jones made the announcement to the Concordia College Band.

“I was sad and a little disappointed, but I also realized that he’s been given a great opportunity,” Olson said. “Because he’s a part of the community and a friend, everyone is happy for him.”

With such a high turnover rate in faculty this year, the music department will be faced with some difficult decisions for the upcoming academic year when filling the positions that are now open. There have already been responses to Smith’s job position and with the recent posting of Jones’ position, expectations for applicants are high.

Professor Nathaniel Dickey was close with Jones both professionally and personally and will be on the panel of seven to eight professors who will ultimately decide on who will take over Jones’ position.

“Two emotions come to mind in this situation,” Dickey said. “One is a sense of loss, you know, because something great is ending. But on the other hand, when there’s a transition like this there’s also an opportunity. Transition is inevitable, which leads to a constant sense of renewal. I can’t wait to see the applications and the opportunities we have.”

Although Jones’ announcement happened the week preceding the music scholarship event, Chabora said that it never became a topic of conversation.

“It’s too early to tell if this is going to affect us, but what we do here is bigger than just one person,” Chabora said. “No single student, not a prospective student or a Concordia student has approached me since the announcement with any concerns.”

Jones will be leaving Concordia and returning to his alma mater, Ohio State University, to continue teaching and conducting. When the position at Ohio State opened up, he saw several benefits that influenced his final decision.

“In a professional sense I’m excited to get back to the place that helped me get my feet under me,” said Jones. “Personally it’s a chance for me to be closer to my immediate family and to friends that I went to Ohio State with, 16 years later.”

After he made his announcement, Jones was encouraged by the responses he received.

“Everybody has been so kind and gracious and so supportive” Jones said. “It’s the same way they’ve been for the past seven years, which is what makes Concordia Concordia.”

The bittersweet goodbyes also usher in a new chapter of excitement and anticipation.

“With every loss there is an opportunity,” Chabora said. “We’ll miss every one of these faculty members, but we will not miss a chance at the rich pool of talent that is out there.”