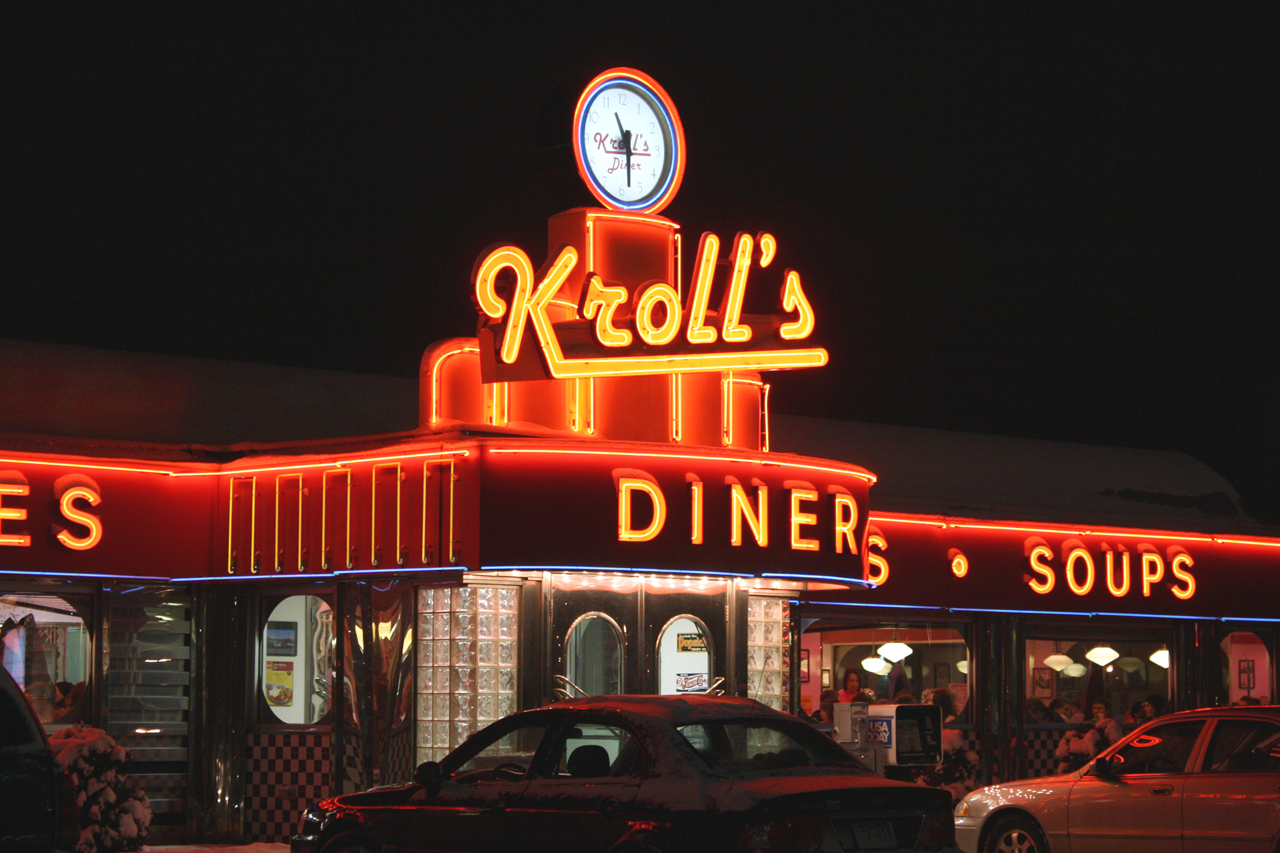 Kroll’s Diner of Fargo, popular with college students because of “Shakey Mondays,” their two-for-one milkshake deal on Monday nights, has recently chosen two new “Kroll’s Ladies” for their advertising campaign. The Kroll’s Ladies have been the face of Kroll’s Diner for over 10 years, appearing in television commercials and on the restaurant’s menus and their website.

The selection process looking for the new Kroll’s Ladies took place this fall. Applicants were encouraged to apply, with requirements including a stereotypical German-woman appearance and a good sense of humor. After narrowing the field from 100 to 10 applicants, short clips of audition material were uploaded on the restaurant’s website, allowing fans to vote for their new favorite Kroll’s lady.

The winners, announced mid-January, are Carol Helgeson of Breckenridge, Minn. and Eileen Veitch of Fargo. Their first commercial will be filmed alongside current Kroll’s Lady Clara Hedin.

In a public statement released by Kroll’s, Dave Hanson, president of H2M, Kroll’s Diner’s advertising company, said, “We just felt that these ladies were a natural fit for the brand. They, like Clara, have that natural comedic talent that set them apart from the competition. And the public loved them– that much was evident through the public votes.”

Helgeson is a retired elementary school teacher who also taught German classes and was an assistant high school speech coach for 20 years. Veitch has worked in the restaurant industry since she was 13 years old. She has five children, 11 grandchildren and 23 great-grandchildren, and she enjoys baking.

Sophomore Regan Whitney had Helgeson as a speech coach in high school. Whitney is pleased to see her old speech coach as a new Kroll’s Lady.

Whitney agrees with their choice to go with Helgeson as one of the new Kroll’s ladies, as she fits the role well.

“When you see her, she looks like she is a really tough person, strict, but after you get to know her she jokes around and is a really kind person that knows what she wants and likes to have fun,” she said. “This position is right up her alley.”

Rick Jaeger, who has been the manager of the Fargo location for 11 years, witnessed some of the commercial filming done outside the restaurant.

“The TV ads are funny,” he said. “The ladies throw gang symbols inside the Kroll’s car. The customers really find the filming and the commercials an eye-catching experience.”