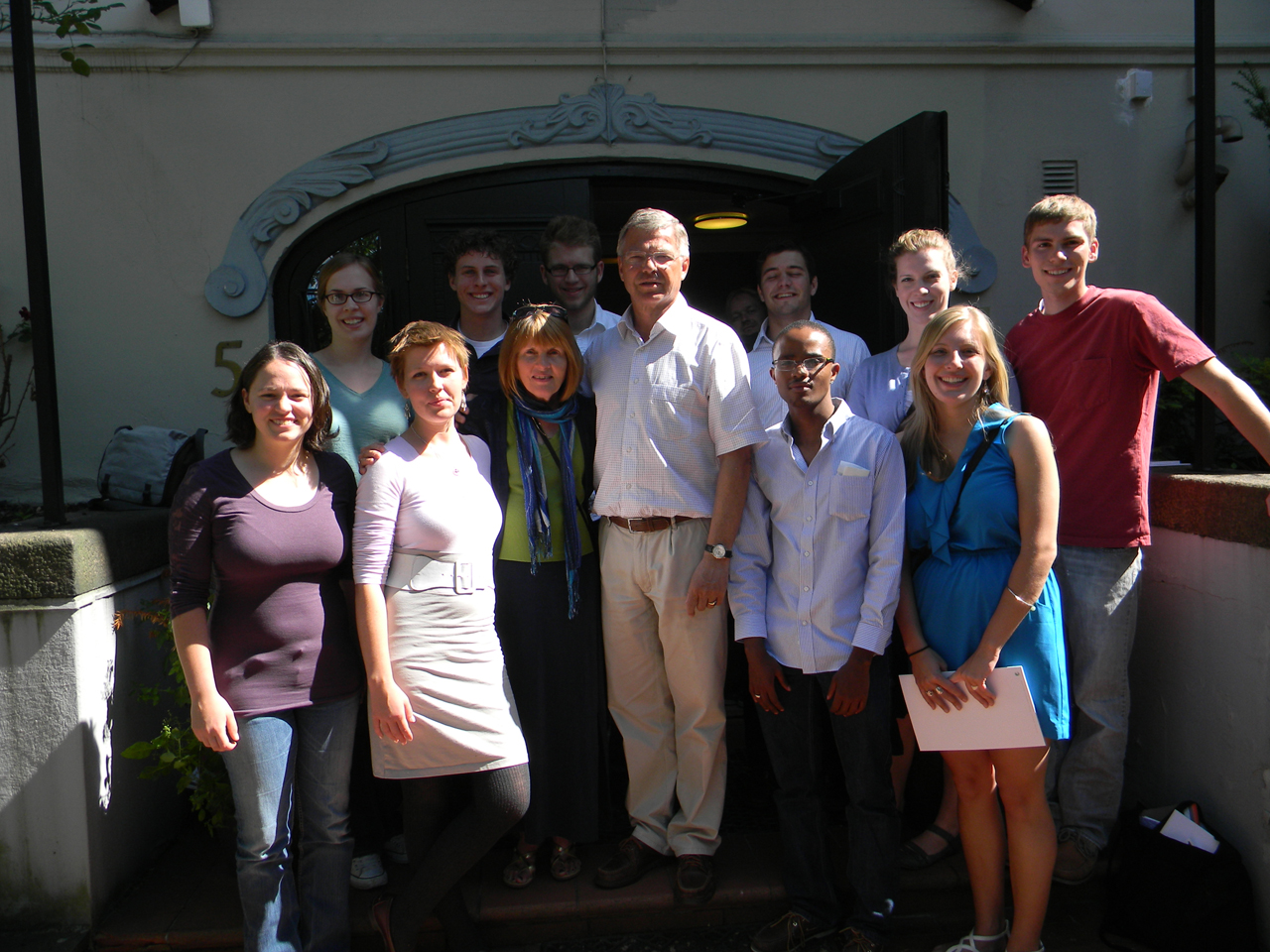 The Norwegians are breaking tradition.

For 23 years, Concordia College has been one of only five colleges in the United States connected to the Noble Peace Prize Forum out of Oslo, Norway.  Along with St. Olaf, Augustana, Augsburg and Luther, Concordia has rotated as host of the Forum, and students have been transported to and housed at the host school for free. However, this year things are changing, and several factors may keep some Cobbers from benefitting from the Forum.

Starting this year, the Forum will be permanently hosted at Augsburg College in Minneapolis, according to Milda Halvorson, assistant professor of Scandinavian studies and member of the Peace Prize Forum committee at Concordia. The change was made in order to offer easier access for the public as well as better serve a national audience.

Concordia’s Cultural Events office is offering 25 scholarships that will cover Friday night’s discussion and concert by local performer Dessa, all of Saturday’s events, as well as the boxed lunch for Sunday. Also, Augsburg is offering housing with student hosts on their campus on Friday night.

While Concordia is covering a cost of about $48 dollars per person, students would still need to pay for the events during the day on Friday and Sunday if they wanted to attend for the duration of the Forum. As of right now, they would also have to provide their own transportation to get to the Forum. Moreover, if more than 25 students are interested in going, they will have to pay for the entirety of the Forum by themselves.

In addition, this year’s Peace Prize Forum is being held March 1 to March 3, which is over Concordia’s spring break.

These factors have senior Nathaniel Cook, who received one of two Nobel Peace Prize Scholarships from Concordia to spend seven weeks in Oslo last summer, worried that fewer students will be encouraged to attend the Forum this year.

“In the past, Concordia has typically had the largest representation of students go,” Cook said. He hopes that the rare experiences the Peace Prize Forum has to offer outweigh the obstacles.

“How often do you get to hear a Nobel Peace Prize winner speak?” Cook said. “It is an awesome experience.”

Cook is looking for ways to alleviate these potential problems so that more students are able to go. As of right now he has sent a proposition to the Student Government Alliance’s SPIF fund, which would sponsor more scholarships and provide transportation from Concordia to the forum.

“I’ve gone to [the Forum] every year, and I’m a senior now,” Cook said. “Freshman year my bio class offered us extra credit if we went. I got there and was like, ‘Holy crap, this is the coolest thing ever.’ It is always one of the highlights of my year.”

He added that his first experience at the Peace Prize Forum was “a life changing experience.” He credits the Forum with inspiring him to add an environmental studies major to his biology major.

Cook believes all students can gain something from the Forum, even if they haven’t had any previous experience with peace studies.

“I’m a biology major going into dentistry, and I still thought it was valuable. Peace can be brought into any area of study,” Cook said.

Blake MacKenzie, a senior who is double majoring in biology and English writing, recalls seeing Eboo Patel speak at the Nobel Peace Prize Forum last year as the best experience he’s ever had at the Forum.

“He’s a personal hero of mine,” MacKenzie said.

However what really makes MacKenzie passionate about the forum is the conversations that are sparked between students. One instance from the Forum his freshman year really sticks out to him.

“I was standing outside on a chilly March night with a few other Cobbers of all different grade levels, and we talked for probably an hour. And it was like the richest discussion I’ve ever had in a classroom that left me energized, but it wasn’t in a classroom–it was just a few college kids standing outside in the cold,” he said. “I think that experience showed me how stimulating intellectual conversations can be, and I’ve always craved and sought out those conversations ever since.”

According to Halvorson, the top reasons why Cobbers should attend the forum include, “to learn about the multiple aspects of peace, be inspired in making the world a peaceful place, starting with their local community, and to have a life changing experience.”

“Besides the symposiums, the Forum has been the highlight of my years at Concordia,” Halvorson said. “The Nobel Peace Forum shows the strong ties between Concordia and Norway. As a teacher of Norwegian and Scandinavian studies, I think the Nobel Peace Forum shows that Norway is an important global player in the peacemaking efforts in the world today, and this is because of the nature of Norwegian mentality, culture and history. ”

This year’s theme is “The Cost of Peace.”  Featured will be Nobel Laureate F. W. de Klerk, former president of South Africa who won the Nobel Peace Prize with Nelson Mandela in 1993 for ending the apartheid era in South Africa.

As someone who’s gone three years in a row, MacKenzie says it will be worth the extra cost.

“You’ll be surrounded by people who are doing fabulous things in the world,” he said, “and you won’t be able to stop yourself from doing something amazing when you get back to campus.”