Carl B. and the secret book closet 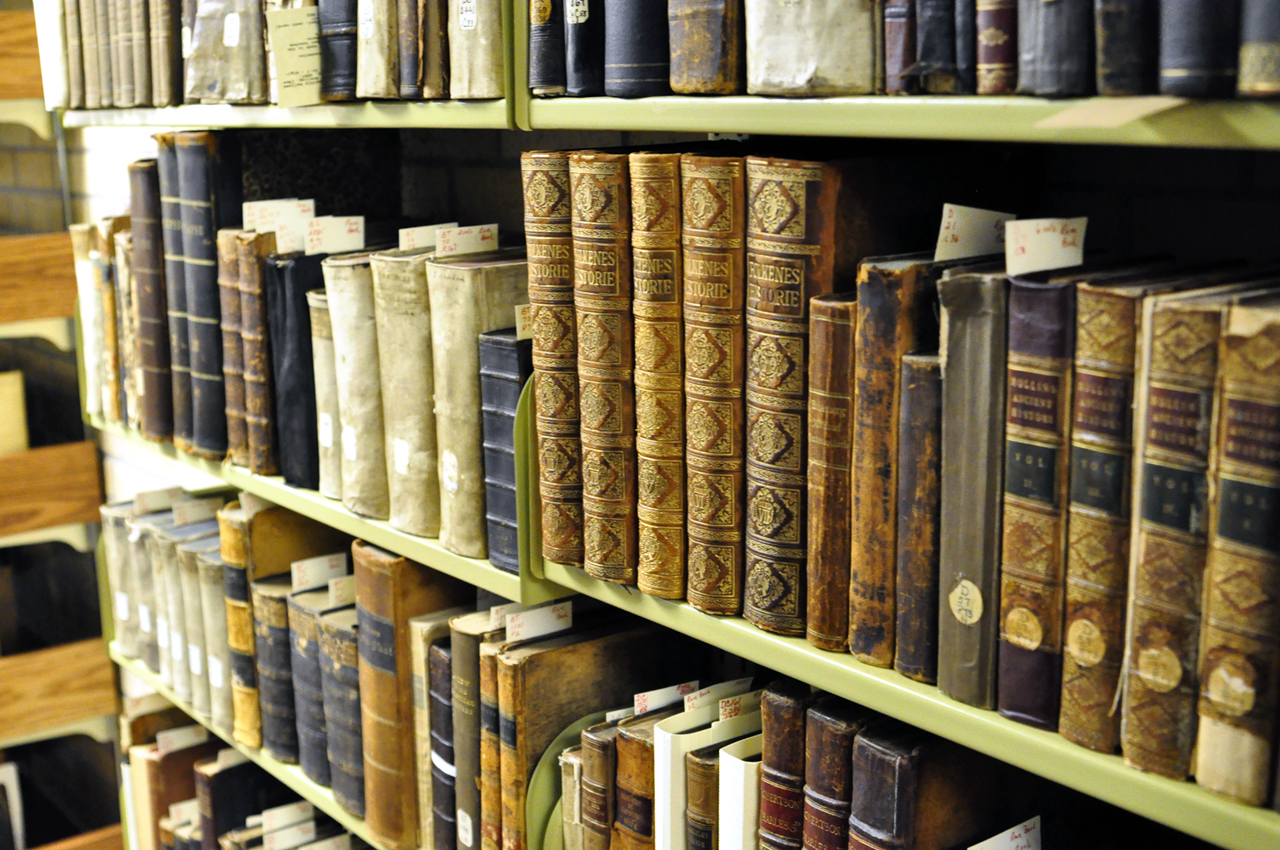 I felt very much like Jamie Hyneman and Adam Savage of “Myth Busters” last week as I tracked down the truth to one of Concordia’s greatest myths: the secret closet of books in the library.

For those of you who haven’t heard of this particular myth, the secret closet of books is supposed to exist in the basement of the Carl B. Ylvisaker Library, and, as legend has it, it houses rare and banned books which are not regularly circulated.

To discover the truth, I started where all English majors would if they had a question: professor David Sprunger.

“Shortly after I came to Concordia in the early ‘90s I was doing research,” he said. “The library had one of the few books on the medieval chastity belt. I checked on the computer catalogue, and it said they had it, but when I went to look for it, I couldn’t find it.”

Sprunger asked a librarian about it, and she had to go retrieve the book for him. He suspected where she went was a secret closet of rare and censored books.

However, upon reading the book, it didn’t seem worthy of being locked up at all.

“It was rather dull,” Sprunger said.

So I trekked to the library in search of the same medieval chastity belt book that had inspired Sprunger’s search years ago. I met with Sharon Hoverson, the library director, to see what she had to say about the myth.

She reacted with surprise and amusement as I told her the rumors going around campus that a secret closet of books was hidden somewhere in the library. To aid in my search, she looked up books on medieval chastity belts and came up with no possible results that fit Sprunger’s description.

She concluded that the book had probably been walked off with, proving the need for a secret room if there ever was one. However, the myth was still unsolved.

Hoverson informed me that the myth was probably based on a rare books collection in the Concordia College Archives. So up the four flights I went to visit Lisa Sjoberg, the college archivist.

Sjoberg took me back into the archives and unlocked a door that led into darkness. She flipped on the fluorescent lights to expose a large room filled with a dozen long, silver, rolling bookshelves that extended from the floor almost to the ceiling. She led me past all of the shelves to the back of the room, and turned a crank that rolled the final silver bookshelf away from the back wall.

Her final turn of the crank revealed a long wooden bookcase that took up the entire wall, filled with the torn and tattered brown covers of old books of various sizes— a stark contrast to the orderliness of the previous silver shelves.

As I walked along the bookcase, I saw books such as “Memoirs of Wordsworth,” “Little Sketches of Big People” and a Bible that was as big as a piece of carry-on rolling luggage. The rare books room houses 576 books, she said, including “The Augsburg Confession,” the oldest book in the library, which was written in 1561.

Sjoberg explained how the rare books room might have been mistaken for a secret closet of books.

“Technically, the rare books are housed in an inconspicuous storage area. This storage area is temperature and humidity controlled, which is essential to preserving historical materials,” Sjoberg said. “While anyone can access the rare books, a staff member in the archives must retrieve them from the storage room.”

The books were old, they were rare, they were expensive and they were locked up. Although the rare books collection in the archives is not a secret, I think it fits enough of the criteria to consider this myth busted.

To see and decide for yourself, visit Sjoberg and check out the archives. Who knows what you’ll find. Sjoberg added that the archives is home not only to rare books but also to an American flag that flew on a ship in the Perry Expedition to Japan in 1954 and a set of teeth previously belonging to Roald Amundsen, a famous Norwegian explorer who disappeared on a rescue mission in 1928.

Sjoberg added, “We’d love for people to come and visit.”