More than just a professor 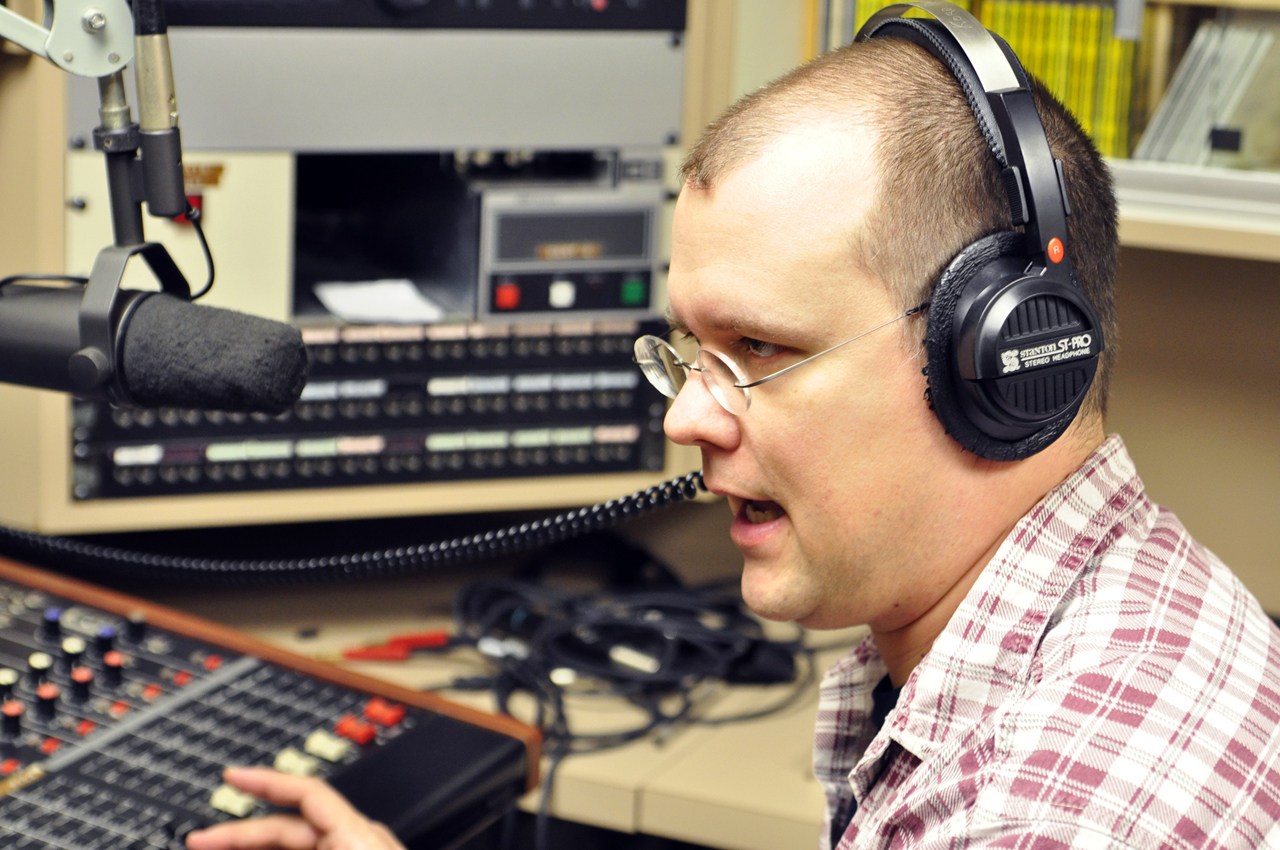 Greg Carlson could be deemed a patriot of the Fargo-Moorhead area. Carlson, director of media activities and assistant professor of the communications studies and theatre arts department, was born in Fargo and grew up in Moorhead. His educational history includes high school at Moorhead High, undergraduate studies at Minnesota State University- Moorhead and doctoral degree at North Dakota State University.

It is, therefore, not surprising that he would title a movie about his life “Flat Land, Big Sky,” because he loves the flat land of North Dakota.

His teaching career has also kept him in the Fargo-Moorhead community. He taught for four years at MSUM before joining Concordia’s faculty in 2001.

Carlson credits his parents, who were school teachers, for his decision to become an educator.

What keeps him going as an educator, however, are his students.

Carlson’s teaching is not done the conventional way. Junior Berney Leon, a communications major who has taken “Media Production I: Video, Analyzing Film & New Media” with Carlson attested to this.

“His teaching style is very different,” she said. “For example, he would use Facebook as a means of communication and networking rather than Moodle. We’ve submitted our discussions on Facebook. It’s a great platform to know other students, to socialize, and also, it’s very informal, which works for me.”

For Carlson, his biggest anxiety is feeling like he is overscheduled. He equates this problem with wanting the best from his students and wanting to be able to communicate with them more effectively.

Communication does not appear to be a problem though, according to his students. Carlson appears to be an effective communicator, which can be seen through his lectures.

“Greg’s classes are set up to be open, inviting and accepting learning environments in which he facilitates thoughtful discussion and also lecture,” senior Christopher Damlo said.

Similarly, Leon describes him as a “great communicator, and someone you can always reach out to discuss anything and everything.”

When he is not busy as a professor, Carlson indulges in his guilty pleasure: movies. He is a self-confessed cinephile who manages to see a feature film once a day. He admits to have already watched 70 movies so far this year, his conquests kept in a computer file.

Even though he endorses “Casablanca” as his favorite movie as a true movie junkie, Carlson does not discriminate. He likes all movie genres and believes that “one can learn a lot, even more, from a bad movie.”

His passion for the culture of cinema has led him to be the associate film editor for the High Plains Reader, covering film related activities such as film reviews and critiques.

Additionally, he has a blog, Southpaw Filmworks, http://www.spfw.net, with many film reviews and interviews with members of the film industry.

His blog contains an interview with artist Allison Schulnik, whose latest piece, “Mound,” is receiving a lot of praise for the 2012 Fargo Film Festival. Carlson is familiar with this, as he is currently on the Animation and Experimental Jury of the festival.

His life, however, does not only revolve around film. Posted on his office door are various pictures of his wife, their four-year-old son and their two-year-old daughter. He chooses them as the thing he is most grateful for and proud of in his life.

“Other than watching a movie, I cannot see myself doing anything else than being with my family,” he said.

Like most fathers, his day begins with his family: helping his children brush their teeth, eating breakfast together and dropping kids off at daycare. His days also end with them: making sure they brush their teeth and preparing them for bed.

His wife, who he describes as an “amazing wife and mother,” is not just a social worker but also a well-travelled woman. According to Carlson, she has been to every continent except Australia and Antarctica. It is their hope to continue travelling with their kids when they get older.

In the near future, Carlson sees himself still with the attributes of an educator, artist and family man that he possesses.

“In ten years, I see myself here at Concordia but as a father of teenage children,” he said. “I hope to be a better artist and teacher.”