Q&A with the new president and VP 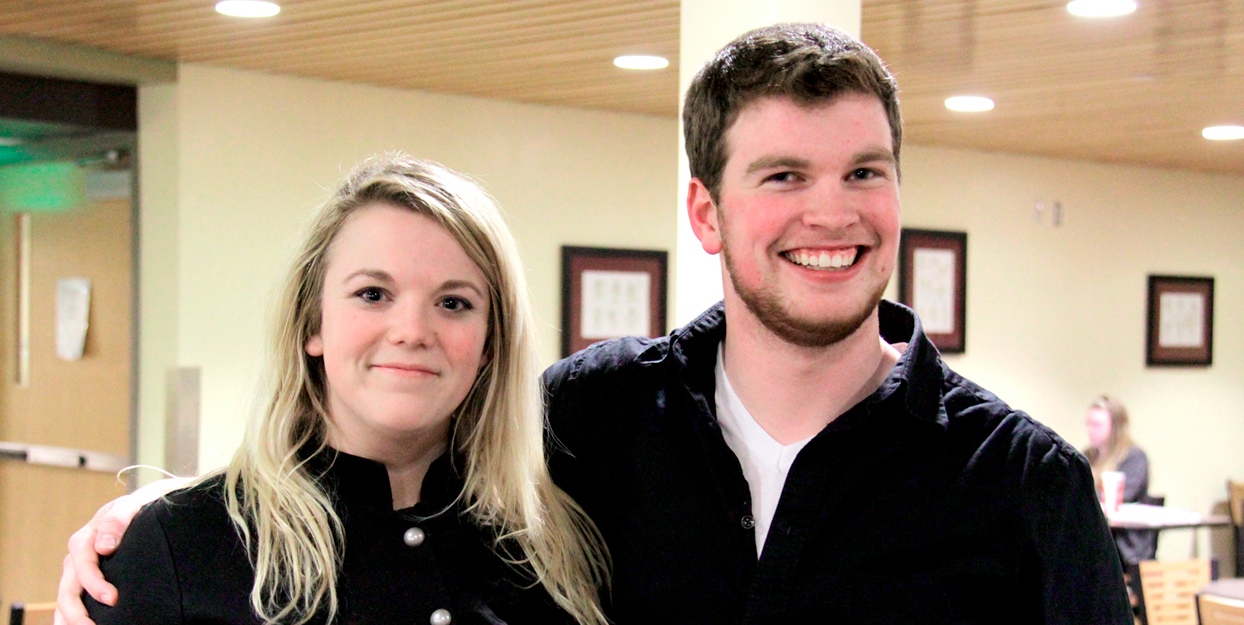 How does it feel to be elected President and Vice-President?

Meg: Humbling, to say the least. I think that it’s been a crazy week but we are so blessed for this opportunity. We’re so happy to have engaged the student body like this, to have such a high turn-out and so many people being involved. We’re excited, and we’re really just pumped to move forward with our ideas and our vision for this campus.

Colin: We’re ecstatic. We definitely invested so much in our platform ideas and everything that it was just like, this is a really nice justification of the fact that we can continue doing the things that we we’re excited about all week.

What kinds of thoughts are running through your heads right now?

Meg: Overall excitement, but also just a lot of nervousness. Already the wheels are kind of turning for how exactly to keep students this engaged.

Colin: The joy of having four amazing candidates this year was the fact that it did bring a lot of students into the election process, and we think that that can carry over to SGA to make sure that we’re involving students all year round instead of just at the election process.

Do you have any plans for changing SGA?

Meg: I think there needs to be a lot more communication within SGA and then also with SGA to students. Specifically within SGA, I think we’ve struggled. Sometimes you have people communicating, but there’s no centralized position for communication. And again, this is in the process of being re-structured this year, but I think it’s really important that everything’s going to one place so that nothing gets lost in that translation and so that SGA becomes a strong team rather than just a group of people who meets every now and then for a forum meeting and to know what projects other people are working on.

What are you most excited to do next year?

Colin: We’re really excited just to get started on unifying campus. A lot of people expressed a polarization between different groups or different cliques, and we think that with recognizing student success we’re going to be able to unify campus in a way that it hasn’t been unified before. We’re really excited to start on that process.

What are you most anxious about?

Colin: Well, with so many wonderful candidates, it really forced us to prepare the planks of our platform to make sure that we had solid plans for everything. It’s almost like we’re already at that level of having the blueprints it’s just a matter of implementing them now. It’s more of a nervousness to get started.

How are you going to celebrate?

Colin: Ice cream’s going to be a requirement.

2012-02-24
Previous Post: We are all responsible for peace
Next Post: Carl B. and the secret book closet