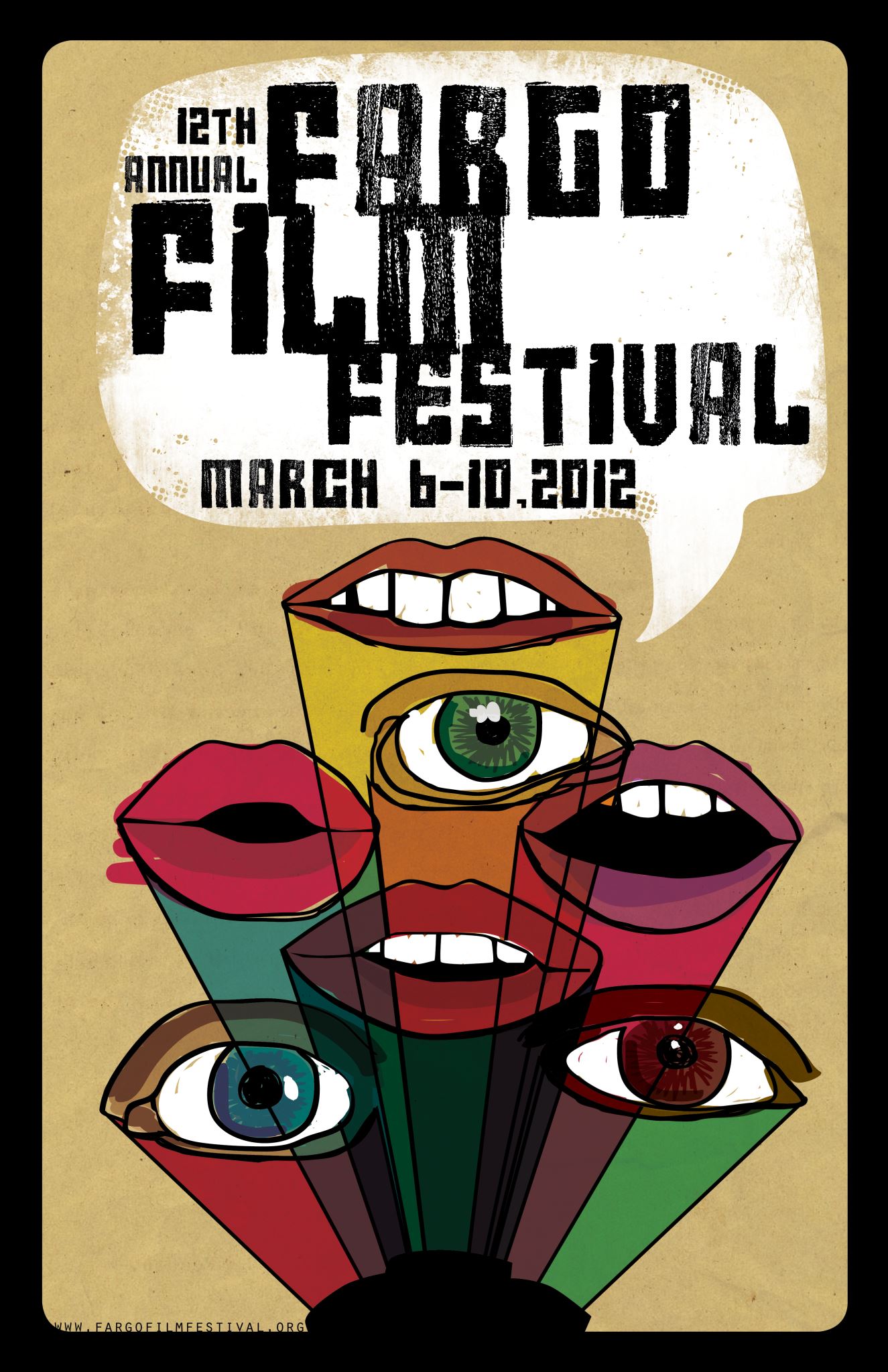 The Fargo Film Festival is celebrating its twelve anniversary this week, and it is shaping up to be the most star-studded year yet. The festival, which runs Tuesday through Saturday, takes place at the Fargo Theater and it features a wide variety of films, speakers, parties and opportunities to mingle with filmmakers, actors, writers, directors, artists and more.

Emily Beck, executive director of the Fargo Theater, said preparing for the next year’s festival begins almost right after the previous year’s festival ends. They reach out to filmmakers and other prominent members of the film industry and give them invitations to visit and show their work.

“We have more special guests than ever this year, and we’re glad it’s working out,” she said. “It’s a blast. There’s so much variety. There really is something for everyone this year.”

Over 100 films will be shown this year, topping last year’s total of 86.

Rich Sommer, who is most well-known for his role as Harry Crane on AMC’s show Mad Men, graduated from Concordia in 2000 and is one of the special guests at this year’s festival. While in college, he was in Livedalen for his first two years and then he moved to a house across from Hvidsten Hall of Music. He was involved with the Concordia Choir and the theatre program, and he attended one meeting of a juggling club on campus, but that didn’t pan out as his future career. He and his friends would also watch reruns of The Simpsons in the basement of Hoyum every night. He looks forward to coming back to the area.

Sommer said the people are what set the Fargo-Moorhead area apart from busy and hectic New York.

“The people are generally pretty genuine in Fargo-Moorhead,” he said. “They are genuinely nice. New York has a wrap for people being honest with you or a little rude. Those are huge generalizations, obviously, but there are some truths.”

Looking back, Sommer said he never thought he’d be a part of something like Mad Men, which has become a cultural phenomenon due to its focus on the sex-, drink- and smoke-crazed life of advertising executives on Madison Avenue in the 1960s. Season five of the show premieres March 25.

“I’m sort of already mourning the end, which is still a few years away,” he said. “This is a one in a lifetime experience.”

He said as far as getting into character, the costumes do most of the work. The show is written to each of the character’s voices and cadences, which also helps. The drinking on set is fake, and while the cigarettes they smoke multiple times on each episode aren’t full of nicotine, they are real herbal cigarettes.

“It’s not the best part of the job,” he admitted.

Sommer and comedian Matt Walsh will be headlining an event Saturday night entitled Celebrity, “an interactive improve game where ‘knowing the fame wins the game,’” according to the festival’s website. While they have hosted an event like this in Los Angeles, they have never practiced it with the same people that will be here and they haven’t really practiced at all in about six or seven months, according to Sommer.

“I promise it’ll be funny, even if it falls apart,” he said. “At least for me and Matt Walsh.”

Greg Carlson, professor in the communication studies and theatre arts program, has been a longtime volunteer with many components of the festival since its inception. He started and still produces the 2-Minute Movie Contest, and this year he is producing the Bunny Lebowski Pro-Am Invitational, a time filled with bowling, White Russians and Big Lebowski trivia.

He is a self-proclaimed cinefile who goes to the Fargo Theater about once a week and has since he was a kid.

“In an era where we individually ‘curate’ our own daily viewing YouTube and other on-demand resources, I never lose sight of the fact that an event like the Fargo Film Festival is organized and programmed by people who love cinema and appreciate seeing it on the big screen with an enthusiastic audience,” Carlson said in an email interview.

He added that in many cases, people will have no other opportunities to see the films being shown at the festival, not even online. Due to this fact, he has made a strong effort for the past several years to bring visiting filmmakers to speak in his classes on campus. Last year Guy Maddin, an artist who is very well-respected and beloved by serious academics and cinephiles across the globe, was one of the more memorable visiting speakers.

Four people involved with a documentary entitled “The Power of Two” attended Carlson’s New Media class on Thursday. The film was shown twice at the Fargo Theater on Wednesday. The documentary details the story of twins Ana Stenzel and Isa Stenzel Byrnes who were diagnosed with cystic fibrosis, a fatal genetic disease that impacts the lungs and pancreas, when they were three days old and later underwent double lung transplants. Academy Award nominated producer, director and executive producer Marc Smolowitz, who directed the film, and Isa’s husband Andrew, who was the producer, will visit along with the twins.

The girls wrote a memoir about their journey that was published in 2007, and it was Smolowitz’s idea to do a documentary inspired by their story.

“I fell in love with Ana and Isa both as writers and as characters, and I knew I had a powerful opportunity on my hands to bring their personal story to screen in a way that audiences could connect with their inspiring message,” Smolowitz said in an email interview. “It has been a highlight of my life and work to bring this story to screen.”

“It’s a story about two women who are both ordinary and extra-ordinary,” he added. “These are women who resonate with great power on screen, yet they could also be our sisters, our co-workers, the friends we grew up with in elementary school, etc.”

The twins were projected to not make it past 10 years old, and now they recently turned 40. They are now thriving in their health and touring the nation to promote the documentary and the gift of organ transplants. Stenzel Byrnes hopes their story will inspire people to think about organ donation and the gift of life after death.

“Nobody likes to think about death, but I think in making decisions about death you make decisions about life,” she said. “The bottom line is this: it doesn’t matter where you’re from because the message is applicable to every human.”

Stenzel hopes people who see the documentary put a face to the disease they have so far been fortunate enough to battle successfully.

“I hope they see a glimpse of the lives of people with CF,” she said. “Our story is possible because of luck, healthcare, support and family. Not every family is that. We’re very privileged.”

Byrnes went to Moorhead High School and graduated with Carlson, and he’s looking forward to coming back.

“It’ll be great to be home and show my former classmates and friends what I’ve been doing for the past 22 years,” he said. “I hope people will see there’s a miracle in every breath and they’ll want to give the gift of life.”

Senior Mike Eikmeier attended the festival for the first time last year and saw “Lutefisk Wars,” which he calls one of the funniest movies he has ever seen. This year he is looking forward to “Jay and Silent Bob Get Old” on Tuesday night and “An Evening with Don Hertzfeld” on Thursday night the latter of whom attended Carlson’s Global Cinema class earlier that day.

“As far as drawbacks to this festival, there is so much every single day that it’s really hard to know what to attend and what to skip,” Eikmeier said. “I almost wish it was less days and higher quality, but this isn’t a small festival by any means. It just seems like it would be small because it is Fargo.”

Other filmmakers, actors and writers attending this year’s festival include James Spione (Incident in Baghdad), Joe Lo Truglio (Superbad, Role Models), Fred Stoller (Everybody Loves Raymond), Sarah Hagan  (Freaks and Geeks, Buffy the Vampire Slayer), and many others. The festival runs through Saturday evening. For a complete listing of festival events and ticket prices, visit fargofilmfestival.org.