Day of Percussion to be most unique yet 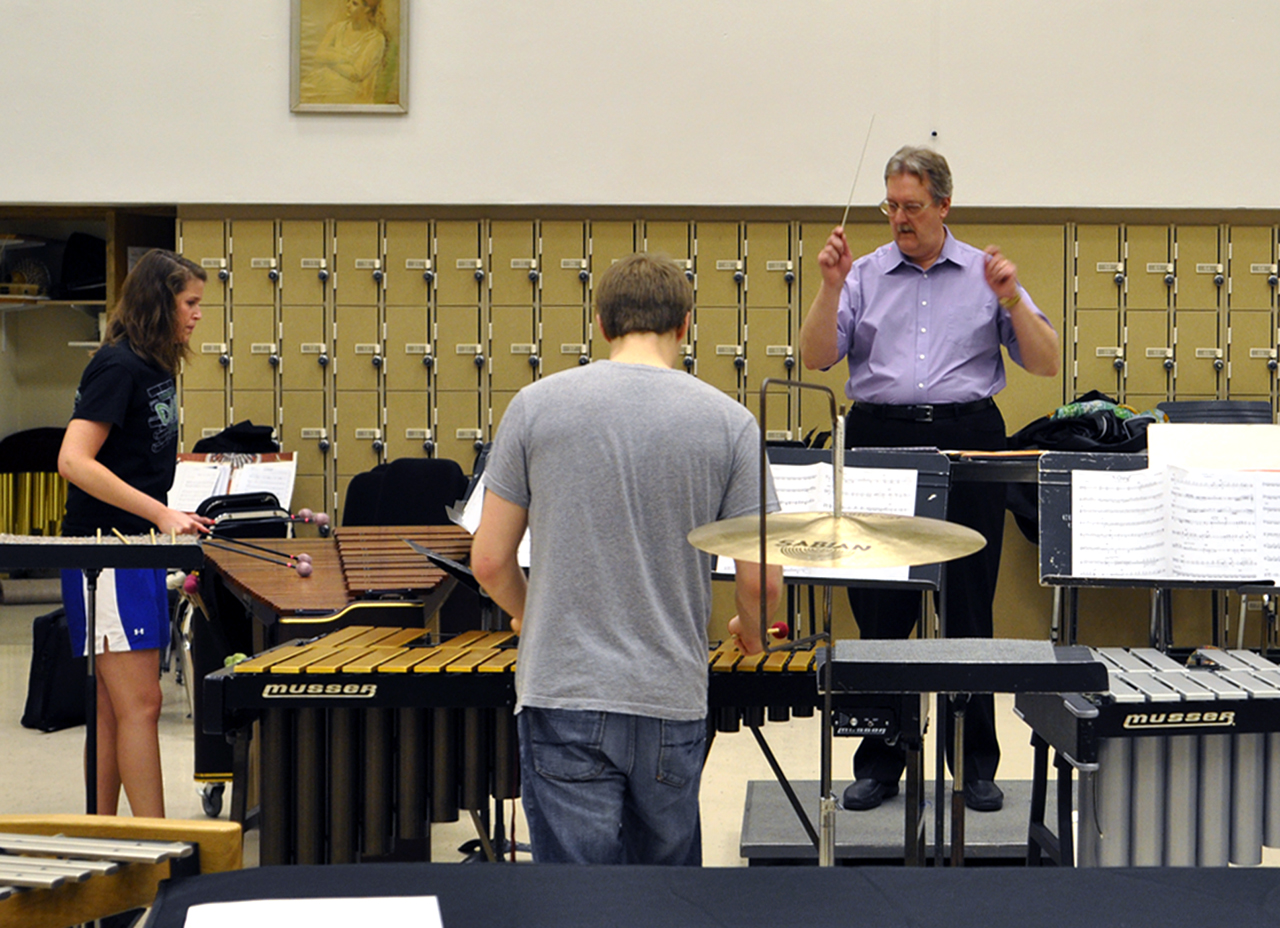 The first beats of this year’s annual Day of Percussion may not have sounded yet, which takes place Mar. 31, but David Eyler already believes it will be an event to remember.

In its 22nd stint, the annual Day of Percussion promises to be very unique this year. Hosted by the music department and music organizations, it is going to be an all-day affair starting at 8 a.m. with registration and ending at 5:30 p.m. with door prizes.

Eyler, director of percussion studies and the Concordia Percussion Ensemble and Marimba Choir, has been organizing this event since his second year here at Concordia. He confirmed that this year’s event is not like the others.

“Apart from the drum set clinic,” he said, “everything else is different. The guests are different and the focus is different.”

The Day of Percussion has been known to bring top-class performers to perform on campus. Eight years ago, Nexus, a percussion ensemble from Toronto, Canada, performed, and six years ago, a group of six percussionists from Sweden called Kroumata performed. Eyler asserts that these “performers are some of the best in the world.”

This year is no different. Despite college funding cuts, the support from companies like Yamaha and Eckroth Music, to name a few, have allowed the music department to bring big names. Performing this year are Pius Cheung, David Stanoch, The Omaha Percussion Ensemble and Matthew Coley.

Cheung, a marimba soloist and native from Hong Kong, is one of the best in his field.

“Ninety-five percent of people will put him in the top five of world marimba players,” Eyler said.

The New York Times has likewise praised Cheung’s musical album of Bach’s Goldberg Variations in one of its feature stories.

In his biography, David Stanoch, a drum set artist and educator, is described as not only versatile but also a drummer with over thirty years of experience of “performing worldwide with jazz greats, Pop, Rock, R&B artists, Broadway, television and motion picture stars.”

Matthew Coley is also described in his biography as a performer who can undertake any percussion instrument. He has many accolades to his name, including finishing third place in the Minnesota Orchestra Young Artist Competition in 2005, and he was the first American to place in the top three at the fifth World Marimba Competition in Stuttgart in 2008.

The Omaha Percussion Ensemble is an Omaha-based ensemble that was formed three years ago. It is made up of teachers and students in the Omaha, Neb., area, two of whom are graduates of Concordia College.

Apart from performing, these four are also taking part in the various clinics, where participants can learn skills and techniques from the guest performers during the day. Stanoch will be overseeing the drum set clinic; Cheung, the Marimba clinic; and the Omaha Percussion Ensemble will be running the hand drum clinic and the drum circle. The clinics are open to everyone, according to junior Kaylee Olsen, a member of both the Percussion Ensemble and the Marimba Choir.

“Anyone who wants to come can come, regardless of their background in music,” she said.

The grand finale of the day’s events will take place in Memorial Auditorium at 4 p.m. with a concert involving the Concordia Percussion Ensemble, Marimba Choir and Viva Marimba.

One highlight of that concert will include “Lover,” a xylophone duet by juniors Emily Hutchins and Kaylee Olsen, accompanied by the Marimba choir.

“It’s really upbeat and fast,” Olsen said about the piece.

The concert includes three regional premiers, two of which will be performed with a unique twist. The two, “Pogo Sticks” and “Drum Machine,” are both percussion arrangements that will be played by the Concordia Percussion Ensemble along with videos. The music videos will be shown in the auditorium as the students play simultaneously with headsets.

“We have never done anything like this before,” Eyler said.

This feat is going to be done by a relatively young ensemble that, according to Eyler, contains no seniors.

The Day of Percussion also brings in people from different states.

The concerts of previous years, however, have drawn more numbers than people who register for the clinics, between 700 and 1000 people, according to Eyler. This year could see the same numbers or more, especially with the event being publicized by WDAY radio where Eyler will be interviewed.

Eyler believes that this event will be a unique chance for Concordia students to see a few performers that most people in the region never do.

“You will get to see performers you will never get to see again and listen to music you might never hear again. It is a one-shot event,” he said.

Olsen takes a student’s perspective in drawing an audience.

“It is a very unique event,” she said. “It’s great because you can come and go as you please. There are also door prizes at the end.”

For people who love freebies, close to 50 companies have contributed door prizes including Yamaha Corporation and Nexus records. Participants, however, have to be present to win.

It is going to be a day that promises famous performers, good music and teaching and maybe even a free goody or two along the way.

The Day of Percussion will conclude with a concert at 4:00 p.m. in Memorial Auditorium.