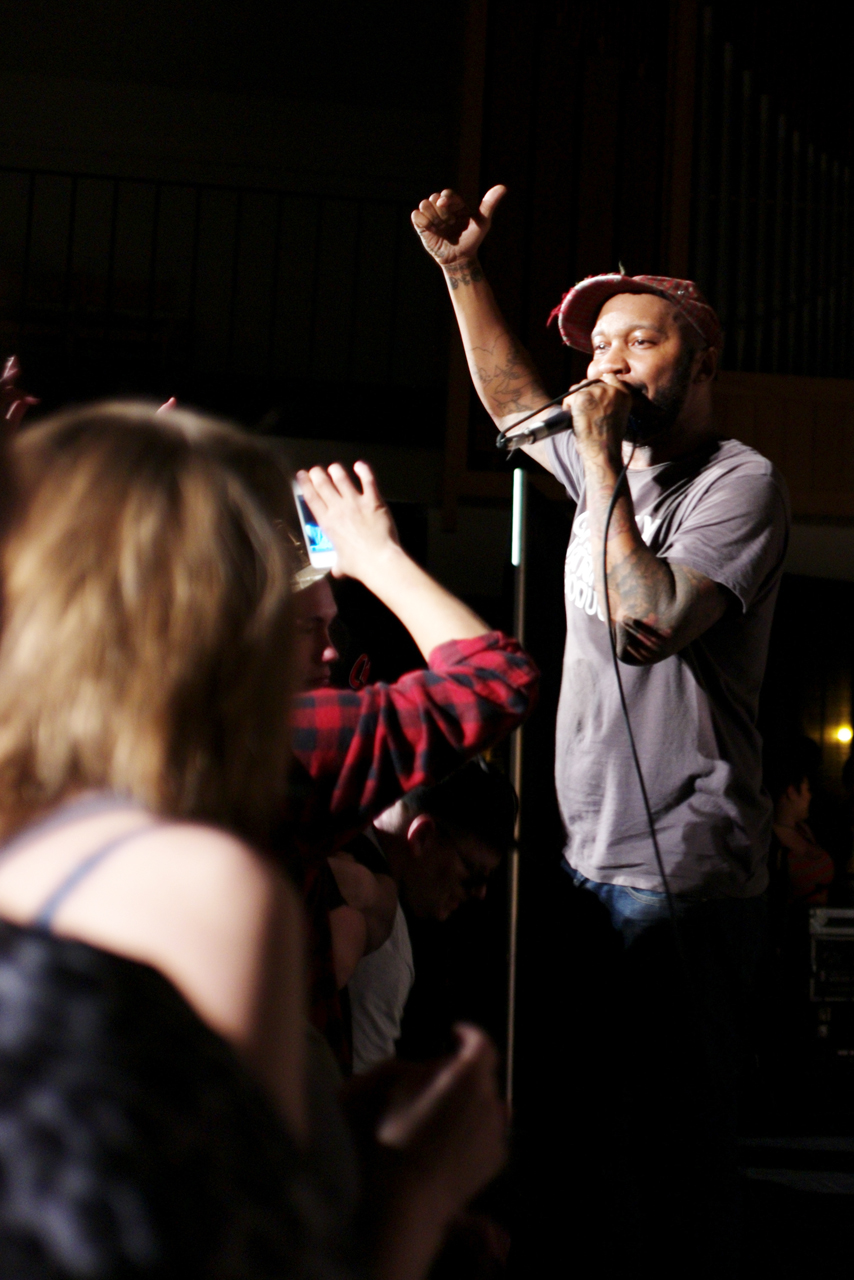 The Black Students Union, for one of its maiden events since its inauguration a year ago, took up the mantel of organizing the annual Hip Hop Summit this year.

The Hip Hop Summit was previously organized by the Hip Hop Congress, a national committee that has a chapter on campus.

Last year, however, the Congress failed to put on the summit. Robin Wisner, president of BSU and former member of the Congress, said he thinks the problem was due to time management.

“We couldn’t get it planned ahead,” he said. “Deadlines were not met. Since it is a once in a year event, we only met during that time and it was a scramble.”

In addition, he explained why the BSU decided to take up the reins this year and associated it with the departure of the Congress’ former president, 2011 graduate Dawit Endale.

“The Congress didn’t have a strong hold after his [Endale’s] graduation, so BSU decided to take it on,” Wisner said.

The BSU does not take full credit for putting up this year’s summit, however, according to junior treasurer Michael Wilson.

“We worked with Intercultural Affairs and Campus Entertainment Commission very diligently to put this together,” he said.

The three organizations were instrumental in selecting the group of performers who graced the campus this year. According to Wisner, the three organizations set up a committee responsible for preparing a list of preferred artists. The artists with the highest popularity within the committee were selected. The star studded cast consisted of Big Mike, Big Rob, Mike Wil, Me and You Crew, Kipp G and Tony the Butcher and Desdamona, with artist POS as the headliner.

As always, the summit was a day-long affair consisting of various workshops that showcased the elements of hip hop like graffiti, a panel discussion and an evening concert.

Unlike previous years, this year’s workshops excluded breakdancing. In its place was the freestyle/spoken workshop overseen by Desdamona, a rapper and spoken word artist from the Twin Cities and Kipp G, an underground rapper, freestyler and graffiti artist from Fargo.

“This workshop is cool for interested people to learn from the professionals,” Wisner said about the new workshop.

In an era where hip hop has a lot of negative connotations and stereotypes, Wisner and Wilson both had similarly positive views on what the community could learn from these summits.

“The community should learn to listen to the message in hip hop,” Wisner said. “There are real hip hop artists who rap about positive things and should be seen as role models.”

Likewise, Wilson added his thoughts on what people could learn about hip hop:

“Hip hop is a culture and not just a music genre,” Wilson said. “It is associated with just being a genre and being ghetto. It is way more than that.”

The workshops and especially the panel discussion sought to teach this message. Many unknown revelations were made by the panel. For example, Tony the Butcher, an underground rapper in the F-M community, made it known that hip hop had a political and social message, adding that “it wasn’t always about the money.”

Students in attendance had positive things to say about the day’s events.

Freshman Amy Tran, who, like most in attendance, had a relatively basic knowledge or none at all about hip hop, left with a new appreciation.

“It was very informative,” she said. “It was nice to know that there is more out there than country music.”

Senior Julie Arnold was impressed with the way the panelists delivered their points.

“I liked the distinction they made between mainstream hip hop and underground hip hop,” she said.

But even though the day’s events appeared successful to those who attended, one fact was blatantly apparent: the lack of an audience from Concordia. Even though Morrie Jones Conference A/B, where the spoken word workshop and discussion were held, was more than half full, the number of Concordia students in attendance was lacking.

Instead, there was a great attendance from staff and students of Circle of Nations in Wahpeton, N.D., who heard about the event online.

“They [the children] came to it the last time. They seem to enjoy it,” Melanie Jones, a home living assistant at the school, said about their appearance this year.

Desdamona, who saw the audience grow from a meager crowd of less than ten Concordia students to a crowd with about 30 fourth to eighth graders, saw this as an opportunity for Concordia to team with other schools for the summit.

Concordia students in attendance, on the other hand, were not particularly pleased with the lack of support from students.

“Hip hop is an excellent way of communication,” senior Josh Hermerding said. “I am disappointed that Concordia students did not show up.”

The evening’s performances seemed to be taking the same route as the day’s events, with just a few students partying with the performers in the Centrum.

But just when it seemed like the 200 confirmed people on the Hip Hop Summit Facebook page appeared to be some sort of a fluke, things turned around for the better.

Wisner and Wilson transformed into their alter egos Big Rob and Mike Wil, and they were instrumental in drawing a more sizeable crowd with their performance.

Desdamona, who spoke about the difficulties women face in the hip hop industry during the panel discussion, had no problems drawing in the largest crowd to the Centrum, which was packed with dancing students by the end of her performance.

She has been organizing the B-Girl-Be summit in Minneapolis, a conference which seeks to encourage girls to be more prominent in the hip hop world. She had nothing but positive feedback about the summit at the end of the night.

“There is so much potential for this show. It could get bigger and bigger each year,” she said.

She also sees the summit growing into a big event in the Fargo-Moorhead community, with not only workshops and performances but also with a mixture with films and forums.

“It will look good for the school,” she said. “Hip hop education is really big right now.”

Her thoughts echo that of Wilson’s about hip hop in Concordia. He said:

“Concordia does a good job of exploring diverse cultures and this is one of them. Everyone has had their time, and it is time for hip hop.”