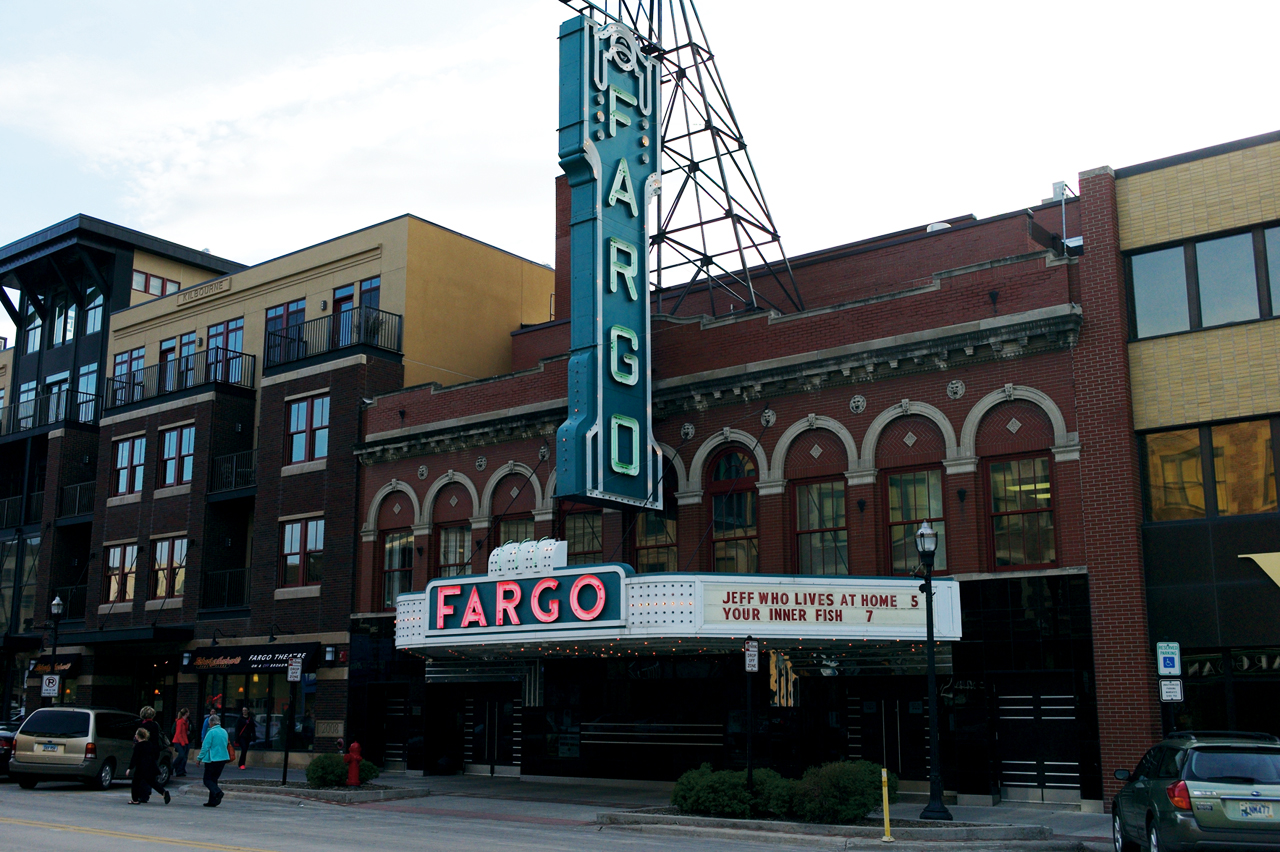 On Sunday April 15th, the lights go down in the Fargo Theatre; the audience, comprised of Concordia students, family and community members, excitedly waits to view the short films created by the students of the English Film and Literature Capstone course. The course, which includes students from many majors including German and science, brings twenty-two students together to study film, adaptation and reception theory before applying what they had learned to create film projects of their own.

The Fargo Theatre event was the public premiere of the Capstone projects. The class divided into four groups with their final projects of adaptations from William Faulkner’s “A Rose for Emily” and “reFracTion,” a film adaptation based on the one-act play “Legend” by Floyd Dell. Other groups used “The Interlopers” by Saki and “Masque of the Red Death” by Edgar Allen Poe.

Each group was given the freedom to choose the short story they worked on, and then they created the storyboard and film angle/adaptation. The groups were also given no budget, and they had to be creative problem solvers to avoid legal copyright issues and create props and scenarios.

The group that worked on the film adaptation of “The Interlopers” admitted that some aspects were difficult to film with no budget, as their storyboard included a tree falling on the two protagonists and an end appearance by a pack of wolves. The group relied on implied actions, the expressions of the actors and also their soundtrack to portray the features they could not film visually. Instead of getting a shot of wolves approaching the protagonists at the end, the group chose to focus on the protagonist’s face and his crazed laughter while wolf noises are heard in the background.

“The plan with the laughing was because of the wolves, one of the challenges to get the audience to realize, with zero budget,” junior Tom Knowlton said.

The props and locations used in the films were varied and pulled greatly from the community and various other resources.

“We used my parent’s house,” said senior Ben Jacobson, describing the filming location of “Masque of the Red Death.” “It worked really well because there is a giant field in the yard, which we needed.”

Most of the short film adaptations were darkly filmed and played with ambiguous endings, though each group was unique in its project and adaptation of the short story. The genres of the four films ranged from Gothic to Romantic. The group who worked on “reFracTion” took a very romantic take on their film.

English professor Dawn Duncan was very interested in some interpretations during the storyboard development stage, especially with “reFracTion,” which she interpreted very differently from the group to which the story was assigned.

“I thought Luke [the protagonist] was a swine, but we were presented with a clearly romantic interpretation and, you know what, the screenplay actually reads better than a more cynical adaptation would have,” Duncan said.

Other groups, such as the one who worked on “A Rose for Emily,” wanted to do something darker. When junior Katie Carstensen’s roommate introduced her to the story, Carstensen and her group was intrigued by the story’s dark tale of love and its power to drive people over the edge. They used a mockumentary style film and haunting piano melodies by Chopin to portray the dark story on camera.

“I am a film freak. Whether I’m watching them in the theater, at home, or on a computer, I knew that there are people out there, younger than me, doing these things. It’s centrality to the arts and we are thankful,” Duncan said about her student’s films and the budding independent film industry.

Though the class admits that the learning experience the capstone course offered was intense, it was also exciting and collaborative, and all of the proceeds from the ticket sales were donated to the upkeep of the Fargo Theatre.