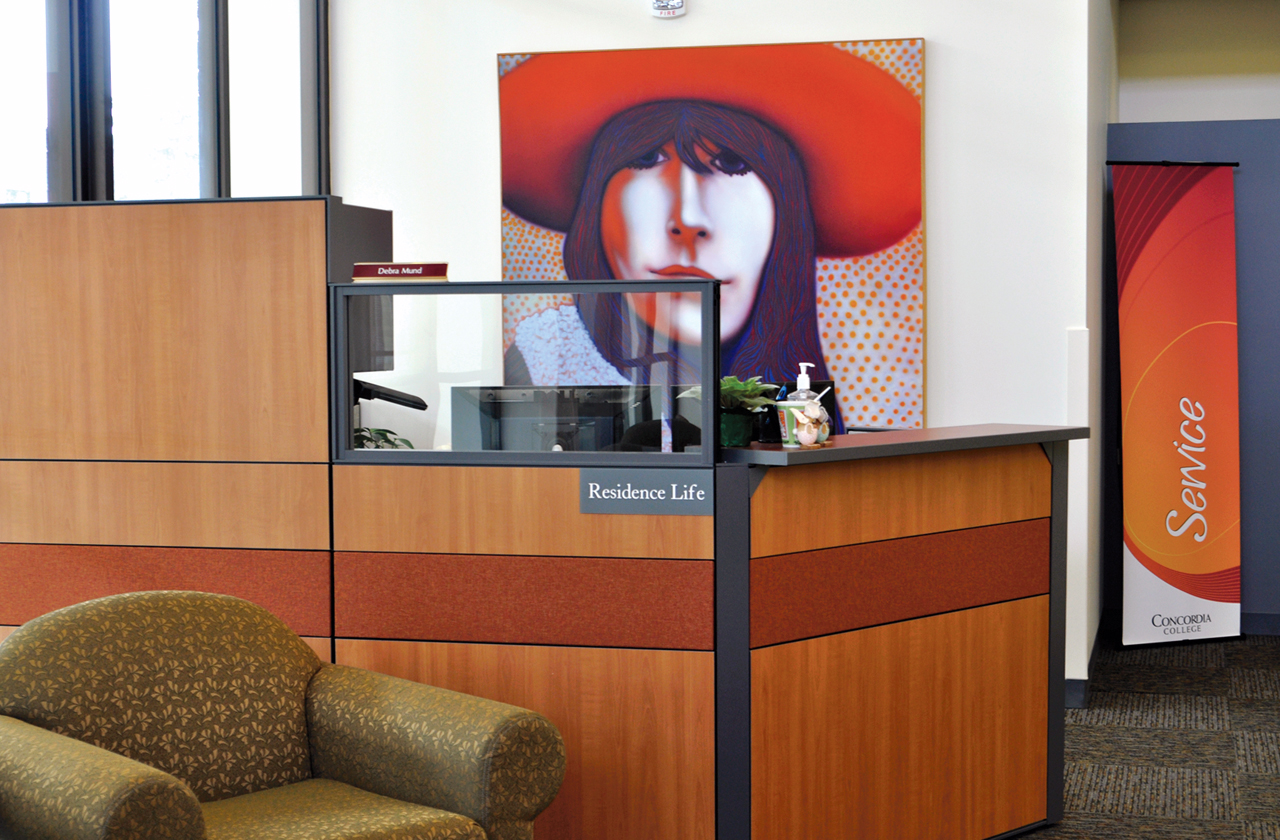 The Parke Student Leadership Center, located upstairs in the Knutson Campus Center, is currently in the process of being remodeled. The remodel will allow for the relocation of offices for some staff on campus.

The remodel, which cost around $50,000, began over mid-semester break in order to be the least disruptive to students, said Rebecca Amundsen, director of budgets and planning. The area that is being remodeled used to be staff offices and also composed part of the Student Government Association’s office.

There was some reluctance to remodeling the recently constructed Knutson Center, explained Amundsen and other staff.

“Why would we take this space that’s in such good shape and remodel already?” Amundsen said.

However, efforts have been made to be as conscious about the newness of the center as possible.

“The good part is we’re able to reuse some of the existing furnishings,” Amundsen said.

The Student Affairs office, which is currently located in Lorentzsen Hall, will be moving into the newly constructed space. Chelle Lyons Hanson, director of student leadership and service, explained the reasoning behind this move.

“The advantage that we’re seeing… was to co-locate some more of the Student Affairs groups,” Lyons Hanson said.

Amundsen also said that the co-location would “give them more opportunity for collaboration.”

Another advantage to the change was to give students better access to all the student affairs offices in once central location. Before the move, only Student Leadership and Service (which includes the Campus Entertainment, Ministry and Service Commissions, the Student Government Association and America Reads) was located in the PSLC. Recently, Residence Life has also moved to the PSLC, and Student Affairs will complete their move this May.

The changes that were made to the Student Government Association’s office were minimal and included the transfer of only a little space to other offices.

In addition, the global learning offices will all be in Lorentzsen after the moves take place. Global learning, which is made up of the Intercultural Affairs and Global Education offices, has been moved around campus since its creation in 2009. Before that, the global learning offices experienced a number of moves as well. Previous homes of the offices included the Welcome Center, before it was the Welcome Center, the basement of the Grant Center, which will now be the Offutt School of Business, Parke Student Leadership Center and Lorentzsen, as well as other temporary offices across campus.

After the moves take place, global learning will take up the space previously occupied by Student Affairs in addition to their current offices in the basement of Lorentzsen. This way, all of the Global Learning offices will be in the same building. Per Anderson, associate dean for global learning, expressed his happiness at the move.

“I’m really glad to be working with my colleagues,” Anderson said.  “If you’re going to work together, you need to live together.”

While the office moves will bring most of the related offices together to make cooperation easier, parts of Lois Cogdill’s job will be more difficult after the move. Cogdill, director for student support and orientation, works closely with both Student Affairs and the registrar, so her current location in Lorentzsen has been beneficial. She explained that the location allowed students to go back and forth between her office and the registrar quickly and easily when needed. Cogdill also said that she shares files and often works closely with the registrar. After the move, their work will be slightly more difficult due to distance.

“We’ll have to do that more electronically,” Cogdill said.

Cogdill is glad to move to the campus center, but the move creates some extra work for her.

“It does mean I have to clean my files and get packed,” Cogdill said.