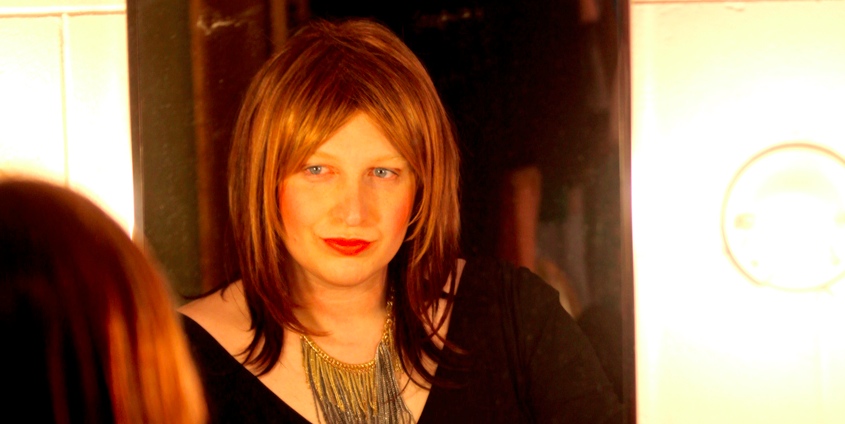 This article was written by Meagan Pittelko, a contributing writer at The Concordian.

Students sit in class every day, calculating the route to the nearest restroom. Turn right after leaving the classroom, walk down the staircase to the left, find the door halfway down the hallway. But what if, upon reaching the door, students realizes that they aren’t represented on the rectangular blue signs outside? It’s time to pick: Door A or Door B, man or woman, and there is simply no clear-cut answer.

Although using the restroom may seem like a mundane task, it is one of the many issues that face a growing population on college campuses across the country: transgender students.

“Roughly one in every 2,000 people in the U.S., both male and female, now completes a social, hormonal and surgical gender transition sometime during their life,” said Lynn Conway, a transgender professor at the University of Michigan. “An ever increasing fraction of those who attempt transition are trying to do it early in life… A large state university of 20,000 students might have at least four to eight transitioning or transitioned students at any one time.”

“I need to go to the bathroom,” senior Stef Clark said, “and I’m trying to check a mirror like, ‘How do I look today? Do I look like a boy or a girl today?’”

Clark identifies as transgender, which, according to the American Psychological Association, is an “umbrella term for persons whose gender identity, gender expression, or behavior does not conform to that typically associated with the sex to which they were assigned at birth.”

“Being trans is a very subjective, very personal identity,” said Clark, who identifies as gender-neutral. “It’s not being normative with your gender.”

Although the APA reports that no population studies exist which can pinpoint the exact number of individuals with varied gender identity or expression, transgender students on college campuses are more visible than compared to 10 years ago.

In the last decade alone, according to author Brett Beemyn, nearly all of the existing Lesbian, Gay and Bisexual (LGB) offices and student organizations on campuses have added the “T” to their names in order to include transgender individuals. Beemyn is a transgender professor as University of Massachusetts Amherst and has written or edited seven publications regarding LGB and transgender individuals.

“Social acceptance,” Riah Roe, an MTF transgender student, said “is really important because, a lot of the time, there isn’t familial acceptance.”

Paul Hindemith, a music professor at Concordia, said that faculty members are working to cultivate a welcoming environment for students who have begun transitioning to another gender since coming to college.

“It’s one thing to be an outsider, but it’s another to be told by an institution that you are wrong when you have very clear feelings of attraction to someone,” Hindemith said. “Who are we to judge?”

Hindemith is a member of the Safe Space committee, which provides a network of supportive allies for Lesbian, Gay, Bisexual, Transgender and Questioning (LGBTQ) members of the campus community. The committee began as a group of concerned faculty, meeting quietly off campus so their jobs would not be endangered but was renewed in 2008 with Concordia’s support.

This support occurred in conjunction with the Sexuality Statement published by the Evangelical Lutheran Church in America, which stated, “We know, therefore, that God’s love embraces us totally, including our sexuality.” The social statement was one of inclusion, which called for LGB individuals to be treated with respect and sensitivity.

Despite programs such as Safe Space and the Straight and Gay Alliance on campus, transgender students still struggle with the idea of inclusivity.

“There’s not a lot of people on or off campus that you can talk to,” Clark said. “Groups off campus try [to help], and there’s a tri-state trans group, but they’re mostly much older.”

Roe said that there are other contributing factors that exclude students on campuses, including forms that only allow students to pick between two genders – male and female – and thus decrease their visibility. Roe said that these forms work in conjunction with a lack of resources, health services and awareness to create the uncomfortable atmosphere students in transition experience on campuses.

“I don’t feel safe here,” Roe said. “Not necessarily because I feel like I’m going to be jumped, but I don’t feel that I can develop and live my day-to-day life in a comfortable environment, free from glaring eyes and judgment.”

In 2011, the National Gay and Lesbian Task Force and the National Center for Transgender Equality published a survey documenting and analyzing discrimination against transgender and gender non-conforming individuals. The data included was based on the responses of 6,450 participants.

“There’s not a lot of institutional support,” Roe said, “and the support of the institution is important.”

Roe said that the first priority for colleges should be to make safe spaces available for students, and Hindemith said that institutions should have policies that don’t penalize people for transitioning and which create a safe environment for students from all walks of life.

“At the very least, we can accept each other and the student,” she said. “You can say, ‘I can’t do it, and I wouldn’t do it, and I can’t understand it, but that doesn’t mean I won’t be there to support it.’”

For students like Clark, the support of friends has been exponentially helpful.

“Friends are generally more supportive,” Clark said. “Friends haven’t known you your whole life and so they haven’t been able to form this idea of who they want you to be.”

Off campus, transgender students struggle with the same problems as any other college student: family acceptance, relationships and figuring out who they really are and who they want to be. In the end, Hindemith believes that there is one common goal everyone can identify with.