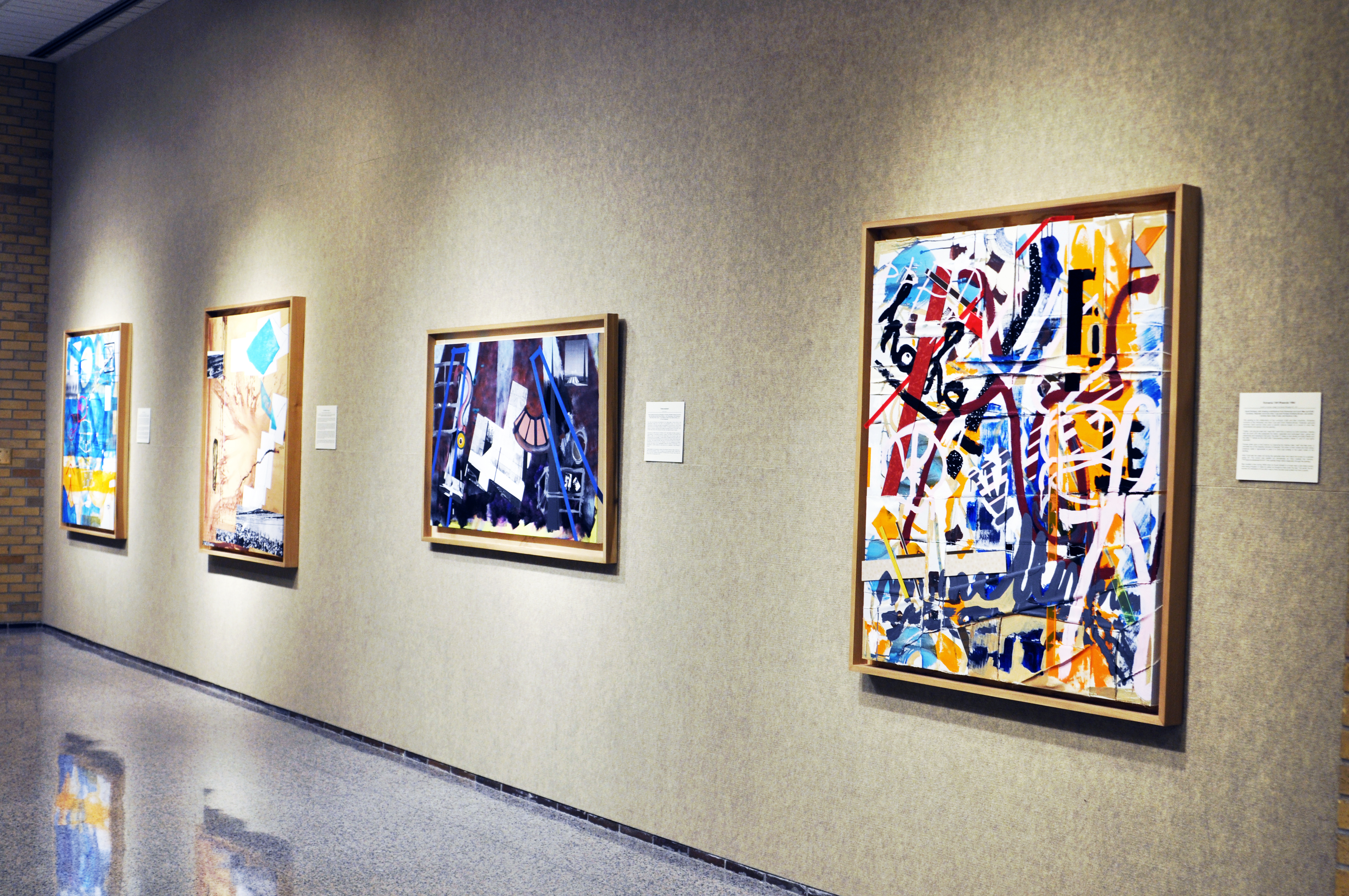 “Voices to Vision” is a collection of art from genocide survivors from different parts of the world. The exhibit will be running in the Cyrus M. Running Gallery until September 16.

For the exhibit, a team of artists created each piece from the memories and experiences of survivors. Each piece is accompanied by a story and an explanation of where the artwork came from, which allows visitors to understand and reflect on the pieces of art.

Courage can be seen in all of the pieces. One such piece is “Love Will Set You Free” by artists Kelly Frush and Solomon Atta. The piece includes drawing contributions from Romanian Holocaust survivors Max and Edith Goodman. The Goodmans found each other after the Holocaust ended and, realizing they had been in the same place at the same time, later married.

The Goodmans each chose a color to represent their hardship. The artists took the colors of paint and dropped the paint onto the canvas. They created a mountain and included people walking up a mountain, much like the Goodmans did. A third color represents them today, as they break free from their past.

Another piece is “A Triangle for A J” by artists Caroline Kent, Malorie Binn, Veronica Williams, Lauren Haberly, and Nile Eckhoff, with drawing contributions from Holocaust survivor Margot De Wilde. Wilde wanted to put her arm in the piece to show her tattooed numbers. The numbers indicate that she is Jewish and was at a concentration camp that used tattoos rather than numbers on the prisoners uniforms.

The tracks illustrated on the piece represent two sides, each of which stands for concentration camps where Wilde was held. A letter “J” separates the two camps, representing the absent “J” from Wilde’s counterfeit I.D., which she tried to use to cross the Swiss boarder.

Each art piece tells a different story and creates an emotional connection to the storyteller, providing the audience with empathy and curiosity of the past while raising awareness that the problem exists today.

“Whether you like it or not,” said David Feinberg, the director of Voices to Vision, “you are attracted to find out what it is.”

He began the project in 2002 and hoped to encourage people to think about what they are looking at. He wants to influence the audience to keep the problem of genocide in their minds. He said he was “destined to do this project but didn’t know it.”

“Voices to Vision” is an example of the awareness Feinberg would like to continue building over time.

Feinberg described the gallery as art that will last forever.