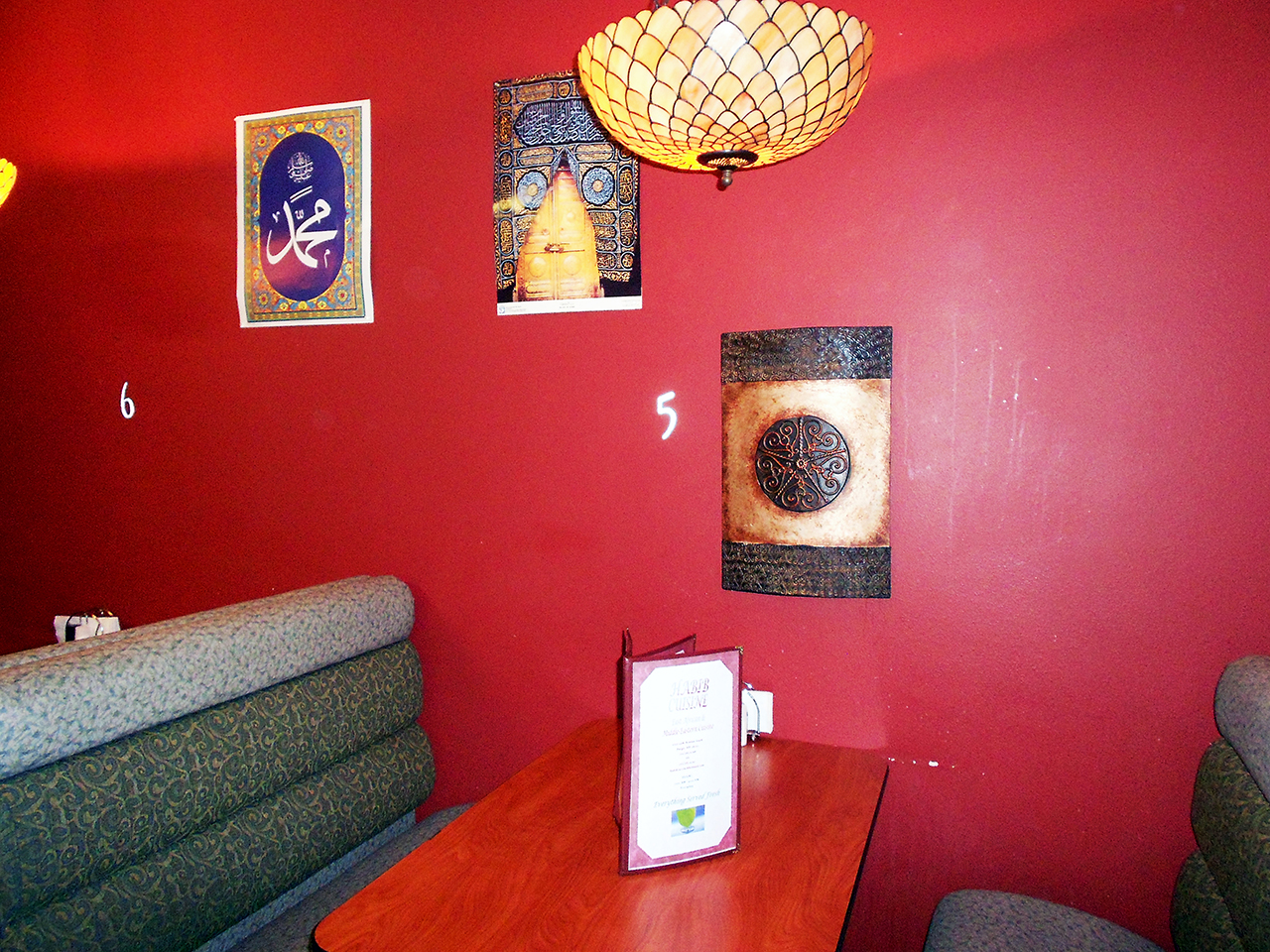 One of the most important facets of a Concordia College education is to train students to become responsibly engaged in the world. Cobbers are constantly being prepared to become global citizens politically, religiously and culturally.

One thing that students can use to be become more globally aware is food. Cobbers looking to BREW should consider making their way to 13th Avenue in Fargo.

Housed in a strip mall next to Taco John’s is Habib Cuisine.  This establishment, which opened in December 2011, specializes in authentic Middle-Eastern and African food.

Habib Cuisine is a family-run business owned by two sisters—Umi Khaadi and Shamsi Sheikhuna. The word ‘Habib,’ according to Khaadi, not only means ‘love’ in Arabic but is also her mother’s name.

“My sister and I opened the restaurant for our mother because she is a great cook,” Khaadi said, explaining the reasoning behind the restaurant’s name.

The Somali family has lived in Fargo-Moorhead since 1996 and believed the restaurant could benefit the area.

“We needed something different here in Fargo,” Khaadi said. “We just wanted to bring out our culture.”

Apart from being a family-run business, Habib Cuisine is also very family friendly.

“We do not provide liquor in here because it is very family-oriented, so we do not want drunken people around,” Khaadi said. “It is also because of our religion. We do have a lot of drinks on the menu so people never ask of liquor.”

The food on the menu, though, is very flexible. Customers are allowed to mix and match meals.

“People can mix two different types of meat and there is no extra charge,” Khaadi said.

In addition to the chance to taste food from another culture, college students can be enticed by relatively cheap menu items.

The menu shows that all appetizers are $1 each, entrees are $9 (with drinks included) and sandwiches range from $7-9.

Famous on the menu is the gyro sandwich.

“People love the gyro. People come in and they say, ‘I want that,’” Khaadi said, pointing to a poster advertising the sandwich.

For $8, you can try the sandwich, which the menu describes as “slices of lamb meat on warm pita bread topped with crisp and refreshing vegetables with a delicious gyro sauce.”

There are other popular meals on the menu, which chef Mariam shed light on.

“The goat meat with rice is liked by customers,” she said. “The most popular appetizer is the sambusa.”

Even though the meals are purely of a Middle Eastern and African variety the customers come from very diverse places.

International students from local colleges are also frequent visitors to the restaurant.

“We have professors who come in with their students,” Khaadi said. “They call ahead of time to make reservations and when they get here we guide them and talk to them about our foods.”

On a typical day, Khaadi explained that the restaurant gets busy between 1 p.m and 6p.m on weekdays, but that weekends are busy all day long.

“Saturday morning is the best time to be in here,” Abdi Mahad, a graduate student at North Dakota University and regular customer, said. “Lots of people come in here and watch soccer matches.”

“We have a breakfast menu,” Khaadi said. “Plus we serve chai tea and coffee as well. You can also have our appetizers for breakfast.”

For breakfast, one can have maharago, which, according to the menu, is a “delicious dip made with beans and potatoes mixed with coconut and tomato sauce and served with chapatti or anjera (yeast-risen flat bread with a unique slightly spongy texture).”

“The food is really good. It is really healthy food and the people are friendly,” Mahad said. “Economically, it is really cheap, which is nice. The menu is really detailed and descriptive and you always get what you order.”

“People already know about places like McDonalds, Mexican Grill and Olive Garden. If people want to try something different, this is the place to be,” she said. “The meals are prepared in large quantities so they will be full. Plus, it is at a good location so it is easy to find.”

Head down to Habib Cuisine at 2225 13th Avenue South Fargo to get away from campus food for a while and give your taste buds a bit of diversity.