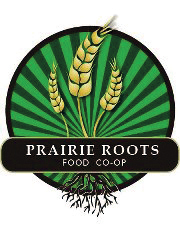 The Prairie Roots Food Cooperative is a vision that has been in the works for over two years to establish a member-owned co-op in the Fargo-Moorhead area. The co-op will provide central access to a full line grocery store dedicated to supplying the area with natural, organic, and locally produced food.

Harvey is a member of the founding board of directors and currently holds the position of secretary. She spoke about how many people in this area are “food foragers.” They seek to find healthy, sustainable food by frequenting local farms and small specialty stores, joining buying clubs, patronizing farmers’ markets, belonging to Community Supported Agriculture programs, or even growing their own gardens.

“This co-op will behave in such a way that members can live out their values,” Harvey said. The goal of the PRFC is to provide the kind of foods they seek.

Dr. Sue Ellingson, an education professor at Concordia College, is one of those members. Ellingson first learned about the local movement three years ago through a book group. The books “Earth” by Bill McKibben and “Animal, Vegetable, Miracle” by Barbara Kingsolver introduced her to the idea. While she has been involved in the local movement, she finds it difficult to shop locally year round as farmers’ markets close at the end of the season.

“I want to think of ways that I can be more sustainable in my practices,” she said.

Ross Hilgers, an art professor, is another Concordia faculty member with an interest in local, organic food. Hilgers became aware of PRFC through his Capstone class, which focuses on environmental activism. The class sold T-shirts last semester in order to fund a membership purchase. Hilgers said that the idea was to make money that the class could then reinvest into something local and environmentally responsible.

Environmental responsibility is not a new interest of Hilgers’. It has been a concern of his for 25 years. Hilgers is a vegetarian and grows much of his own food, but he feels having access to a co-op will help to supplement what he grows. Hilgers also believes that the co-op will serve to empower people by its commitment to its members rather than to manufacturers, which will give people the chance to choose the food they want to consume rather than be dependent on what manufacturers choose to sell.

Both Harvey and Ellingson agree.

“[You become] beholden to their selling priorities rather than your values,” Harvey said.

Ellingson highlighted the co-ops willingness to reflect member interest. The democratic nature of the co-op will give it the flexibility to adjust to changes in priorities over time.

The PRFC is still far from reaching fruition. Currently there is neither a location selected nor an opening date set. These will come once the initial membership goal is reached. They are 1/6th along the way of reaching the goal of 667 initial members, which will ensure they can follow their business plan. A founding membership costs $300 and includes benefits listed on the Prairie Roots Food Cooperative website. Membership is not required to shop at the co-op.

Harvey recognized that purchasing a membership will likely not appeal to college students, resulting in her thinking about possibly adding a category of membership for college students, which would entitle them to a discount if they chose to shop at the co-op. Another membership consideration is the idea of having transferrable membership. In this way students that belong to co-op in their hometown could receive benefits at the Prairie Roots Food Cooperative without having to purchase a new full-fledged membership.

Accessibility is also high on the importance list for the co-op. The future location will have to be accessible to farmers, trucks, families, and school buses. Additionally, the co-op is aiming to be on the bus line in order to ensure accessibility to low-income families. It is, after all, a community-centered initiative, which Harvey feels is illustrated by the Bob Marley quote stating, “When the root is strong the fruit is sweet.”

It reflects the “community rootedness of this enterprise,” she said. “If you are firmly planted, that’s a good thing in community.”