“C” is for community 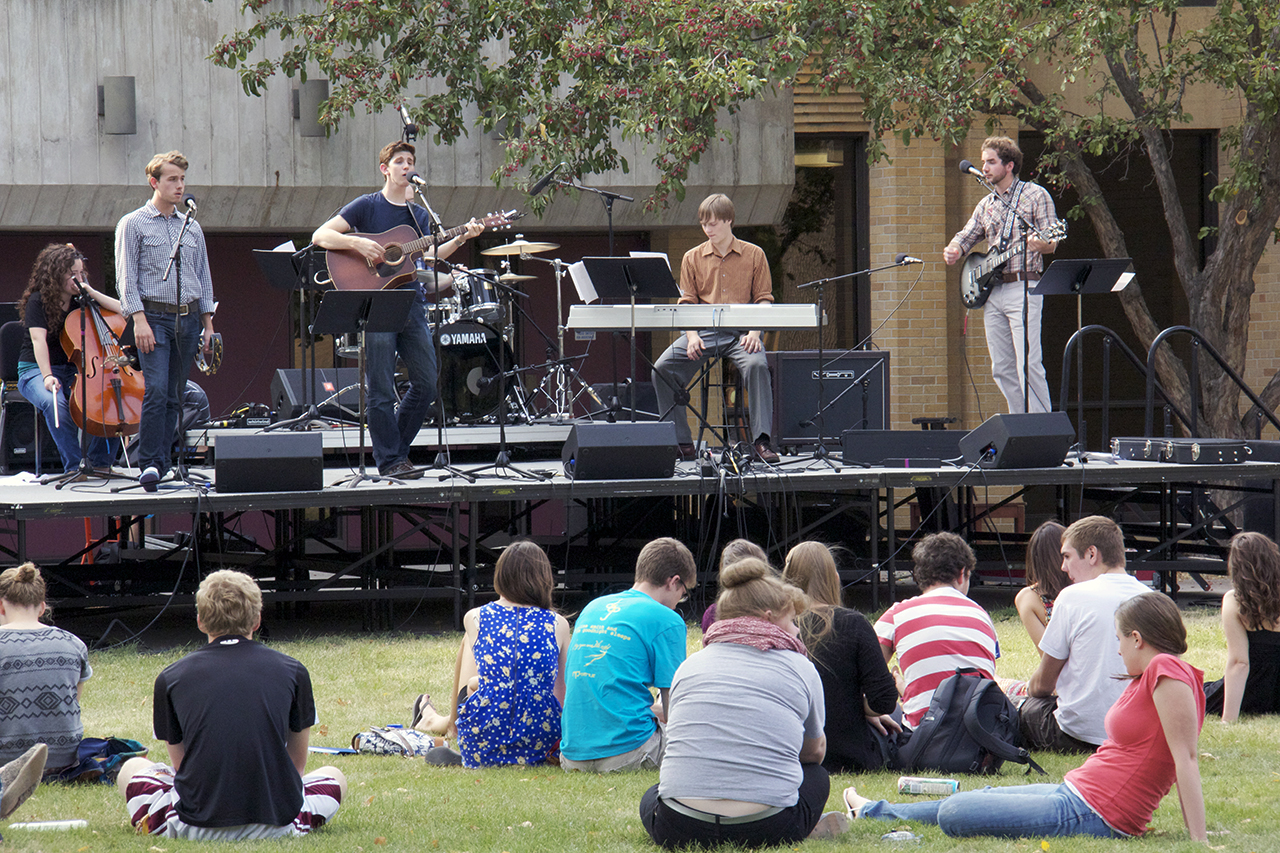 Mikka Langmo, CEC Concerts and Dance Commissioner, said the purpose of the event was to bring people and the commissions together.

“[It is] also to advertise and bring awareness to the three commissions,” said CEC commissioner Nick Bainer.

Lawn games such as ladder ball, beanbag toss and Frisbees were provided in addition to a dunk tank. Students and members of the community were able to dunk students into the cold water and, luckily, the weather was cooperative.

CMC put out a canvas to represent how everyone’s story is entwined, allowing anyone to paint on the canvas. It will be hung up in the CMC office, which is located in the Parke Student Leadership Center.

“It was cool to chill with your friends,” said sophomore Maria Sturtz, “and listen to music, play games, and seeing students and professors involved in it.”

Joel Leeman started off the bash with a performance on the piano, bringing curious students to the stage. Jason Alyward and his band kept the energy up by playing fun, old-school songs.

The last and main event was Dustin Hatzenbuhler, who came to Concordia last March. CEC brought him back to perform for everyone once again, but this time with a full band supporting him. Hatzenbuhler’s Eric Hutchinson-like sound gathered a big crowd – bringing the community together. Towards the end of his set, Hatzenbuhler had students on their feet dancing and singing along to one of his hits, “Hate Me, Love Me”.

Hatzenbuhler said the experience of playing at Concordia again was “beautiful and bell-full.”