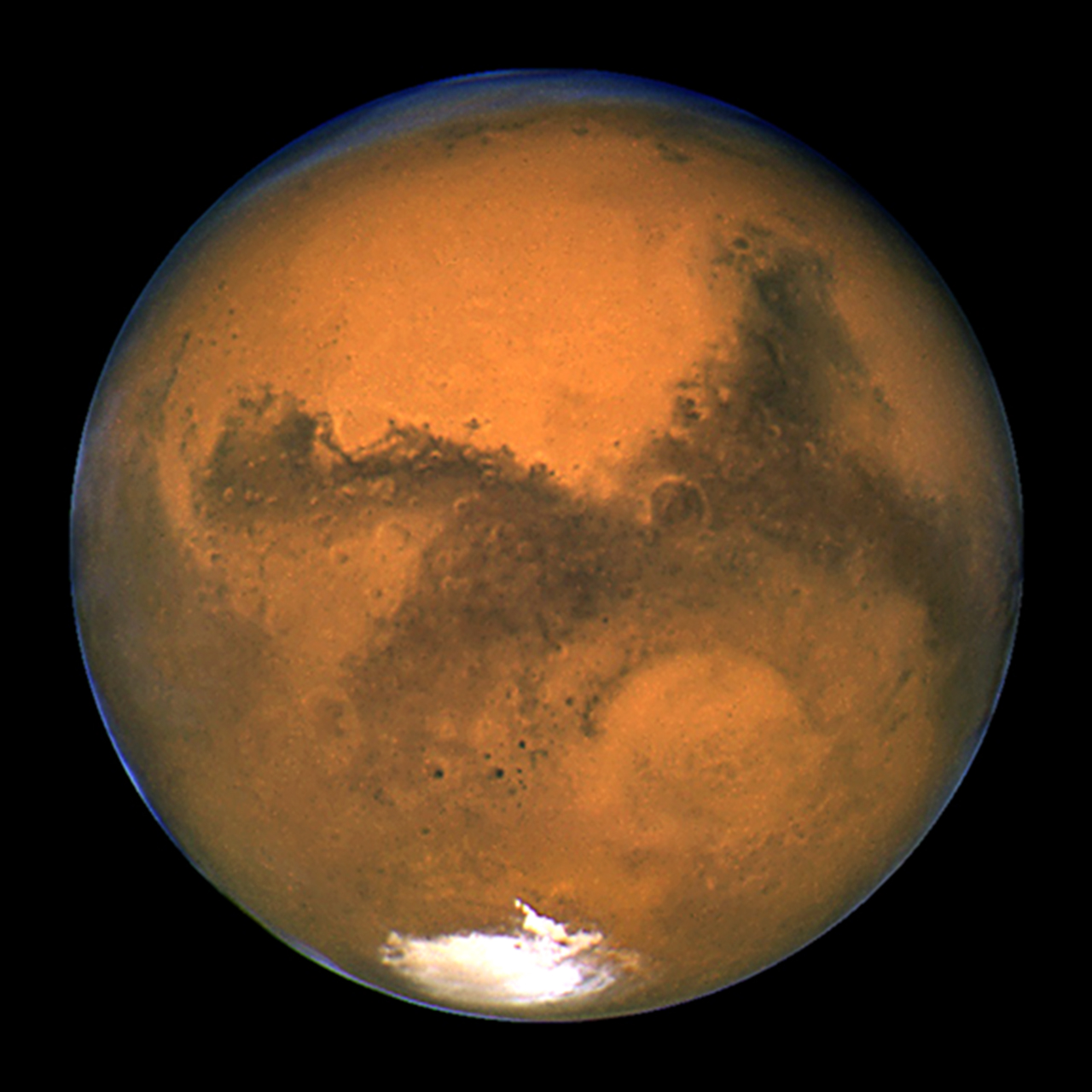 Concordia is curious about Mars, and Drs. Thelma Berquó and Heidi Manning of the pysics department, along with physics major Mitch Campion, have all been part of a recent spike in interplanetary research at the college.

This summer, Campion teamed up with Berquó to research highly magnetic iron oxides, which are powdery red compounds of the elements iron and oxygen. One commonly recognizable form is rust, however the two were working with a variety that was a bit different.

Berquó, visiting assistant professor at Concordia and an expert on iron oxides, has worked since 2010 on one with a possible connection to Mars. The only problem? It does not naturally occur on Earth.

“It’s really out of this world…just to think that something I’m working with doesn’t even exist here. it’s cool,” said Campion.

The two worked with Dr. Graeme Wyllie, a chemistry professor, to produce an analog. To do this, nontronite, an Earth native iron silicate, is heated up. The process produces two iron oxides: one Earth native, the other a highly magnetic Martian variety.

Once the particular phase of iron oxide is produced and identified, Berquó works to study the characteristics of it, looking at how it reacts under different temperature and pressure conditions, for example. This is not always easy, as Berquó said she does not always know what she is looking for.

There are significant benefits to studying it, though. Highly magnetic materials have important industrial applications and are used in such things as computers and hard drives. Knowledge about the iron oxide can also help scientists build models to both better understand the history of Mars and possibly use this data to make inferences about the future of Earth.

Berquó was happy to share her work with a student and would like to continue to do so. She prizes the opportunity it gives them to do fundamental physics while also doing work that has applications. Berquó said it really builds their understanding.

Campion agrees. He especially liked seeing his classroom learning apply to work in the real world. The experience also illustrated to him the specific, but also interdisciplinary, nature of science.

Campion’s first-hand experience was provided through a fellowship he received to work at the Institute of Rock Magnetism at the University of Minnesota. He applied for and was awarded $4000 to cover the cost of running the specialty equipment at the Institute. Berquó said that it was a very competitive award.

“[It was] really interesting just to work with the top people in the geo-magnetism field,” Campion said.

He also enjoyed working with the specialty lab instruments. He found the whole experience “eye-opening,” especially that his work could have implications on Mars.

In addition to receiving the fellowship, Campion presented his paper at a conference in Sioux Falls, S.D. He decided to go because he felt it would be a great opportunity to share his research, not because he had any expectations. He wound up taking thrid place in the undergraduate research category.

While Campion and Berquós’ research was based in the Midwest, Manning’s is literally out of this world. Manning, a physics professor at Concordia, is spending the semester as part of the team of scientists and engineers working on the Mars Science Laboratory rover Curiosity.

According to Manning, the official goal of the mission is “to explore and quantitatively assess the potential habitat for life, past or present,” on Earth’s neighbor planet of Mars.

“[The research] gives a clue as to how common life is elsewhere,” Manning said, by giving scientists another data point to work with.

Manning’s current role is to analyze data collected by one of ten instruments on the rover. The instrument Manning is working with, Sample Analysis at Mars (SAM), is an analytical chemistry lab. SAM will sample for amino acids (the chemical building blocks for life) and isotopes (atoms of an element with varying numbers of neutrons). Evidence of amino acids and ratios of isotopes in the atmosphere will give important clues about Mars potential to support life.

Sampling will take place in Gale Crater. The topographical nature of this region would make it one of the last places on Mars to have water, a good characteristic when looking for amino acid evidence.

The rover has just completed its “commissioning phase.” This involves slowly testing each instrument by running electrical tests and exposing it to the atmosphere. Manning emphasized that there is a lot of oversight and careful planning for this project, which has so far prevented any major problems from occurring.

Each task the rover completes must be programed by scientists on Earth. It takes an average of 15 minutes to send a message to Curiosity. Before any message is sent though, it is tested on the twins of the rover’s instruments that are here on Earth. This ensures that no mistakes or omissions occur in the message. Once it receives a message, the rover completes its experiments, stores its data, and then sends it back to three spacecraft orbiting Earth.

Manning’s cutting-edge work with NASA has added to her work in the classroom as well. Particularly in her astrobiology and basic astronomy courses.

“[It has] kept me more current on the literature and what we are studying,” she said.

Manning also talked about the importance of this research. Gaining “fundamental science knowledge” that drives curiosity and answers questions is first on her list of importance. Second is the enormous amount of technology that has come out of the space program, such as digital cameras and the two-way communication used in pacemakers.

“[There are] a lot of benefits to society that are not direct and apparent,” she said.

Manning feels that the space program’s research can serve to inspire the next generation of scientists, mathematicians and engineers. Inspiring young people is integral to the future of the country, she said, and Curiosity’s mission has the potential to do just that.

Though the research of Manning, Berquó and Campion differs, they held a common consensus on the importance of both the fundamental knowledge their research gained about the universe as well as the technological applications it brings to the world.