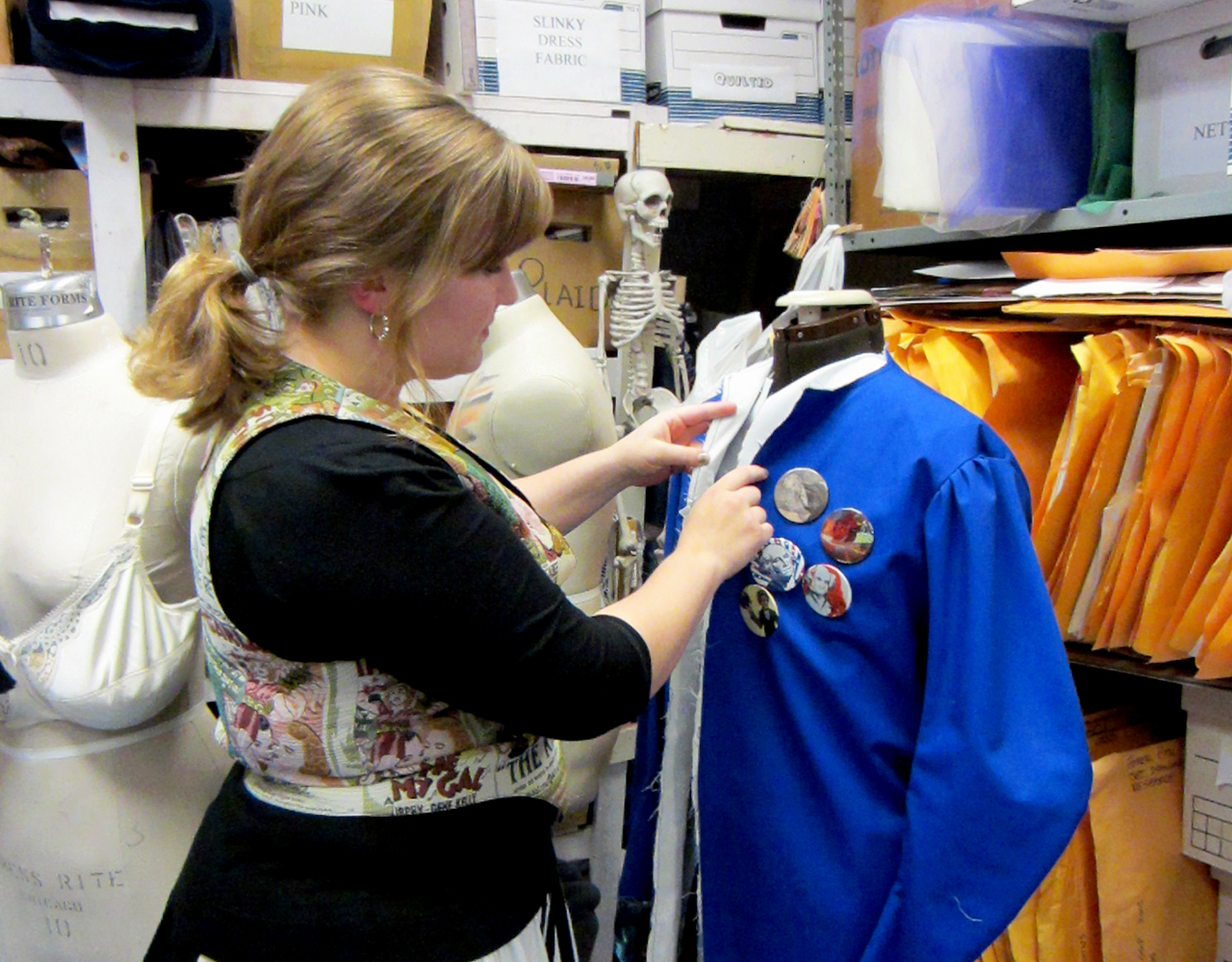 Kersti Pearson, a theater arts and English literature double major, is designing the costumes for “44 Plays for 44 Presidents” as her Senior thesis.

“It’s pretty exciting and nerve-racking,” Pearson said as she described her first show as costume designer.

The senior thesis is an accredited part of her theater arts major, where at the end of the four years at Concordia, a topic is chosen within the department that can be explored more in depth.

“I chose design because it’s something I’m interested in doing more of in the future,” Pearson said. “I’ve always loved dressing up.”

Pearson applied last year and was approved by Concordia Theater’s professional staff toward the end of the school year. They informed her of what show she would be designing for. On her application, she had to write down what she would do and how that would be carried out, if selected. Once she found out she had the job, she had the summer to brainstorm.

With a small cast, each playing several different roles, Pearson decided to give them a generic costume that fits with the patriotic theme. Her inspiration for the costumes was politician attire, simple and professional, with the patriotic red, white, and blue as the underlying base. However, the presidential coat will be different.

“[The coat] is kind of up for interpretation since so many different theaters are doing it,” Pearson said. “It all kind of depends on who is reading it.”

Pearson decided to model Concordia’s presidential coat after George Washington’s military-style coat, creating a bright blue coat that will sport yellow lapels and accents. In addition, buttons will be pinned to the coat during each performance, scene by scene. The buttons resemble campaign buttons, featuring that scene’s particular president.

Pearson said her favorite button is Andrew Jackson’s, which depicts a cartoonized Jackson holding an ax.

“I love history,” Pearson said, “and getting to do a show full of history is amazing and to go through and learn about each president, you’re like ‘I never knew that!’”