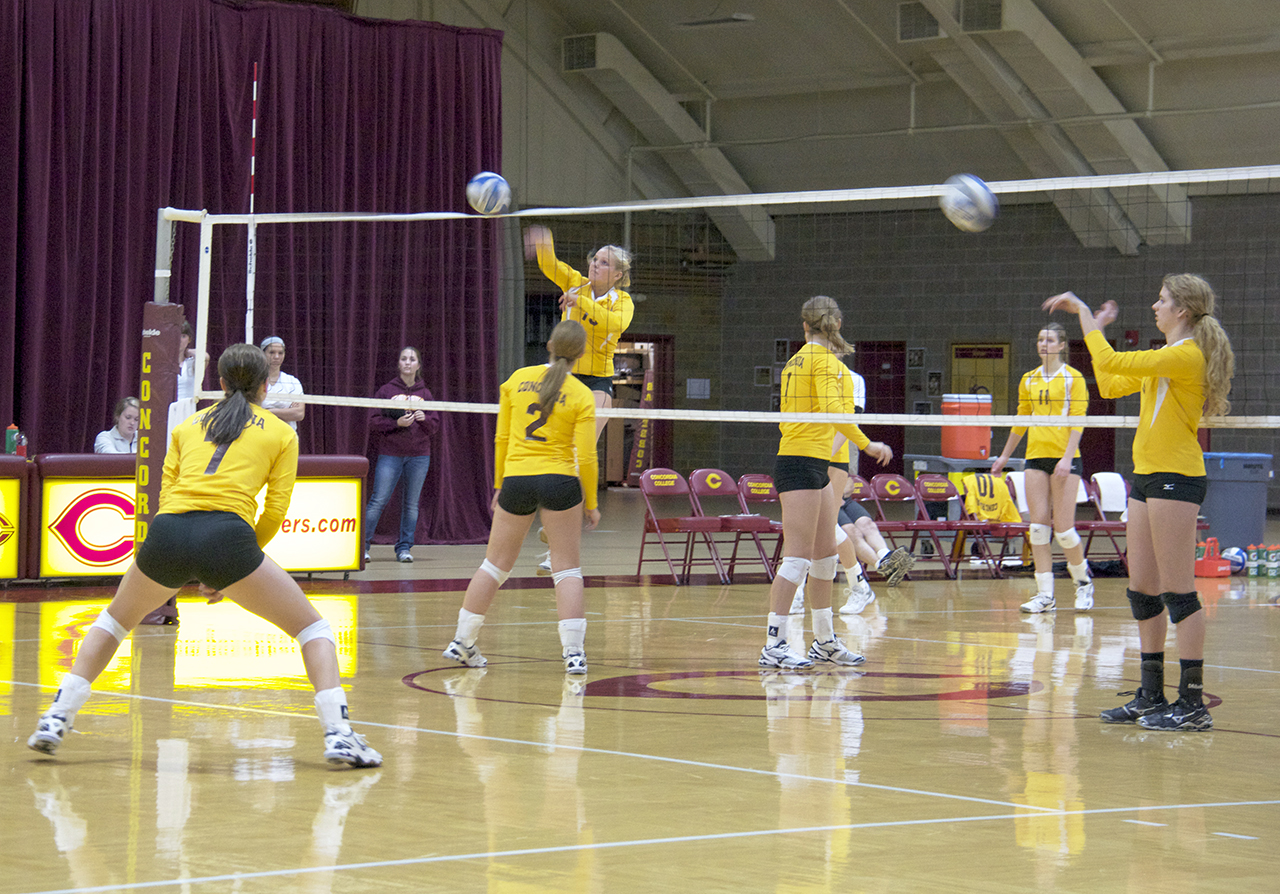 When Title IX, an amendment outlawing gender discrimination in any educational program receiving federal funding and assistance, was passed, it opened a whole world of opportunity for women. This included the option to participate in school athletic programs previously reserved only for men. Recently, the amendment celebrated its 40th anniversary.

Former Concordia Athletic Director Larry Papenfuss said that Concordia’s participation in the kind of athletic equality that Title IX strove to bring about started early with their membership in the AIAW, the Association for Intercollegiate Athletics for Women. It was founded in 1971, just a year before Title IX was established, and “functioned in the equivalent role for college women’s programs that the NCAA had been doing for men’s programs.”

“Concordia was one of the original members of the founding organization [the AIAW] for women’s athletics that the NCAA used as a model,” Papenfuss said.

SAAC, the Student Athlete Advisory Committee, is preparing to celebrate Title IX and educate the community’s youth about it.

“Young athletes in the community have always been able to participate in sports, the associate athletic director and senior women’s administrator, Rachel Bergeson said. “We want to educate them about Title IX to help them understand just how big of a deal it is”.

Head women’s basketball coach Jessica Rahman’s Women in sports class is helping to put on the event. It will be held from  1 to 3 p.m. on Dec. 2. Concordia students and community members are all invited to attend. The location of the event has not yet been determined.

Since these changes occurred, Concordia has striven to continually better their women’s programs.

“I’m really proud of our women’s teams.” Bergerson said. “They’ve been extremely successful. It puts Concordia on the map.”

“We’re fortunate at Concordia because we’ve had tremendous success on the women’s side,” Papenfuss said.

Lack of funds led to the demise of the AIAW, and pushed lady Cobber athletics into the NCAA. This change also resulted in them leaving the Minn-Kota conference and moving into the MIAC in 1981-82.

“Our main focus is keeping things fair between the men and the women’s sports,” Papenfuss said. “We have 22 sports we offer, 11 men’s and 11 women’s.”

“The principle we try to operate from is ‘fair but not necessarily equal,’” Papenfuss said.

“Naturally, the cost for equipment is higher for certain sports and that’s going to affect the equal funding for both men’s and women’s sports, gender aside.”

Both Papenfuss and Bergeson are thankful for the opportunities Title IX has given women because of the benefits sports provide them.

“It builds confidence, helps women learn how to deal with adversity, and learn to be leaders,” Bergeson said.

Papenfuss said employers know that sports build this kind of character, as they often call him asking who Concordia’s best student athletes are.

“Athletes know how to work towards a goal, and businesses want somebody who can be a good team member,” Papenfuss said. “An athlete’s success relies on their ability to get along with others, and a lot of businesses have the same mindset. Businesses want people who know what it’s like to succeed and fail.”

“Each Saturday, our athletes play in front of hundreds of people,”Papenfuss said. “It’s good to learn how to pick yourself up in front of that large of a crowd.”