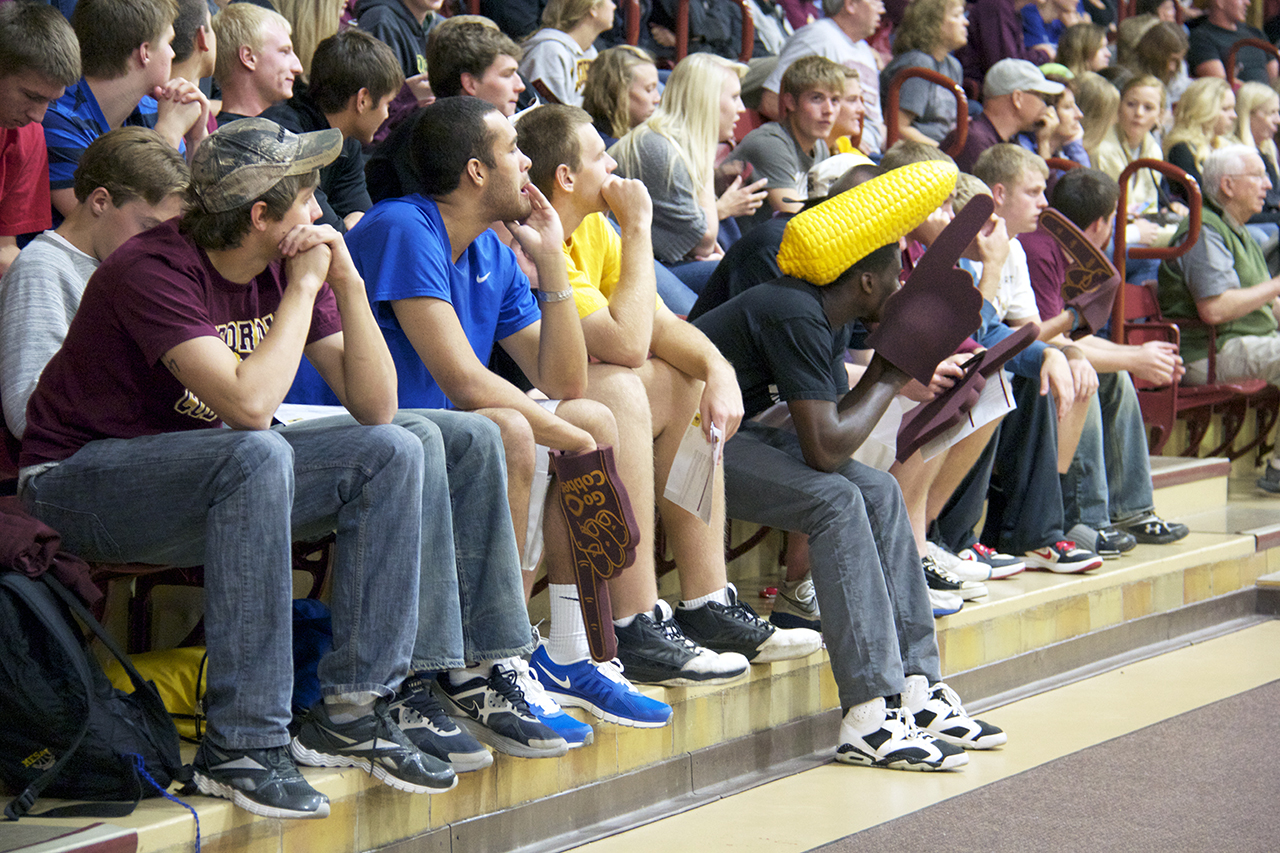 The athletic department has worked with the Marketing Club to create a new way of giving students at Concordia more incentive to attend sporting events this semester. Cob Mob will make attending games more exciting for the fans and generate more support for the athletes, Athletic Director Rich Glas said.

Cob Mob punch cards will keep track of how many sporting events students attend. Cards with ten punches can be entered for a drawing to win prizes at the end of the year.

Although prizes have not been decided on yet, some possibilities include a flat screen television, an X-Box or an iPod, Marketing Club co-President Sarah Luse said.

The Marketing Club and athletic department will work together to fund the prizes. Glas will provide a portion of the funding and the Marketing Club will contribute money through fundraising and partnering with companies, Career Success Coordinator Julie Lovin said.

“We’ll try to get some nice prizes for loyally attending the games,” Glas said.

Cob Mob is the result of Glas’s desire to give students more incentive to attend sporting events and create more excitement among the fans. Glas was impressed with the student fan base and involvement at a basketball tournament at the University of California, Davis. The fans were excited and engaged in the sport and their positive energy reflected in their teams’ performances, Glas said.

Shortly after being appointed as athletic director in March, Glas contacted Lovin from the Offutt School of Business to discuss ways that they could create an athletic program reminiscent of the one he witnessed on the West Coast. Together they had the idea of involving the Marketing Club, Lovin said

The idea to name the program “Cob Mob” came from Lovin, who graduated from Concordia in 1986. When Lovin was a student at Concordia, the student fan section referred to themselves as the Cob Mob, she said.

Lovin helped the Marketing Club get the ball rolling, but the students have had a lot of freedom with Cob Mob and have made the project their own, she said.

“[Cob Mob] is really [the students’] baby,” Lovin said, “They embraced it and they’ve been rock stars.”

In addition to increasing student attendance, Cob Mob will make sporting events more interactive for fans. The Marketing Club wants to introduce new segments during breaks in events, such as “Chuck the Puck,” which Luse said will be an interactive activity for fans at hockey games.

Once again, “Cob Mob” will come to describe a crowd of Cobbers excitedly cheering on their athletes.