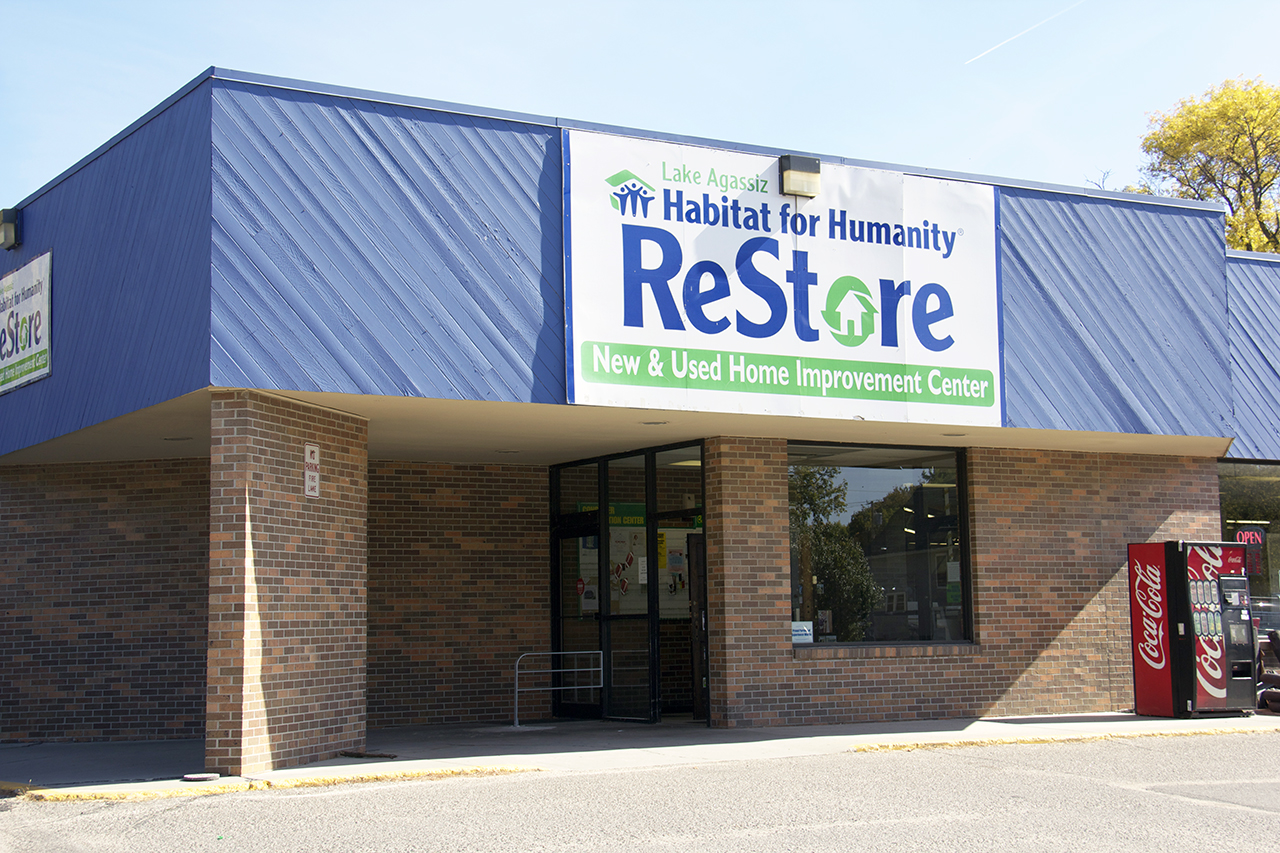 Concordia’s Habitat for Humanity chapter is taking the initiative to be more community-based. On Oct. 6 they and five other campus organizations will team up to build six children’s playhouses as part of a fundraiser for Lake Agassiz Habitat for Humanity.

“We just really wanted to embrace that community feel and reach out and give people the opportunity to take their leadership role to the next level,” said Chelsi Argabright, Habitat co-chair.

From the beginning, the project has planned to incorporate multiple campus organizations. Argabright and the other Habitat co-chair Jon Mergens used Concordia’s May Leadership Internship to formulate the playhouse project idea and introduce it to other student organization leaders. Participating groups include Student Government Association, the women’s lacrosse team, Better Together, the Habitat board, Student Environmental Alliance, and Dance Marathon.

The next step was reaching out to Lake Agassiz.

“Chelsi and Jon approached me last spring with this idea of wanting to do something,” said Rob Rich, Lake Agassiz Habitat’s executive director.

Argabright and Mergens presented their idea of building children’s playhouses on campus that could then be sold as a fundraiser for the Habitat ReStore. The ReStore sells donated items to bring in money for the Lake Agassiz Habitat affiliate, which helps to cover operating expenses.

“We really wanted to find some way to make a substantial contribution to the Habitat ReStore,” Mergens said.

The project will also serve as a way for the Concordia chapter of Habitat for Humanity to build their relationship with Lake Agassiz.

“Throughout the years our relationship with Lake Agassiz has been good, but it could be better,” said Argabright.

She sees this project as an opportunity to really embrace their relationship with Lake Agassiz as part of the chapter’s goal to becoming more community-based.

“We really enjoy when the college chapters come out,” he said.

The build season in Moorhead is primarily in the summer, and so Lake Agassiz is not always able to provide good work opportunities that the college chapter can be involved with. The importance of the project, Rich feels, is that it will provide such an opportunity.

Another major goal of the project is to raise publicity for Concordia’s Habitat chapter. The event is right before the group will take a mid-semester trip to Duluth, and is before the spring break trip sign-up. Argabright hopes the event will help them engage with new volunteer groups.

Rich stressed the importance of the awareness about Habitat that this project will raise, especially by engaging with college students.

“If we’re doing it on campus in front of that generation or that group of people…hopefully they’ll ask questions about how they can get involved with Habitat on the local level,” he said.

The project also serves as an opportunity for further student involvement with Habitat.

“We’re trying to think of ways to get people involved in the fall with Habitat because so much of it is always focused on spring break trips,” said Mergens.

Rich agrees. He is happy that students have the chance to volunteer on the spring break trips, but would really like to see more local work done.

A huge part of the project, though, is collaborating with other student groups. Argabright wants to raise community awareness about campus leadership. Utilizing media will be big part of this.

“[We will] really embrace media so that people of this community are really aware that [Concordia has] this wonderful leadership…We just want to make sure they are being recognized for doing good work, not only in their own organization, but that they’re willing to partner up with other organizations for good causes,” she said.

Each campus organization that participates will be responsible for building and decorating one of the six playhouses. The work will be done in four-person shifts. Rich estimated that they will take approximately seven to eight hours apiece to build.

Student Environmental Alliance, one of the campus organizations involved with the project, looks forward to using the opportunity to integrate their mission with those of others on campus.

“One of SEA’s really big goals for this year was to get us more integrated on campus and make us more diverse throughout all student organization…because sustainability is a very diverse and applicable thing for all aspects of campus,” said Kristina Kaupa, Student Environmental Alliance co-president.

Once the playhouses are completed they will be displayed around Concordia’s campus throughout homecoming. Each house will have a sign posted on it explaining which organization created it. Argabright looks forward to the good exposure that this will offer each organization to alumni, parents and others who visit campus during homecoming week.

“I would really like for it to have this positive impact,” said Argabright of the project.

The playhouse build will take place on Oct. 6 at 9 a.m., and will be located directly outside of Knutson Campus Center.