Voting poll to open in Knutson: students living on campus can fill out their ballots in the Atrium 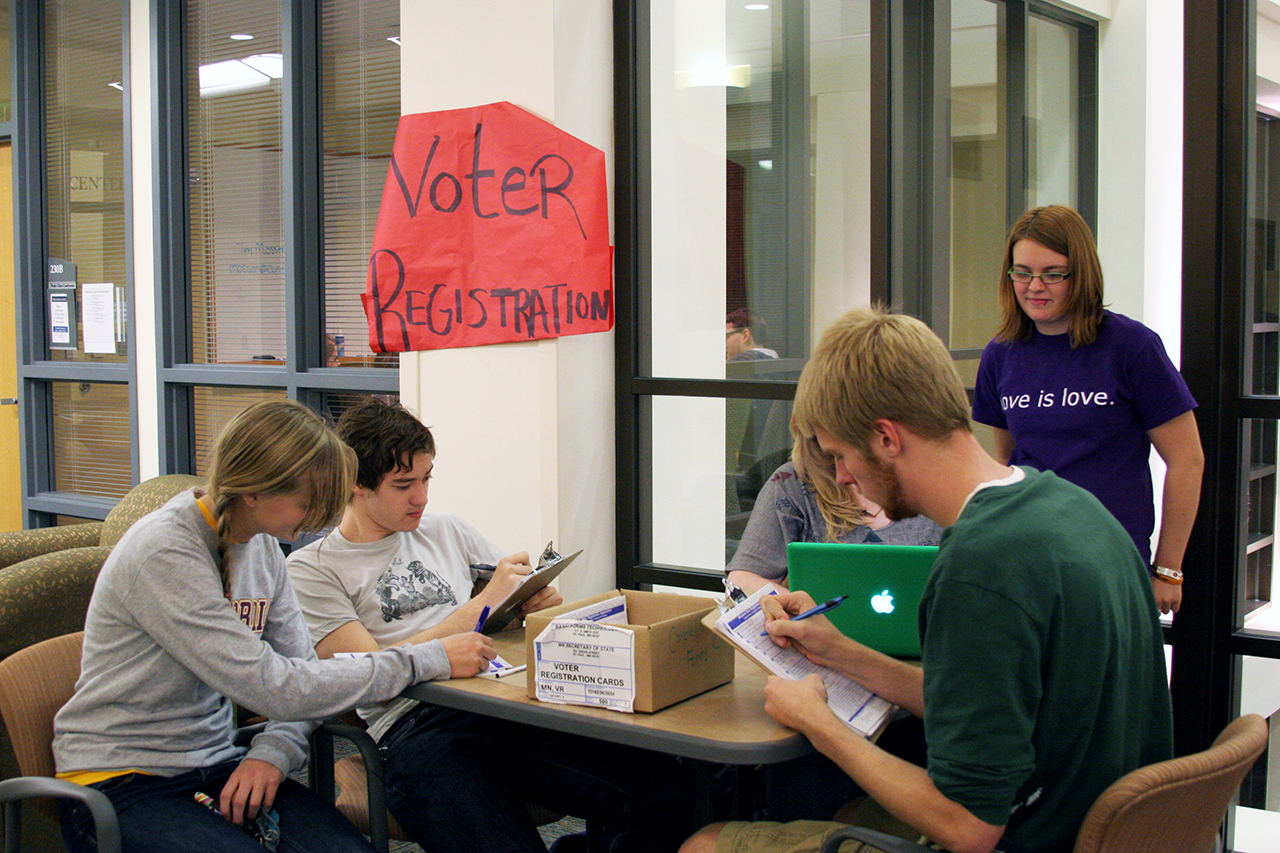 With the election one month away, students have started thinking about voter registration. A new rule beginning this year says every student living on campus will be able to vote in the atrium of Knutson Center. Those living off campus will not be able to vote there, but can go to their respective voting precincts.

Before students can run off and vote though, they must be registered. Concordia Campus Democrat’s president Ryan Deschene says this is one of the main reasons why college voters don’t turn up at the polls.

“Most college student’s aren’t registered to vote,” he said.

The reasons for this vary but the main factor, Deschene said, is that students are unsure of their voting rights and the laws about where they can vote.

Lori Johnson, county auditor, is familiar with these laws and voter registration rules. She stressed that all college students living on campus or in Moorhead can vote here.

As county auditor, Johnson understands the importance of student votes.

“They need to make their voice heard,” Johnson said, “and students have a very important voice. So every student needs to know they have the right to vote and how to vote.”

According to Deschene and Nelson, pre-registration is one of the best ways to ensure students are voting this election.

“It’s quicker when they pre-register because all you have to do is tell them your name, show your student ID and then vote,” Deschene said. “You can do it on your way to class.”

Last Wednesday, members of Campus Democrats knocked on every door in the dorm halls to ask people to register.

“It only takes a minute and a half to register,” Nelson said.

Overall they gathered more than 90 new voter registrations and many students the Campus Democrats encountered said they were already registered.

For Cobbers who feel uninformed about the issues, there are many ways to get into the voting spirit.

On Oct. 15, Concordia will be hosting a debate between Kent Ekan and Phil Hansen, candidates for the Minnesota State Senate. Concordia was chosen to hold the debate because Concordia is one of the largest groups of new voters in the district, and Eken is a Cobber graduate.

One way that Nelson said students can become more involved is to spend 10 minutes each day reading about a topic to find out about candidates’ stances on the issue. Deschene agrees.

“It’s not hard to get informed,” Deschene said, “you just need to spend some time doing it.”

Students can also attend Campus Democrats and Campus Republicans meetings to understand other students’ perspectives on issues in this year’s election.

Although not every student at Concordia may agree with voting “yes” or “no” on the marriage amendment, Nelson said this ballot issue is the perfect example of why it’s important to recognize student voice.

“Based on the polls for the marriage amendment,” he said, “the student population at Concordia could be enough to swing the vote.”