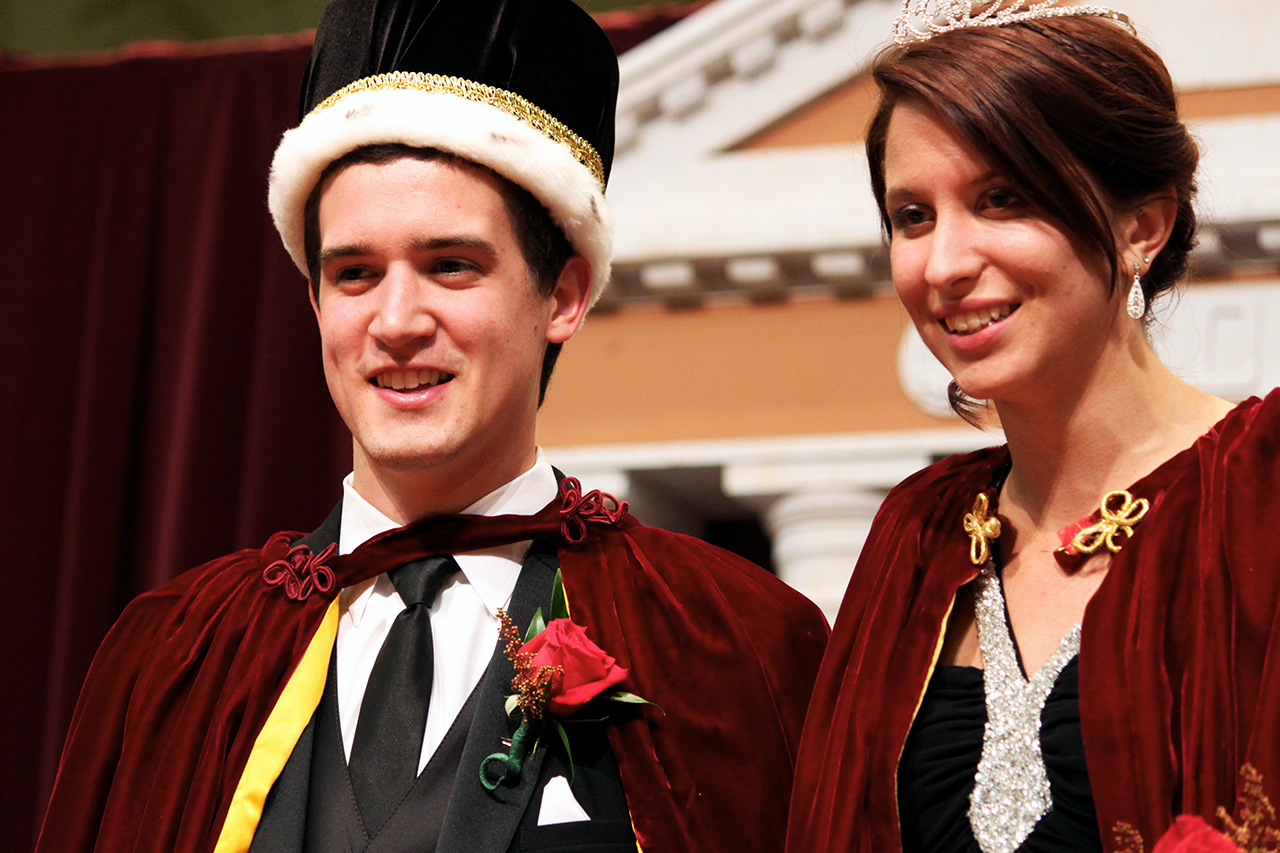 This week Concordia remembers its roots.

Concordia welcomed in the 2012 homecoming week with the annual coronation ceremony on Tuesday evening. Joel Leeman and Stephanie Barnhart were crowned king and queen.

“It means a lot,” Leeman said. “I’m very humbled by it. I didn’t necessarily know or think it would happen.”

Hosted by coronation co-chairs Matt Gantz and Meagan McDougall, the ceremony was a festive celebration of Concordia tradition with musical ambiance provided by Jazz Ensemble I and the student quartet of Emily Carlson, Carly Grandner, Jennifer Johnson, and Colin Sullivan.

Gantz was happy to finally see his work come to fruition at the coronation ceremony.

“[It is] both awe inspiring and an enormous relief. It’s all fantastic though,” he said.

The evening served to crown the 2012 king and queen of Concordia from ten students. These students were selected by their peers as those who represent the ideals of the college, according to President Craft.

Lunde said being elected a court member has made her feel blessed.

“It’s a big honor, and it makes me feel like I made a big difference,” Lunde said.

As the crowning ceremony commenced, each student was escorted by a faculty or staff member. The escort was chosen by the student as someone who has been a mentor to them during their time at Concordia.

“[It is an] incredible honor,” said Dr. Michael Wohlfeil, a faculty escordt from the  education department.

“It’s just an honor to be able to watch these people grow and think you had a small part in their memories,” she said.

Before the crowning commenced, the audience was addressed by last year’s Homecoming Royalty: Elise Tweten and Skyler Vilt. Both reflected about their challenges and BREWing experiences at Concordia, and how this contributed to their personal growth.

“Concordia messes students up, but it’s fine because it’s for the betterment of the world,” Tweten said.

In the tradition of remembering roots, a childhood photo of each participant in the program was shared with the audience, President and Ann Craft included. A slideshow of all past Concordia Royalty was also shown.

The event closed with the Royal Proclamation by the king and queen, officially opening Homecoming week.

Wohlfeil thinks this type of event is something that “only Concordia could pull off.”

This is just what Searle Swedlund, former Concordia king and Homecoming advisor, promised at the beginning of the ceremony.

“Make no mistake,” he said. “No one celebrates homecoming like Concordia.”